The Showbox app, which is an alternative to Popcorn Time for streaming Movies And series, begins to flow as well Music No fee required

If you have a close acquaintance with the applications of popcorn Time and-Kodi, There's a pretty good chance you've also heard about Their competitor Showbox - which provides a non-legal capability for streaming a variety of movies and series for instruments Android (And for computers that run the Bluestacks emulator).

Now, the application with Popcorn Time is probably one of the biggest headaches Hollywood has decided to open another hot front - and also adds a beta option for direct streaming of popular music, like Spotify andGoogle Music, but also here in a "gray" and free way. 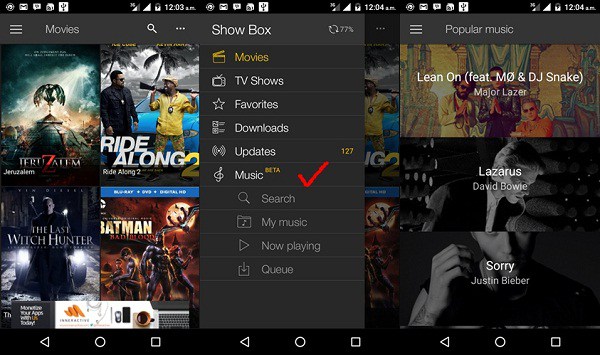 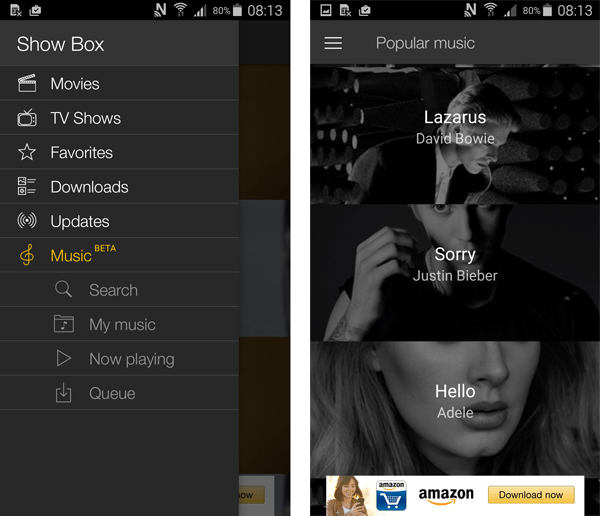 The Showbox app (not found in thePlay Store Of course, and is available for installation only via external APKs) - now also with music

It is not clear whether this is the beginning of a trend that will lead to a situation in which Apps And other parallel streaming applications will add the possibility to stream audio as well (thus becoming a kind of 'center' for all types of pirated content streams), but we have no doubt that the record companies do not like the initiative.