Return of the King? • Familiarity with the Snapdragon 820 chip • HWzone

The year 2016 is approaching us with huge strides - and with it chip The new flag from home Qualcomm, Who will need to prove to everyone that the "Snapdragon The non-brilliant 810 was a one-time stunt, and the return of the American company to self-developed processing core will enable it to return to the top spot in the market in terms of popularity, news and performance.

Now, after several partial announcements, Qualcomm have decided to launch a formal and full launch of the new and upcoming chip - theSnapdragon 820.

In the launch, the company confirmed that the Snapdragon 820 will be based on four Kryo processing cores, 64 bit cores in the development of Qualcomm, two of which will be high-power cores operating at a maximum frequency of 2.2GHz, and two more will be more economical cores that operate at a maximum frequency of up to 1.6GHz Or 1.7GHz. Each such crossover will be based on its own L2 cache, and all four will collaborate with a common L3 cache, with a vertical nature of the work and allowing any combination between the cores, depending on the processing power required at that moment. This is not a big.LITTLE solution ARM Itself but an alternative version of it, but the idea behind the scenes is very similar.

Alongside the four general processing cores will be the Adreno 530 graphics core, which promises to deliver up to 40 per cent of performance compared to the Snapdragon 430 Adreno 810 (which is still one of the most powerful in the market for devices Android, And is intended for effective practical use of 4K content, and especially for the use of high resolution and display speeds for virtual reality applications,Google Cardboard and Gear VR. 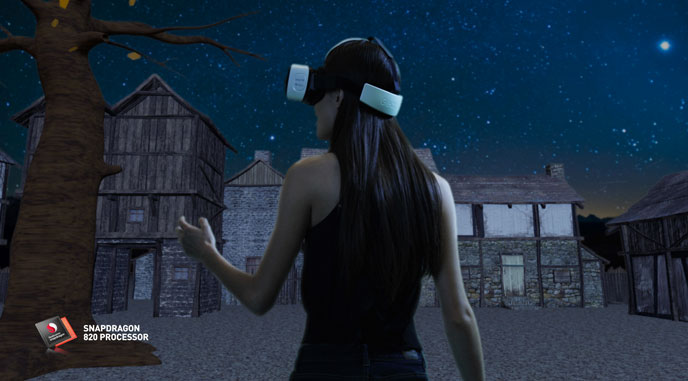 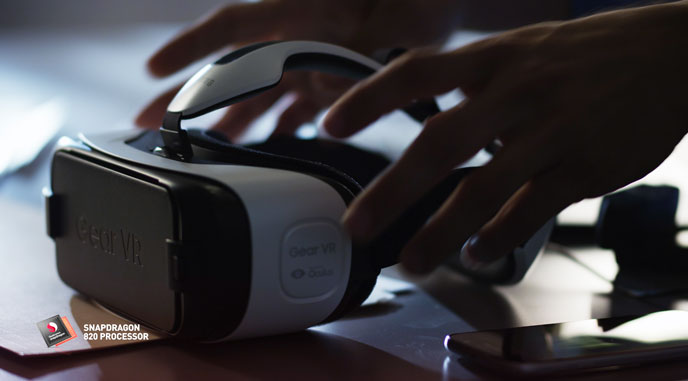 Virtual reality on smartphones is already alive and kicking, but the Snapdragon 820 declares that it can take it to a new level of Performence And visual quality

Beyond these important basic data, Qualcomm will have a significant range of exclusive and interesting capabilities and applications that will help it differentiate from competing chips סמסונג Apple, which offer no less (and perhaps more) processing power. 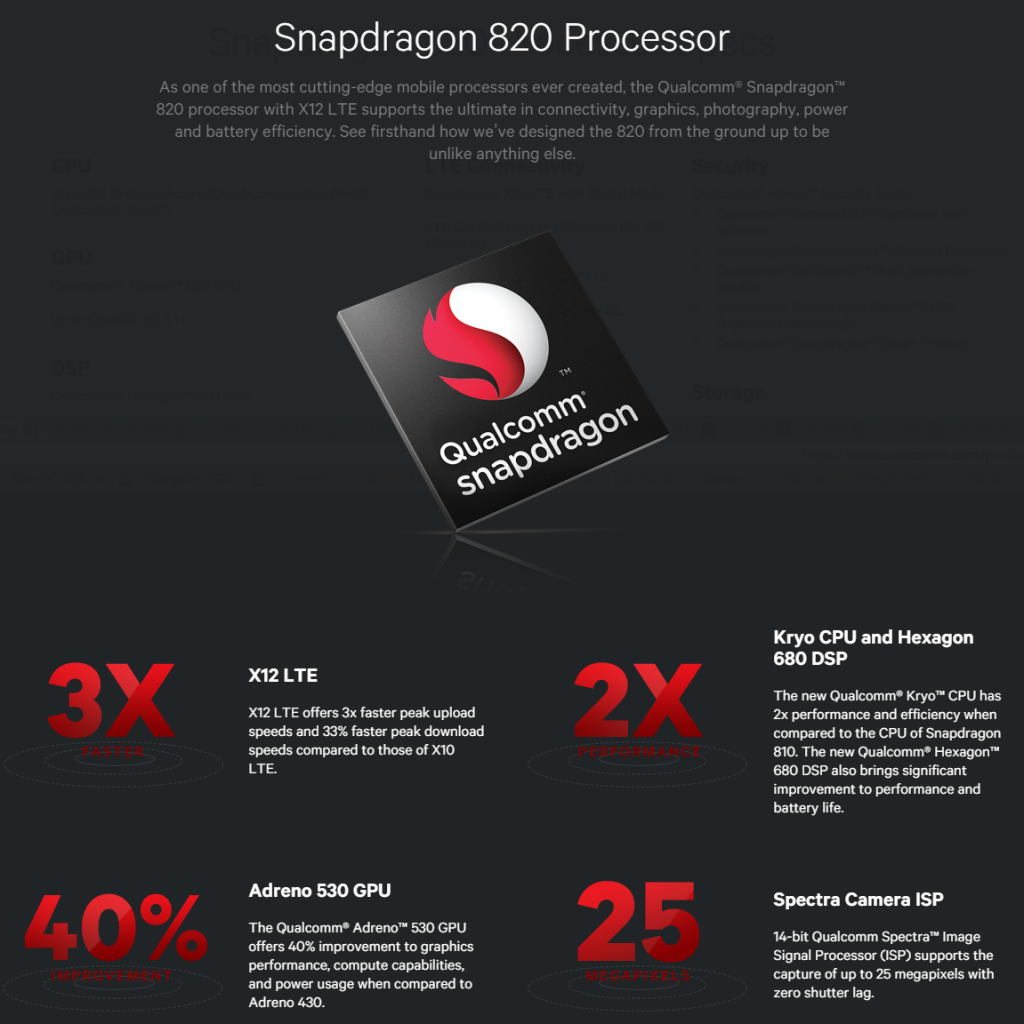 The first feature that is of great interest to us is the Quick Charge 3.0 technology, which promises to support even higher speeds than the Quick Charge 2.0 and provide a good battery charge efficiency of about 40. In the bottom line it means a potential charge of up to 80 35 minutes only. Fast charging times may not be a substitute for proper battery life, סמסונג And 2's flare Asus They have already shown us, they are a very positive addition that further reduces your chances of getting to the point where the smart device is alive just when you most need it.

Other cool elements include support for WiGig technology in the 802.11ad standard, which uses a large bandwidth in the 60GHz region to transmit ultra-fast information between 2.5 Gigabit per second and 7 Gigabit per second in ranges of tens of centimeters,Wi-Fi The 802.11 standard with two antenna MU-MIMO arrays for theoretical speeds of up to 1.7 gigabits per second, processes it up-to-date digital that uses dedicated photography algorithms for highly effective photography in dark environments - as well as fingerprint sensing technology with sound waves (instead of any touch-sensitive technology) The sensors are now available), which will allow more precise sensing through metal and glass surfaces, as well as wet and dirty fingers.

Videos from the anandtech site that demonstrate the supersonic fingerprint reading

For dessert, the Snapdragon 820 will also include several upgrades when it comes to its cellular communications - from a modem that supports a Cat.12 standard download to up to 600 megabits per second and a Cat.13 standard upload to up to 150 megabits per second (though needed For example, film widths that do not exist for cellular operators in Israel today (similar to most overseas markets) are required through technology that will allow a smooth and seamless transition between LTE and Wi-Fi connectivity according to the best signal quality in any given situation, and to ensure that the current generation is surfing based On connectivity Mobile phones Of the fourth generation will be identical in its power consumption to surfing based on connectivity Wi-Fi, Compared to a gap of about 15 per cent in favor of theWi-Fi Which exists today.

First smartphones based on theSnapdragon 820 may be officially unveiled before the end of the year, and will probably reach the market in the first month of 2016. We certainly hope that they will meet high expectations. And you?