The Secret of Huawei Magic • HWzone

About two months ago we got a huge surprise from Xiaomi with the Mi Mix, Unlocked Which included a ceramic body and a minimal screen cover that enabled it to stand out from the other advanced smart devices on the market.

The Mi Mix has helped Peak to gain increased international interest, even if the number of consumers who actually buy it is very limited - and now there seem to be some Chinese manufacturers hoping to win credits, thanks to new designs with unusual design and features, such as Huawei for example.

The new Huawei Magic (or Honor Magic, if you prefer) goes in a different direction from the Mi Mix, but also offers a level of uniqueness that we are not used to seeing from Chinese manufacturers, even when it is the largest - on the device you will find a Super AMOLED size screen 5.09 inch QHD resolution, which makes it one of the most advanced and dense in the entire market. It is also convex on both sides like those in the devices of the סמסונג, And adds to the curve of the protective glass at the top, giving the whole product a look and feel reminiscent of a smooth, elegant and pleasant smooth pebble.

The hardware inside the device has built-in 64GB storage, dynamic 4GB memory, and duo. 12 Megapixel Rear View Cameras Each which is the same array as the Honor 8, the 8 Megapixel front camera - and also chip Kirin 950 is an old and disappointing little octagonal cores that seem to indicate that Magic has been developing somewhere since the beginning of the year or even last year, and is only now due to technological delays.

A feature worth focusing on in Magic is the battery - inHuawei Use a not very impressive 2,900mAh capacity cell, but it is based on the "graphene reinforcement" technology developed by the company in its labs, which allows it to load larger loads and suppliers without safety concern. This allows the company to declare that the Magic can deliver 40 percent of capacity in just ten minutes, 70 percent of capacity within twenty minutes and even 90 percent (!!!) of capacity in only half an hour, probably on the way to the fastest full load time in the entire market, By a considerable difference. We really hope that these are real and practical capabilities, and not promises that are a little too pink to fully exist in the real world.

God-Huawei Magic also includes a first-of-its-kind application for smartphones for the company's detection and traceability technology Tobii - In this case, the dedicated infrared camera on the front of the device should light the screen only when it detects the user's gaze, and even include the option to display notifications and notifications on the lock screen only when it detects the specific user's eyes and eyes, while everyone else is looking at the screen Will see him light up, but without any personal information.

The unusual smartphone will also come with a dedicated interface called Magic Live UI, based on Android Marshmallow and includes smart contextual apps designed to deliver the "magic" that appears on the device's name - with a shortcut button from the lock screen that will teach your routine and launch the app that you want to use at the same time and day when you click it, automatically switch to driving mode when identifying what looks like a login For vehicles and the like. These options may be mostly half-baked and annoying, but will give the company the opportunity to enjoy the supplier - it may also be relatively useful if the application is of sufficient quality. 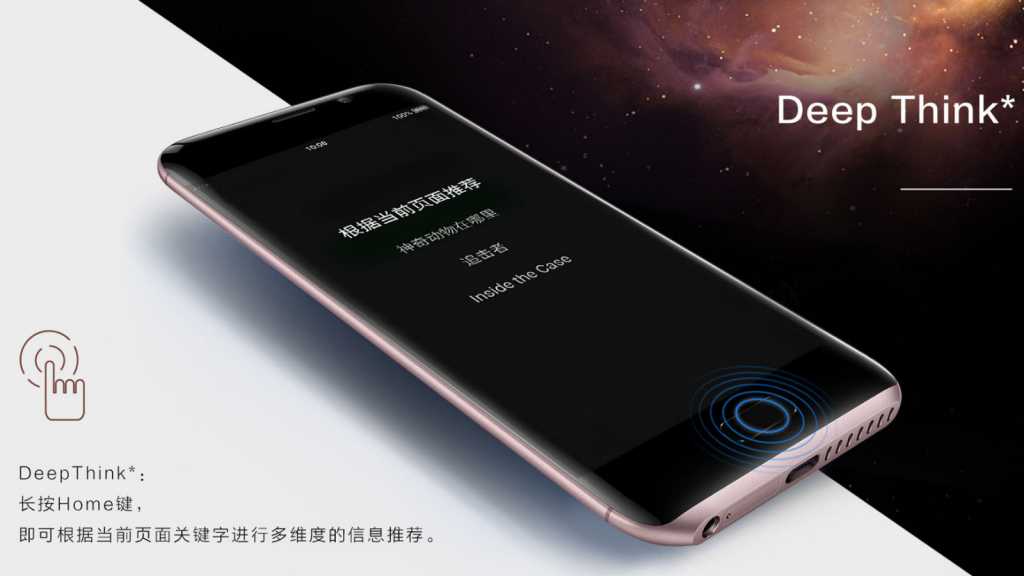 The Magic will be available in black or white, with an insignificant 3,700 Chinese Yuan price tag, which is about $ 530 in direct conversion - which is even higher than the base price of the Mi Mix, which includes more advanced material specifications. However, it is worth noting that Huawei does not purport to compete with other Chinese manufacturers in the cost-benefit category for some time, but relies on its reputation to provide price tags that are closer to those of סמסונג Waffle - so from that perspective, the Magic might be considered a relatively competitive price tag. 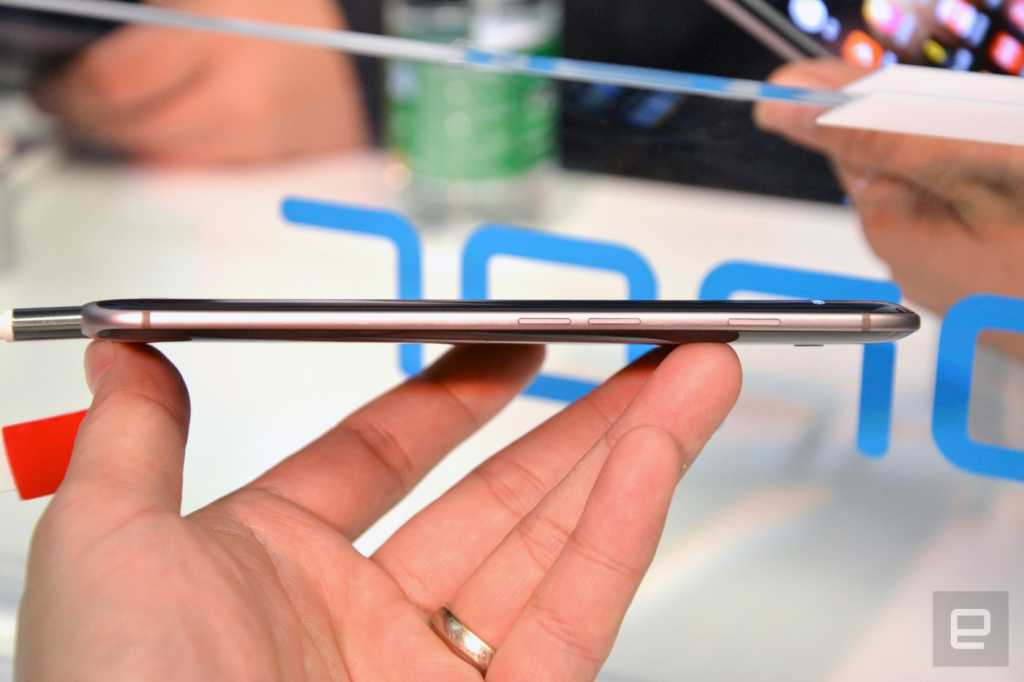 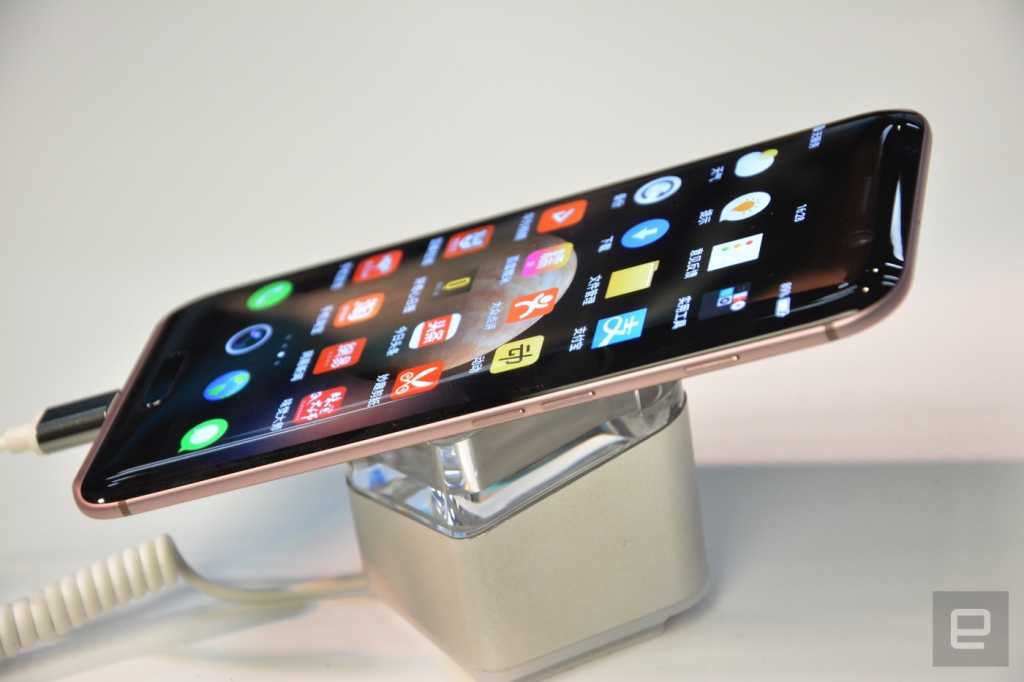 We've already received impressive devices fromHuawei In the past, it would not be an exaggeration to say that Magic is the most interesting device the company has created to date
Source: engadget.com

The key similarity between Magic and Mi Mix is ​​that both of them are defined by their manufacturers as a "concept device", one that is likely to be offered in limited quantities (which will cause the price tag to leap forward compared to what is officially recommended), and probably won't have any continuity - Though the unique features which may well turn into fresh features in mainstream models Huawei And Shiyumi, respectively, depending on consumer responses, of course.

So, like the revolutionary and unique ceramic body of the Mi Mix, we believe that the technology of sensing and tracking the eyes of the user, the interesting convex body and especially the amazing battery charging capabilities of the Honor Magic will continue to accompany us in many other smart devices in the near future . Agree with us?