Motorola Introduces: A smartphone that is also an extreme camera 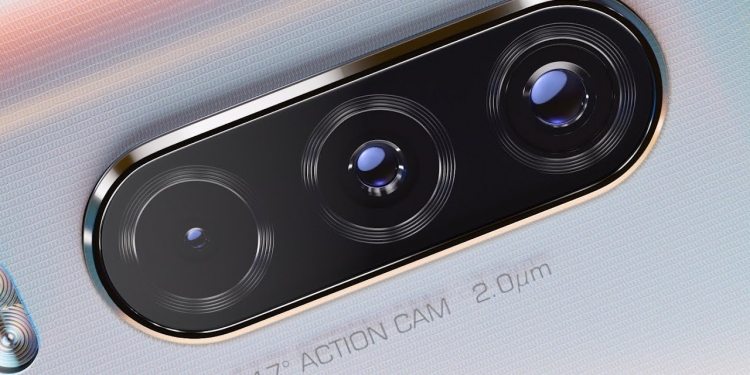 Motorola has launched quite a few innovative and special mobile devices during its many years in the field, and it's nice to find that the brand continues to dare and try to do things unlike everyone else - even when it's not really the same glorious company from the past.

The new One Action device looks like a fairly average mid-range model at first glance, and at second glance - but overall camera One of the three at the back which makes it stand out in the crowd. camera In a style that is usually offered mainly in action cameras, designed to document under conditions where most smartphones will find it difficult to function properly or even survive.

What's most interesting about the model is the rear camera system, where you will find a 12-megapixel main sensor from Sony, a 5-megapixel unit that serves as a depth sensor - and a 16-megapixel camera with an ultra-wide 117-degree angle Video Exclusively, which was mounted vertically from the direction we are used to on smartphones, so that in portrait mode, a wide horizontal image is actually obtained. Combining the main unit and the secondary video camera capability ensures that the user can produce videos Video Panoramas deserve regardless of the angle at which they position their device, so that record of all the action taking place in the environment is more convenient.

Despite the name of the device indicating its intention to replace the extreme cameras, the One Action does not include significant official protection against falls or against water and dust (IPX2 standard only) - so its potential in the field will probably be limited in relation to the cameras of GoPro And its like. However, the general idea is certainly interesting, and its more mature and advanced application may well find itself a small new niche in the modern crowded market.

God-Motorola One Action (or motorolaone action, as it is called in some official sources) will be offered in Europe starting in the coming days in dark blue, black and white at a price of 260 euros, including VAT. Is this the beginning of a new successful trend? We will live and see.