Advanced photo sensors with modest resolutions, screen 4k That almost no other company has and also a mini model that retains most of the capabilities of the big brother - Sony Probably will not suddenly become the most successful smartphone maker in the field, but also does not show any hints of planning to give up the unusual style that has accompanied it from the beginning

The most common description heard for models Xperia 1 of the last two years has probably talked about not getting the appreciation they deserve - the mother Sony Can you change the situation in the third year of its modern brand in the world of smartphones? The data is in front of you, and you are welcome to try and predict the way forward.

The Xperia 1 III (or Xperia 1 Mark III) is the main flagship for 2021, with a 6.5-inch OLED screen with an impressive 3,840 × 1,644 pixels resolution, a 10-bit tint display depth and also a refresh rate of 120 Hz (including sub-sampling At 240 Hz to reduce the effect of smearing traffic in selected games) that was not available in the previous generation, chip Qualcomm Senior Snapdragon 888, front stereo speakers, headphone slot, 3.1GB or 256GB internal UFS storage alongside 512GB of LPDDR12 memory that comes standard for all consumers, system Android 11 with a unique professional interface for the cameras created in collaboration with the successful dedicated division of Sony, Fingerprint scanner Built-in versatile and enlarged 4,500mAh battery with support for charging 30 watts wired and charging 11 watts wireless in Qi standard.

The main camera array in the Xperia 1 III consists of three relatively large and rather interesting 12-megapixel sensors, with support for a 0.3-megapixel depth sensor and a relatively simple 8-megapixel selfie camera. The main sensor offers optical stabilization and electronic stabilization in five axes with the ability to record video 4k At an impressive 120 frames per second plus 1080p video recording at up to 240 frames per second including HDR, camera Wide based on a 1 / 2.6-inch sensor that is relatively large for the category - and a telephoto camera with its own optical stabilization that is the main innovation thanks to the ability to adjust itself to two aperture developers and two early lengths for a 3x or 4.4x zoom compared to the main unit.

The Xperia 5 III is Sony's scaled-down flagship model, enjoying a small number of direct competitors in an era where most manufacturers are mainly advancing in the ability to zoom in more and more without completely losing control of the weight of the final product - when launched in parallel withXperia 1 III and not at a later date indicates the increased attention that the company hopes to accumulate for it.

On this device you will find a 6.1-inch OLED screen with a more modest 2,520 × 1,080 pixels resolution but while maintaining a 10-bit color display depth and a refresh rate of 120 Hz, the same chip Snapdragon 888 and the same advanced main photo array (minus the depth sensor), 3.1GB or 128GB UFS 256 storage includes expansion option via microSD cards, 8GB dynamic memory and even the same built-in 4,500mAh battery with 30 watts charging in wired connection, but without the addition of wireless charging. This is a decent amount of features compared to a model that weighs only 168 grams, with a fairly reasonable thickness of 8.2 millimeters and IP65 and IP68 protection from water and dust - with a reasonable estimate that battery life will be better both from the Xperia 1 III which features a larger and denser screen and direct competitor Makes the most sense Galaxy S21, which is satisfied with a 4,000mAh battery only.

Sony's new team includes enough advanced and even unique features to compete with the biggest - but the second part of the story will remain under significant question even in the current incarnation, when unfortunately we are not entirely clear on the availability strategy (sometime in the next two months) or pricing. More than 1,000 euros as a starting point forXperia 1) of the company that has already demonstrated very good capabilities in these aspects in products from other categories.

What will happen to Sony This year in your opinion? Feel free to share in the comments. 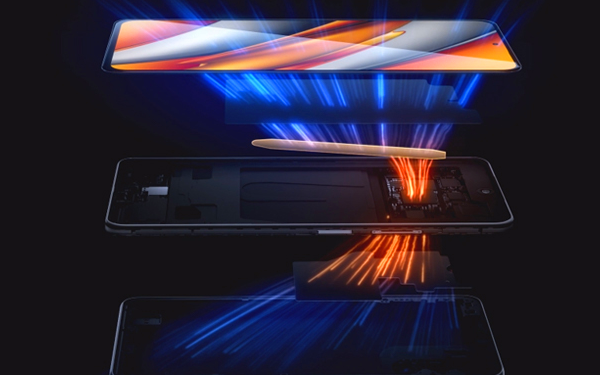