Android Lollipop Review: The best Google has to offer

Android 5, Android L, Android Lollipop or whatever you want to call it. Latest operating system Google She is her most anticipated since Ice Cream Sandwich. Maybe because it's the first time since 4 that Google has decided to promote the operating system of her own book as befits a serious version, and perhaps because the changes we received in catechte and even in Jelly Bean were not world-reversed (but not insignificant at all). No matter how you look at it, this is the most fundamental change that Google makes in the operating system to the world's smartest smartphones, so of course we went out to check what it was about.

The first thing that is felt with Lollipop is the massive vizual change that Android has experienced and it can be said that in this area the transition feels as great as it felt between Android 2.3 to 4.0. Google's new design language, known as Material Design, is already well known from the familiar setup wizard Android. The black backgrounds and the minimalist blue texts have disappeared to them and have come to them in countless pastel colors. The white background is the new black, and in fact you can say that Lolipop feels like a negative image of the design we have become accustomed to in ICS, Jelly Bean and Citic. 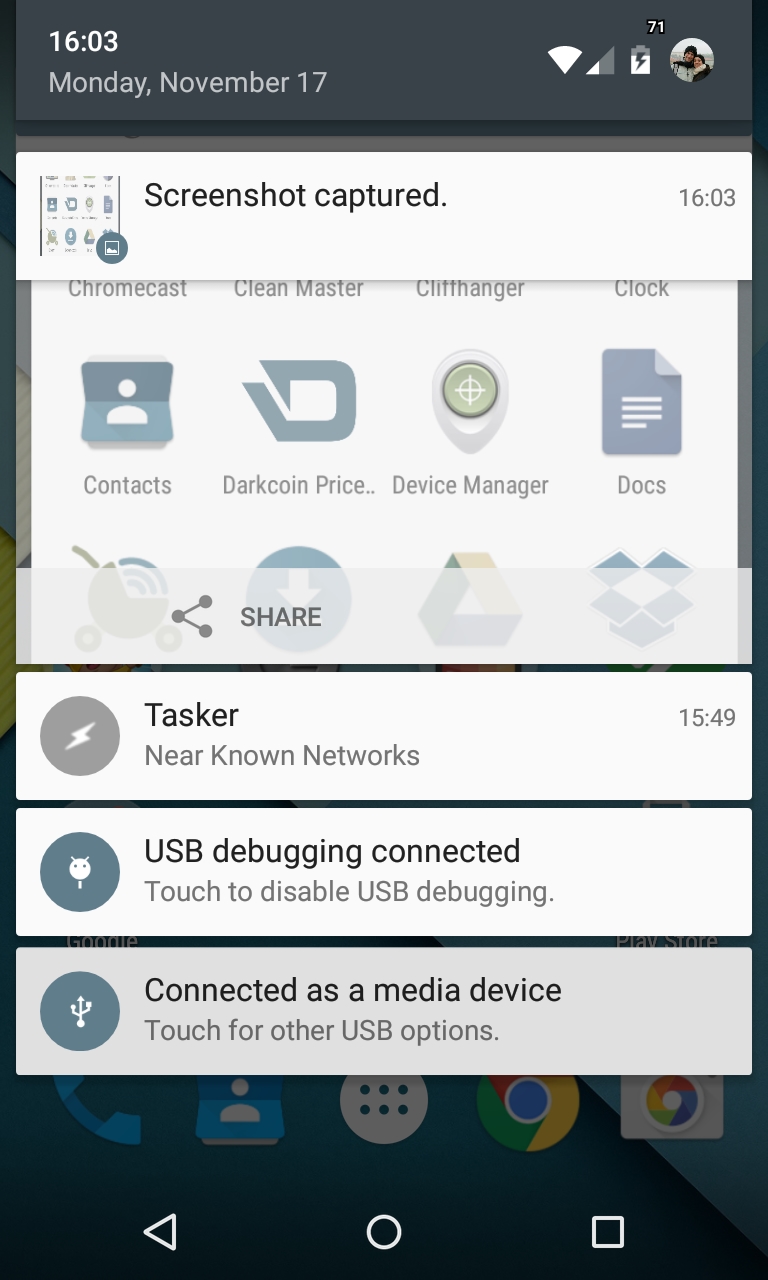 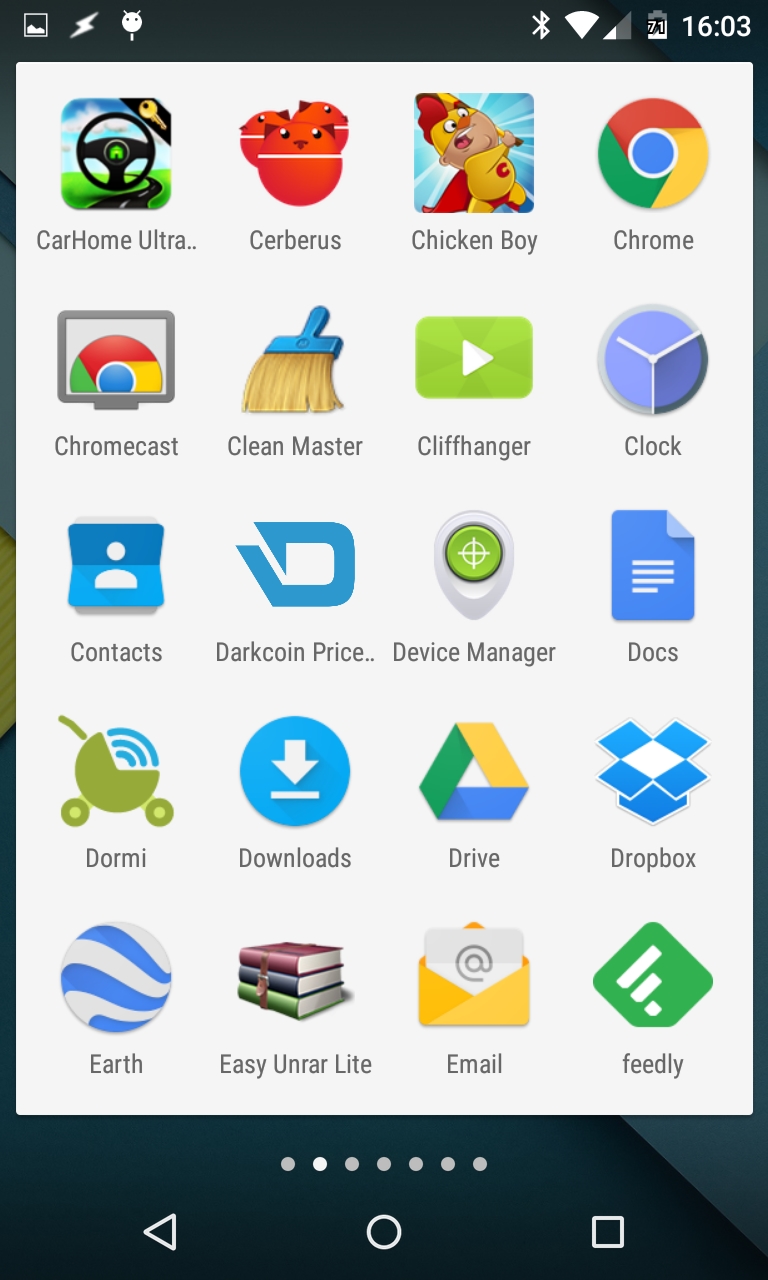 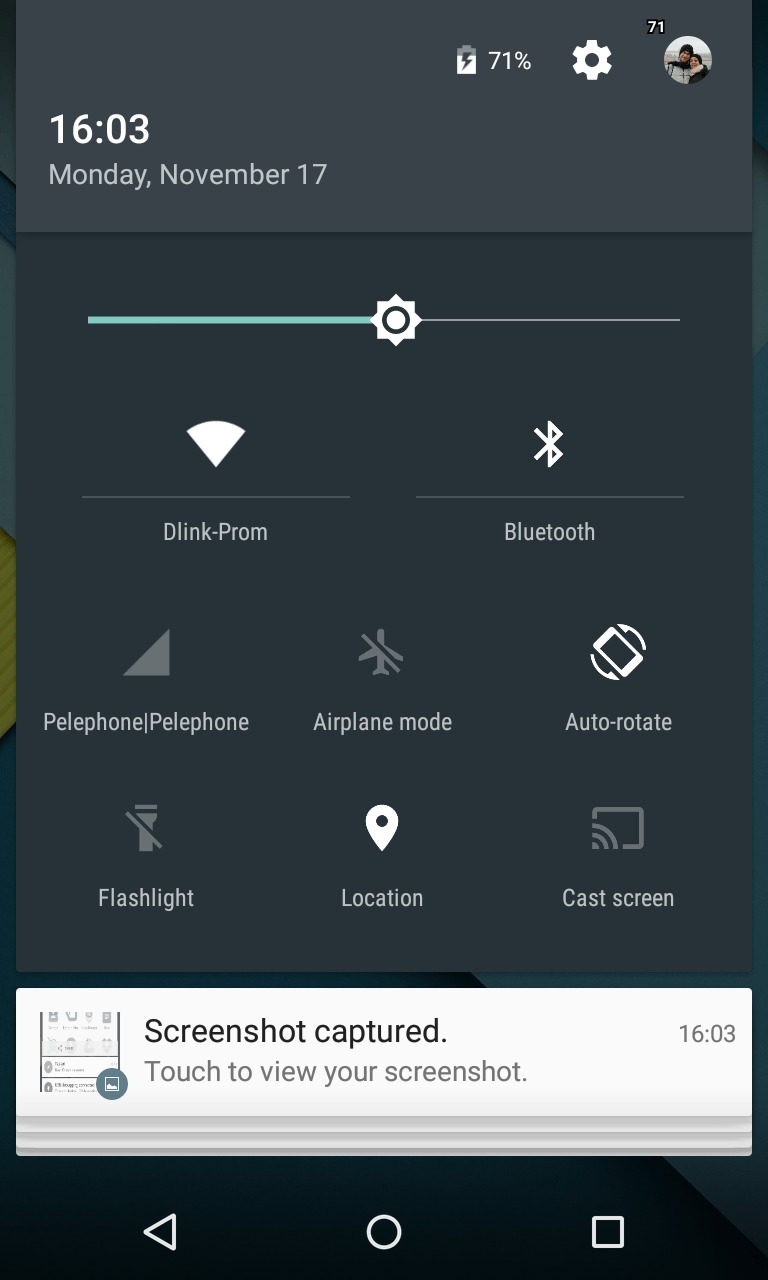 But not only have colors changed, but also transition animations. Transition animations are not really something new in Android and have been there more or less forever, but they have never been as smooth or integrated so well with each other. Every action done in the system, whether it is to open or close an application, to switch between menus, to enter settings, etc., is accompanied by the most seamless animation that makes all the use of the device feel like a single continuous experience. It works and feels great and really shows how a completely cosmetic change can drag behind an impressive psychological effect that makes the user feel like the system reacts faster than reality. Needless to say (but we will note anyway) that included Apps Google Including Gmail, Calendar, Keep, Maps, etc. have been adapted to the new design method and great visibility and facts.

Alerts are the name of the game

After we got used to the changes in the vizolas (hey, Someone named Flappy Birds in my Easter Egg!), We shall go through the bulk of this change, and it is certainly, at least in our eyes, the warnings. Alerts have almost always been one of the best parts in Android that also made it very different from the competitor at home Dark. To this day, the two companies' approach to chatting is different. On Android, the emphasis was (and remains) on informational alerts, available at all times and as little as possible. With Lolipop, the alerts get an interesting upgrade when they also appear in the center of the lock screen by default. You can set the privacy level requested (do not display the content of the alerts or even not display them at all on the lock screen), but the idea is clear. The alerts are available to the user as quickly as possible,Motorcycle X of popup alerts when they arrive. The difference here is that this is a complete duplication of the alert, along with the expansion feature when needed. The problem with this is that regular alerts, such as Tasker's, will appear on the lock screen regularly. At this moment, it is not possible to determine which alerts are displayed and where all alerts are duplicated between the new notifications screen and the lock screen. A little annoying, but not so bad. 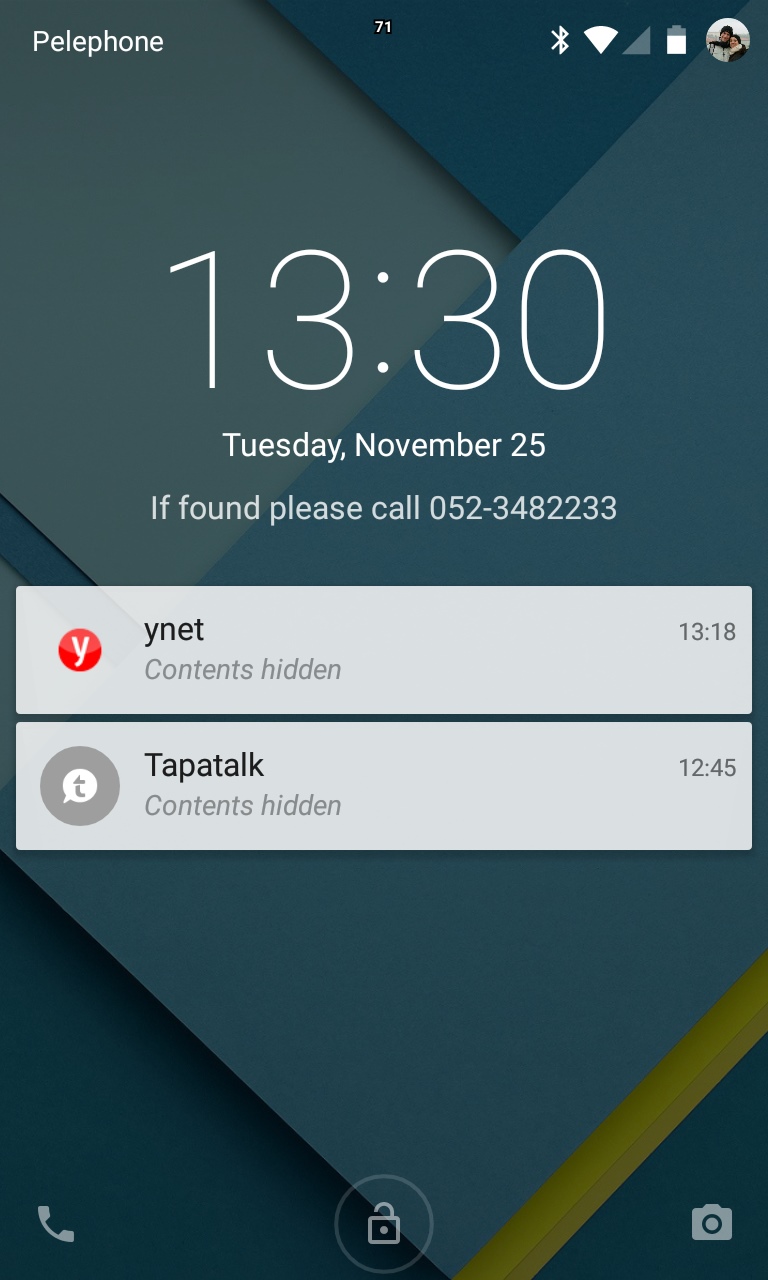 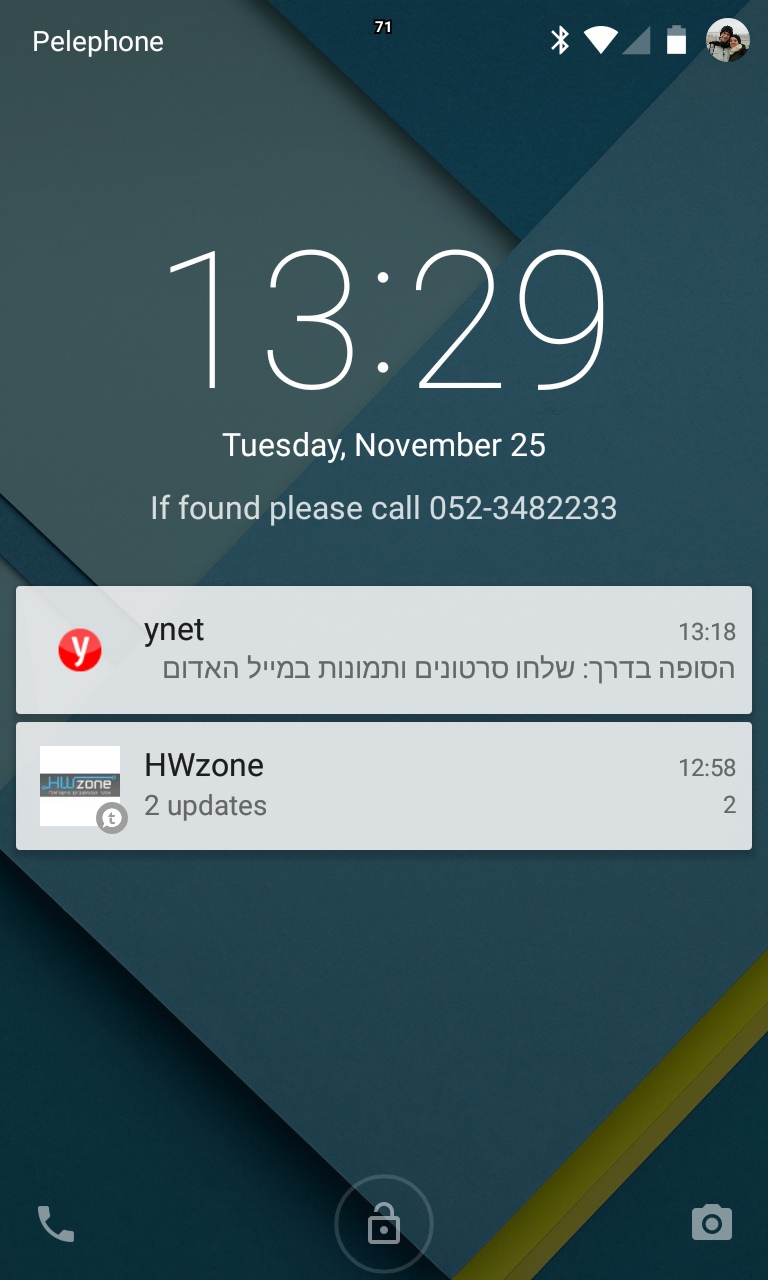 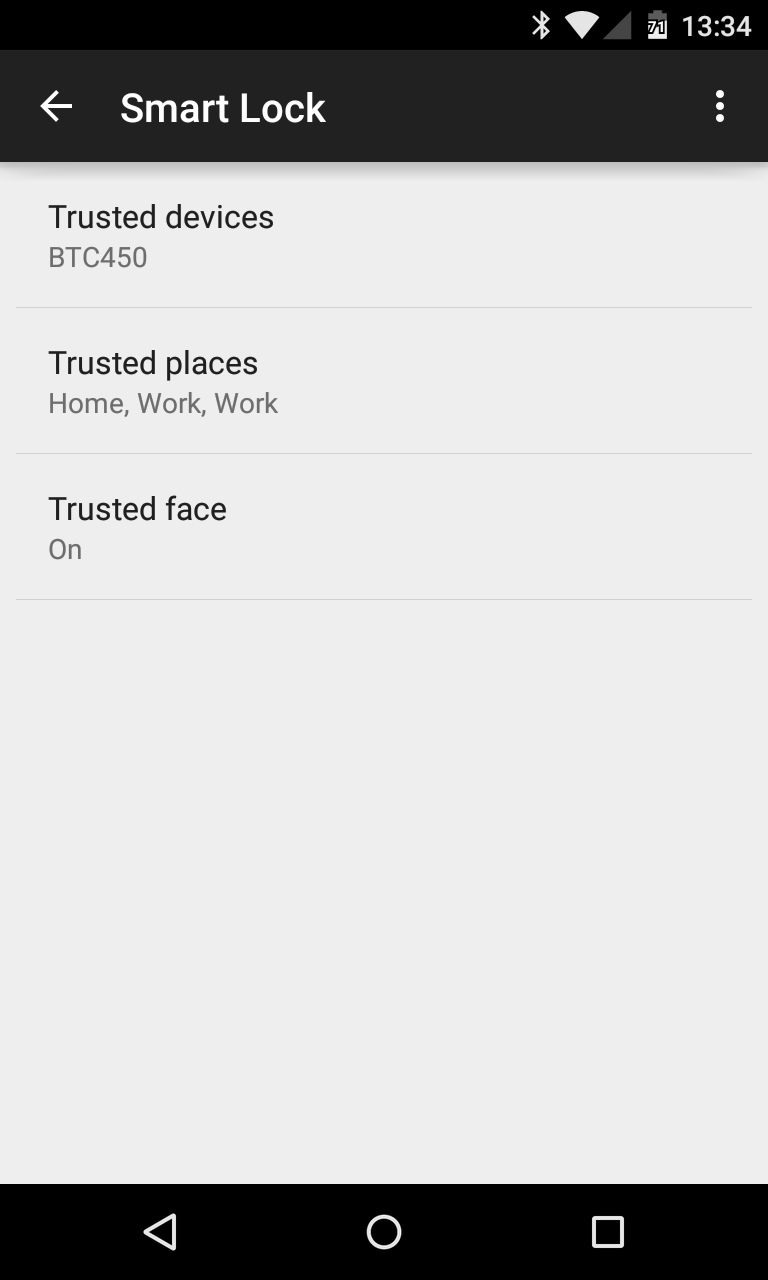 Some of you who dig deep will find a situation called smart locking on paper that sounds nice. The idea is that if you have set up a secure lock screen (with configuration lock, pin or password) and you are near a predefined Bluetooth or NFC accessory, the security level will go down. Sound familiar? That's because that's exactly what Samsung did when they introduced the first Galaxy Gir. It does sound like a feature sewn on a smart accessory, and began with a version Google Play Services 6.5, you can also set a geographical location as safe, when your workplace and home (as you defined in Google from scratch) can be activated immediately. You can also set your face to be secure, and actually use a face lock (the situation where you unlock your device by the front camera) as a type of Security. But a face lock was and remains an option Security Weak and unreliable, so we would not recommend it, not even as a program B. On old devices

Google has launched a change in the ringing conditions of the device. If in the past it was possible to quickly set a full sound, vibration or a completely silent device then the situation has changed and now instead of setting the vibration we find what is called Priority. Priority mode allows you to define exactly which alerts and interruptions will be allowed and which will not and for how long the mode will be active. You can access it by changing the volume of the device and then selecting it from the menu. You can set notifications of events and reminders to be heard as well as phone calls and / or messages. You can also set that only contacts, preferred contacts or everyone can interfere while activating this mode. Also scheduled activation of Priority mode, a feature it calls Downtime and Users סמסונג and-LG They must have known each other long ago. In fact, this is a pre-defined quiet situation. 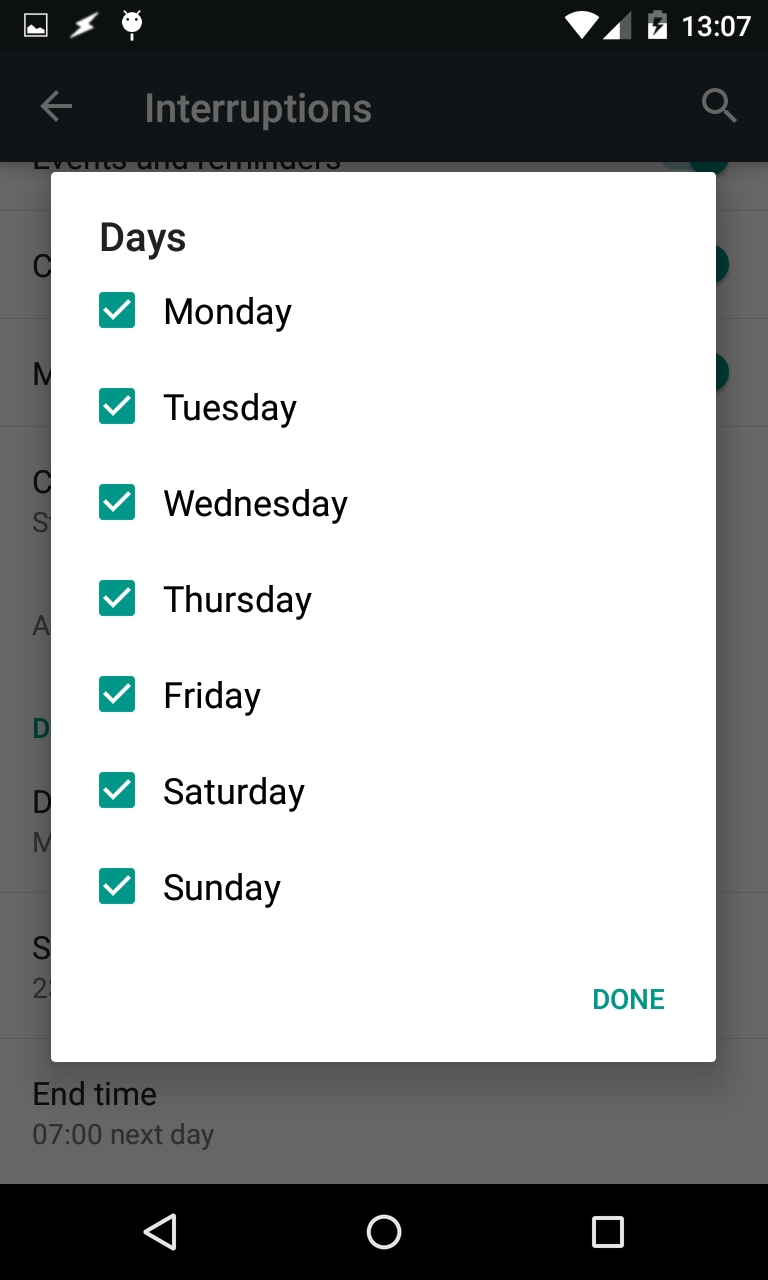 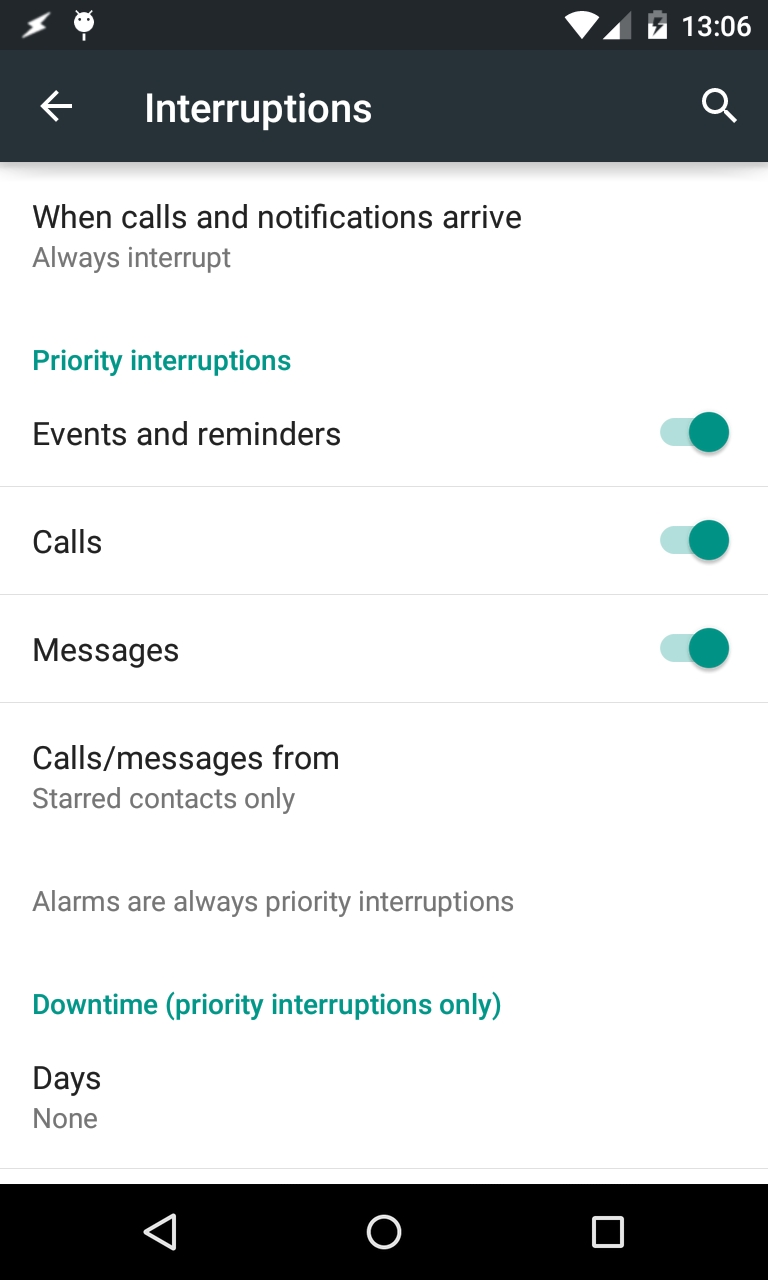 Another feature that will be familiar to users LG Mostly, it's an uninterrupted phone call. The idea is that when using the device, an incoming call will not take over the entire screen, but will only be displayed as an alert at the top. As we said in the G2 review, this is a great idea.

The battery is the center of attention

When Jelly Bean was launched, Google Introduced Project Butter, designed to make the system display smooth on even weak devices. Now Google Introduces Project Volta, which is designed to display more accurate information about battery life to help the user understand what is wasting it. The familiar graph of battery life has become more detailed, with more accurate segmentations for each app's use. The device now displays an approximate time until the end of charging on the lock screen and also an approximate time until its completion under current conditions. In addition, and as part of the mentality of "collecting" features from other manufacturers, Google Launched a battery saving mode (similar to all different manufacturers) which allows saving in life battery When its charge level reaches 15%. The problem is that unlike all the other different manufacturers, nothing can be set beyond whether this feature will work automatically. It will activate when the device's battery reaches 15% or 5% (by definition), dims the screen brightness, disables all animations, disables background use of information traffic and disables vibration. While it is on, the notification bar and navigation bar will be painted in a shocking orange color, to indicate to a user that it is not really worthwhile to continue like this. It's a bit disappointing that unlike other alternatives on the market it is not possible to determine exactly what will happen in battery saving mode but we assume it is designed not to hurt the "feelings" of other manufacturers, similar to many minimalist additions you will find in clean Android. 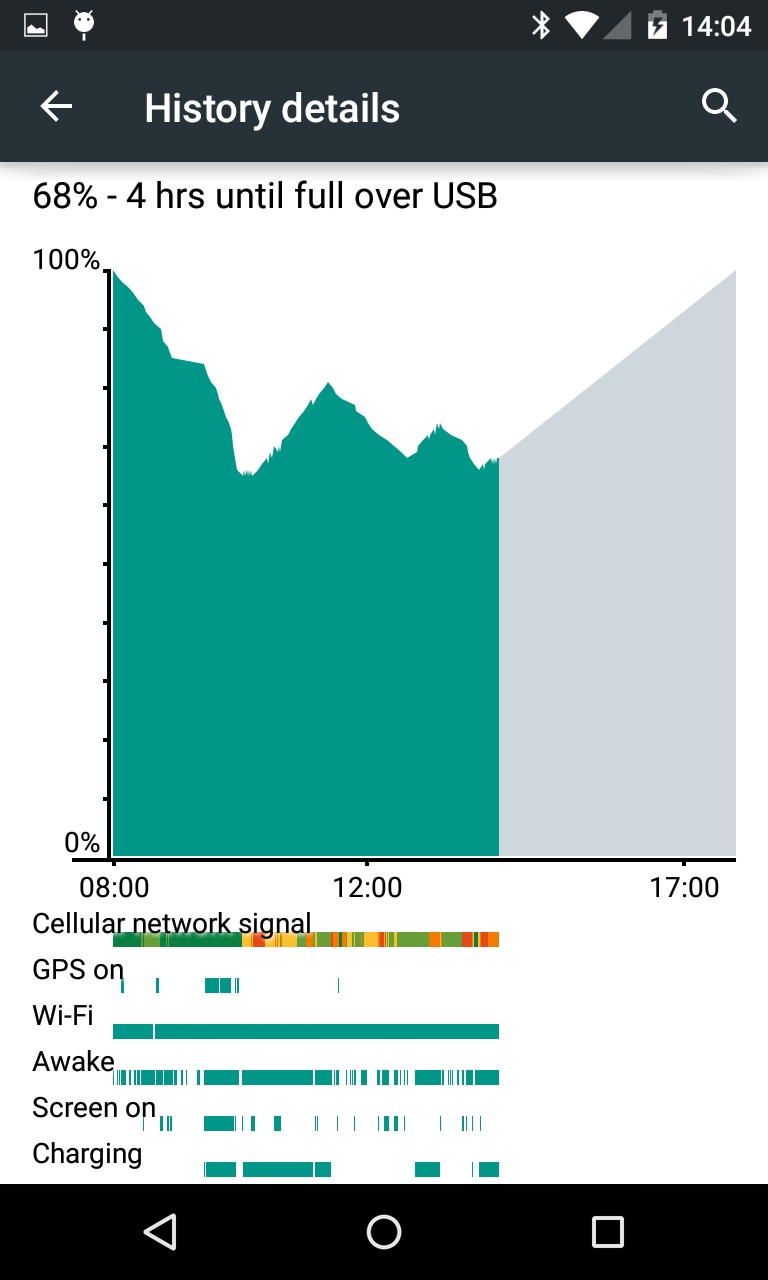 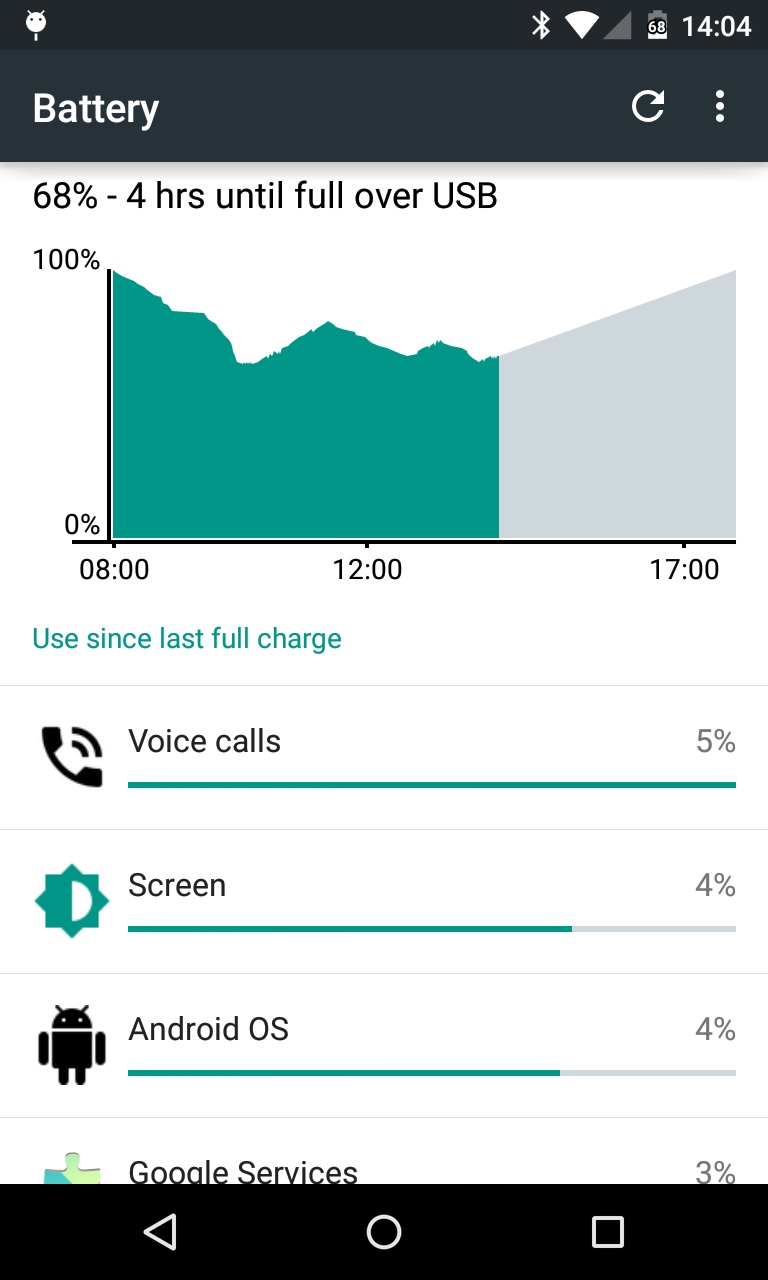 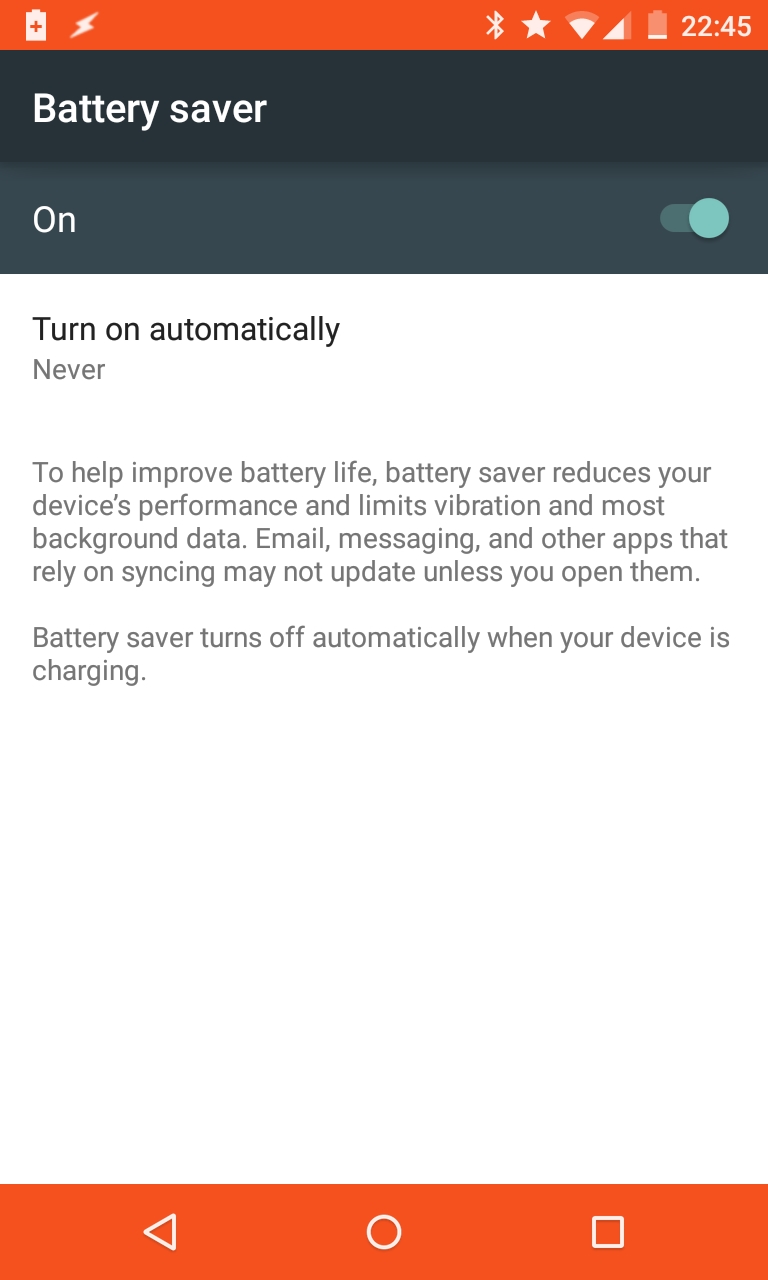 So: Moving files in NFC is more convenient now (does not require pinning + clicking on the screen that was super uncomfortable), there is more EMOJI on Google keyboard than any other keyboard on the market, switching between Apps Last now beautiful and fast and constant, there is a flashlight control in the quick controls menu, you can "lock" application Screen To prevent a friend from snooping on him just to look at your funny phrase, you can easily restore settings from another device and more. Below the engine you will find encryption by default (Only for new devices Which will come with Lullipop installed by the way), support for modern audio and graphics standards, 64 bit processors and other things we have already written about them. 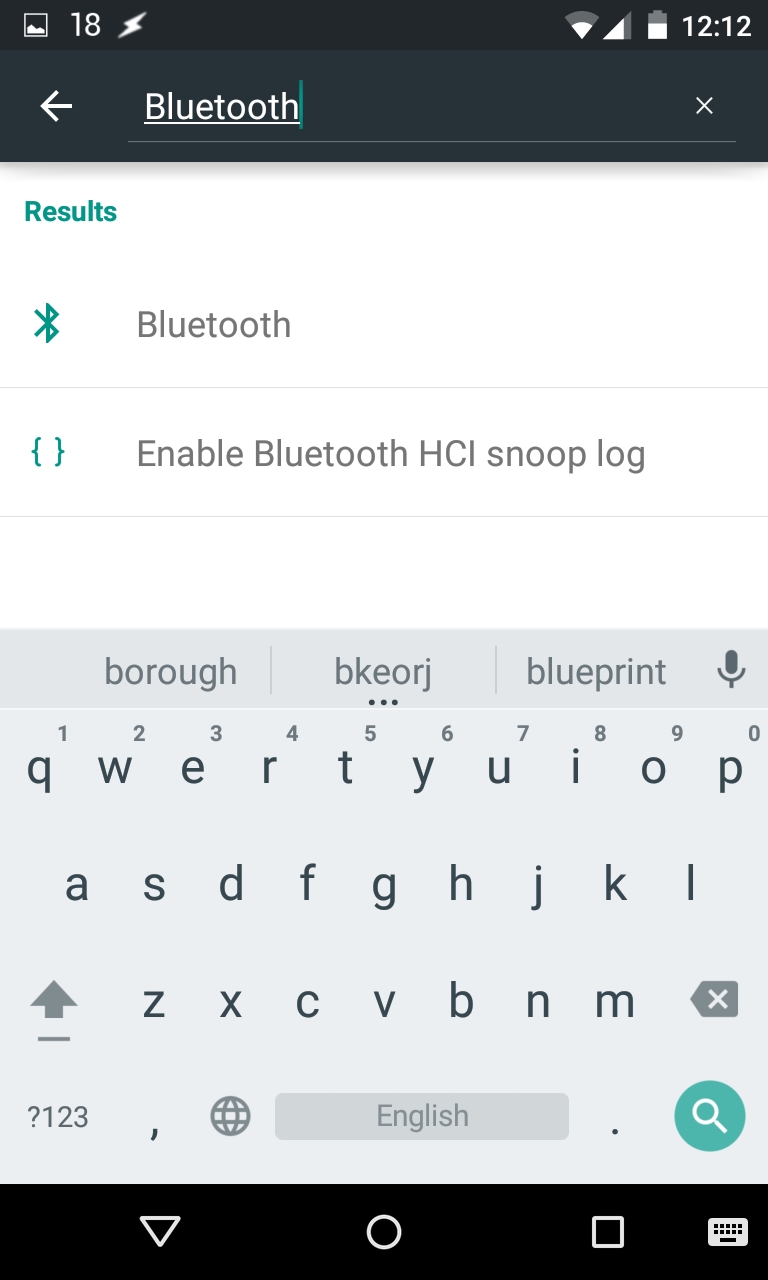 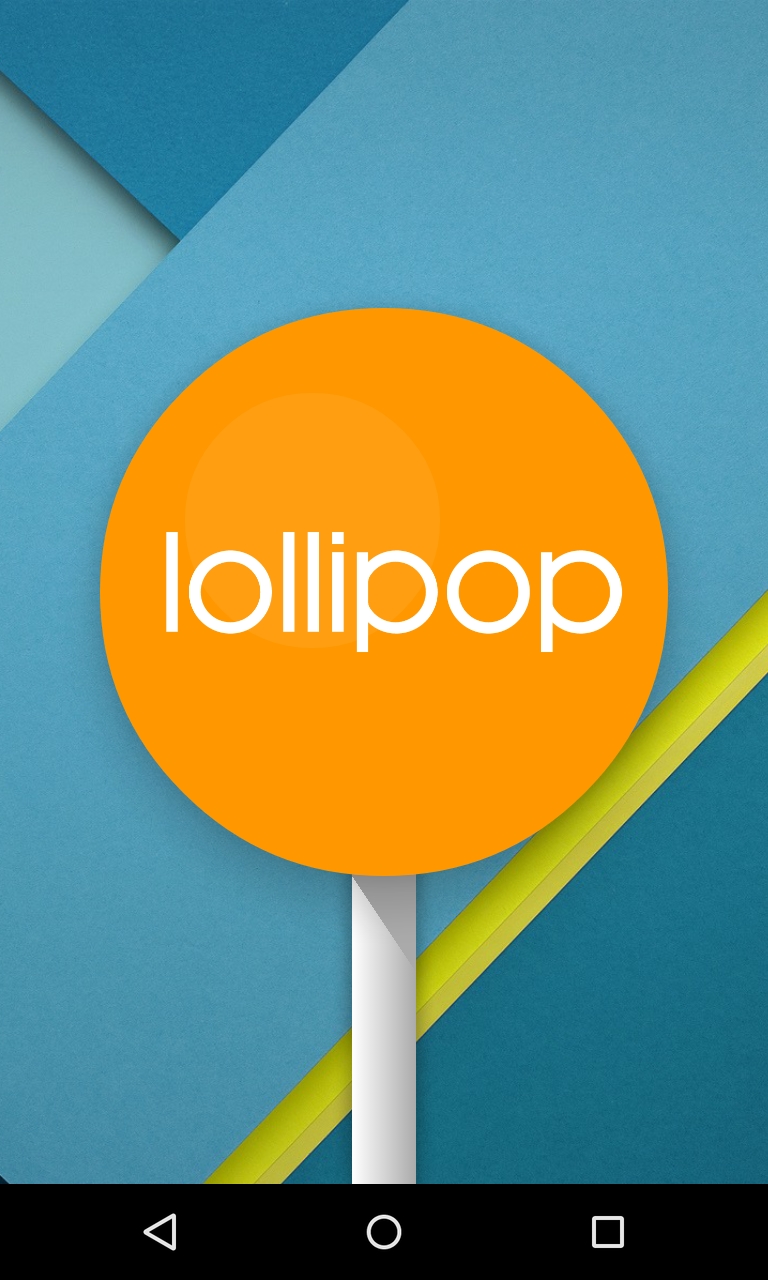 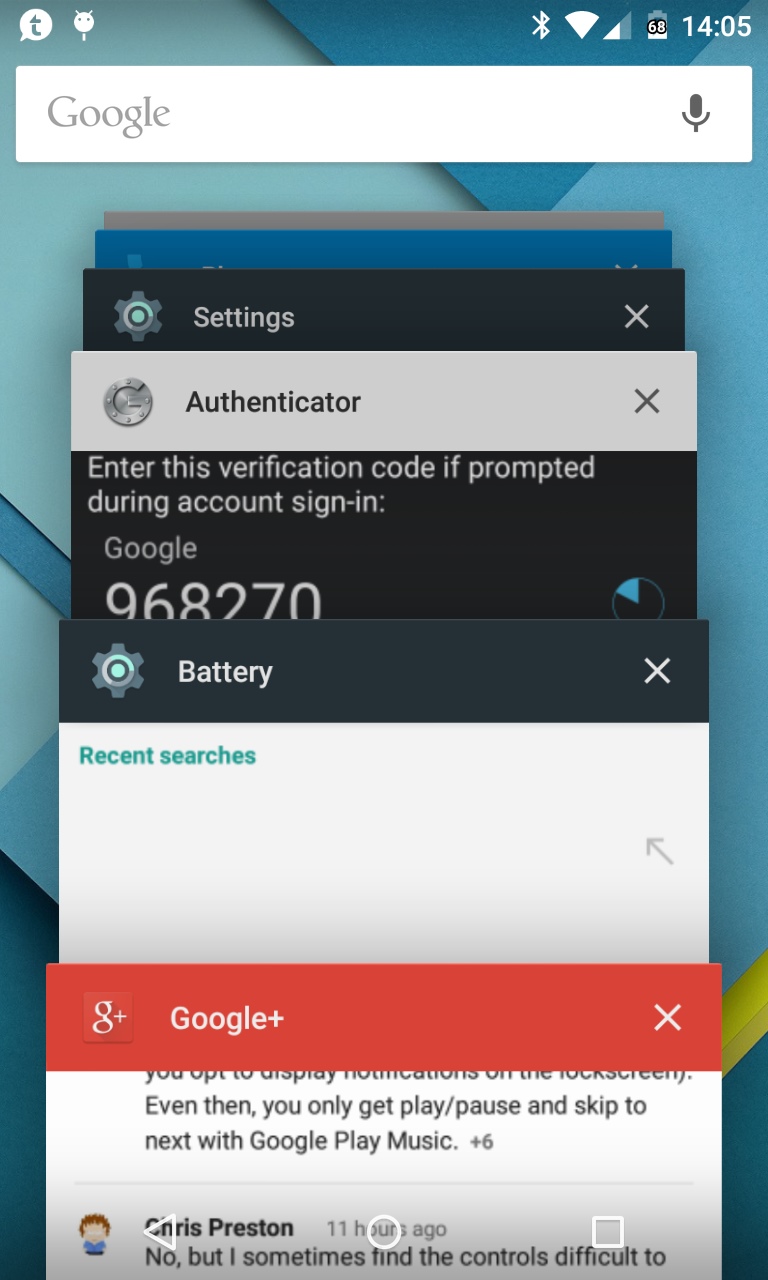 So is the version worth the big hype around it? hard to say. On paper, when you summarize the changes, there is one big change (formatting), a few medium changes (alerts and sound settings) and a large number of small and useful features. But what if we tell you that our audit instrument was the aging 4? A device that is more than two years old and which manages to run the latest system not only without problems but perfectly smoothly? I would call it success. This is not a problem (well, it's a bit of a problem) to release Operating System Which will fit only new devices with monstrous hardware. But to present the same improvements on an aging device without any harm to performance is definitely a real success for us.