Snapdragon 820: Initial performance results for the chip in progress

After we had a chance Have a good impression From the Snapdragon 620 chip that is slated to reach mid-range devices by the end of the year, it seems that it's time to taste a little of what Qualcomm is preparing for the high-end devices - the new Snapdragon 820 chip, Which should To appear on smartphones at the end of the year or at the beginning of next year.

We do not know too much about The Snapdragon 820, Except that it will contain new dedicated processing cores Qualcomm Itself, called Kryo, which will be the continuation of the successful Krait cores from which the manufacturer separated with the jump to 64 bit in the market. 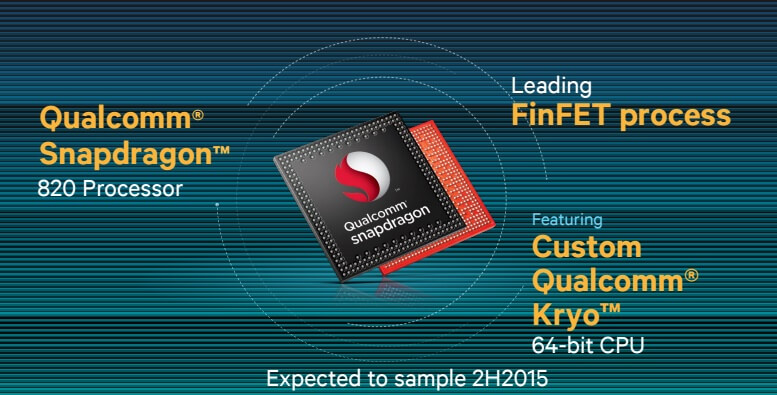 news Coming to us from a Chinese website tells us that the new flagship chip has been tested as part of the popular Geekbench test, where it achieved a very respectable single-core result of 1,732 points, alongside a less impressive multi-core result of 4,970 - which is actually slightly lower than the results it achieves chip The current Exynos 7420 סמסונג.

These results may indicate that the Snapdragon 820 will indeed be a quad-core chip only (with two pairs of Kryo cores at different frequencies for operation depending on the contour that requires more or less processing power available), although in the meantime it is too early to try and draw any conclusions. One thing is for sure - between The chips of the ten cores Of Mediatek to Qualcomm's Kryo and to the best of what Samsung and Apple are preparing for us,ARM Will continue to be particularly interesting.