World According to Steam: That's how Valve plans to take over the entire gaming world • HWzone

Virtual reality, open 3D interfaces and machines Steam - The company that created Half-Life and Portal will be very busy in the coming years

WALAV is a relatively small company, a few hundred employees in total, but one of the world's leading revenue per employee. Gaming and technology company established by veterans Microsoft Office Has also managed to revolutionize the nature of first-person action games with Half-Life and revolutionized the way developers and gamers use video games with digital distribution Steam. Toward the end of the current year and the next one are expected to mature some new technologies from the company, the impact on the market will be perhaps no less significant. In order to remember the line of products and technologies that stand at the forefront of WALAV's plans for the coming year, we have prepared the following summary.

Wallab has been researching virtual reality technologies for years, some more speculative than others. Some of us probably haven't heard, others - like holograms - have been mentioned only as hints, but the first concrete product to come out of all this behind-the-scenes work has only recently been unveiled, which is a collaboration between the company and HTC Taiwanese - TheHTC Vive. 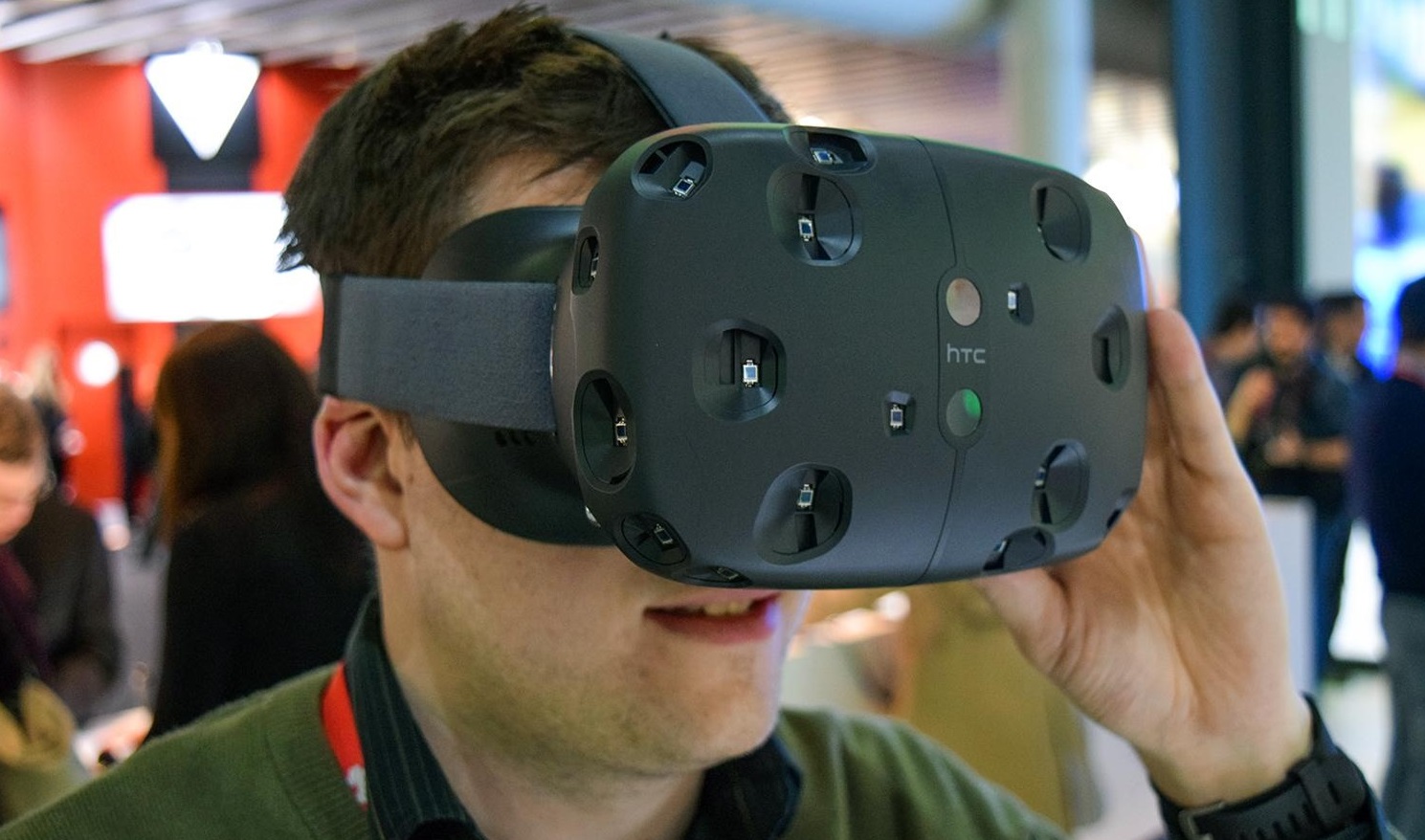 The Vive are virtual reality goggles,Oculus Rift Of Facebook, Sony's Morpheus project and to a lesser degree of imagination, Hololens של Microsoft Office. They are built from two HD screens separated by 1200 on one 1080 and at an update rate of ninety frames per second, to prevent aggrieved agitation and headaches when moving the point of view. The dozens of sensors that are integrated into them allow the computer to update the user's point of view changes to exactly one-tenth of the degree, and that is where the technology has an advantage over most competitors. In combination with compatible traffic controllers, this is a technology to create a virtual world that will surround us with full head movement, limited body movement and translation of the location and movement of the user's limbs into the imaginary environment.

Virtual reality is considered to have the potential to become a wave of the future in the coming years, and a lot of money is invested in the development and research of the field, but even in this competitive environment. God-HTC Vive, which will probably be launched toward the end of the year, is only the first product built on it; The policy of Wahab,Steam Machines, is to offer the technology to any company that wants to build a product environment and meet the required specifications, which will optimally encourage competition and create a range of SteamVR products with different designs, prices and secondary decks.

The operating system is based on Linux Is part of her attempt to expand from workrooms and laptops, where she is present in more than 100 million computers on which Steam's client is installed, for ballroom systems. Is less of a full operating system and more client-side software that enables a connection to the content services of WALAV, which currently include mainly games and creative software, but are also expected to expand significantly in the fields of video and music. An open-source approach promises a future channel that bypasses Microsoft in case it succeeds in capturing a significant portion of the content business in services it will deploy in future versions of Windows, And provided a boost to gaming in Linux, which has so far expanded the supply of games that support the open operating systemSteam About 1,000 products.

are you-Steam OS can be installed on any PC that meets the minimum requirements are not burdensome, but it is mainly intended to be the basic operating system, and usually also the unit,Steam Machines, a variety of manufacturers designed, aesthetically and functionally, to use multimedia systems and gymming for the living room and compete in the field of Consoles The game.

The hardware you will realize has actually driven Wallab's push into the center of the house and is built on a large selection of partnerships each responsible for designing its Steam Machine models - a design that emphasizes aesthetics, compactness and quiet operation. Their shared infrastructure is the Steam OS, with its interface for large TVs, and the only physical component of Wallab's machines, The Steam Controller, A controller designed to combine the functionality of traditional game controllers with that of a mouse-based gaming interface. To this end, the controller, in addition to the stick and other means of control used by gamipad users, is equipped with sensitive touchable surfaces that can be programmed or manipulated for basic support of any existing game / software. God-Steam Controller also includes a highly sophisticated application of the physical feedback engines that have been used for years in the console controllers, and may in the future also come with biometric sensors, such as blood pressure and sweating, another area that Schwalb has been broadcasting for years. 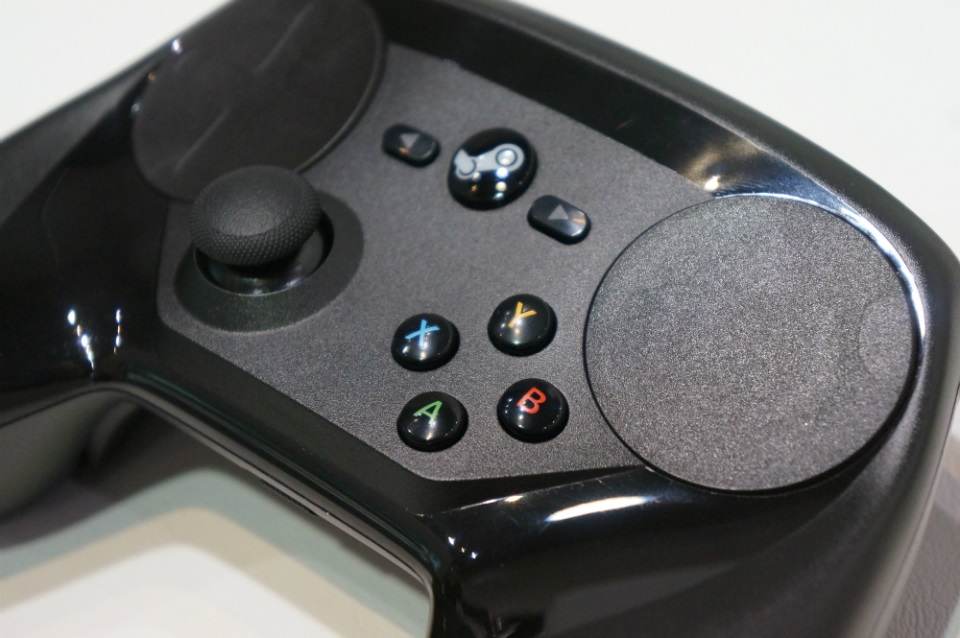 Steam machines are expected to be released at the end of this year, and here are some examples from the first series of products under this name:

Syber will offer three different models, The cheapest processor based on Athlon X4 840 with 4 Giga Memory System,Radeon R9 270 and a price tag of 500 dollars. The intermediate model, a hundred dollars more, will come with an 3 i4150 processor with 8 Giga-Geforce 750Ti, while the premium machine will be based on 7k and i4790 Geforce 980, and the price will be accordingly - nearly $ 1400. 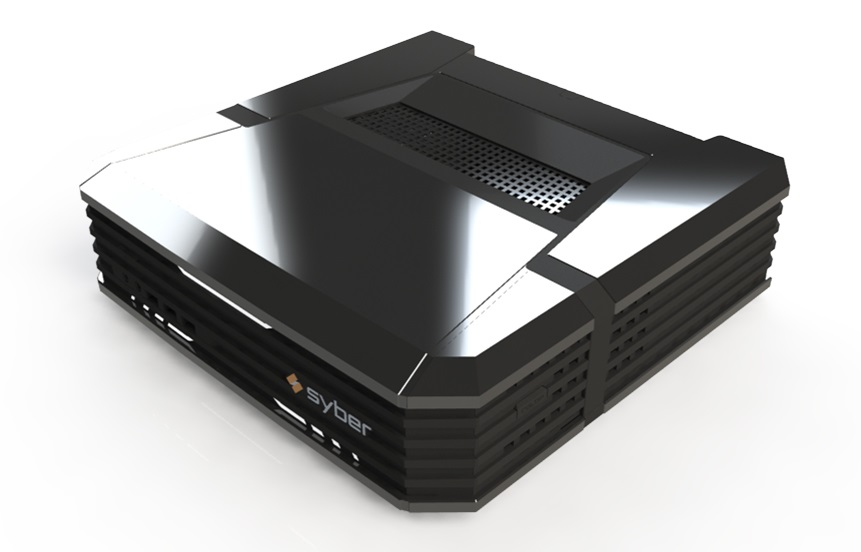 Somewhere between the intermediate model and Syber's premium model came in The S15-01 with the sexy name from Webhallen, Which for 950 dollars will connect to your TV the power of intel i5 4460 with 8 Giga memory, Graphic heart of Geforce 960 and an integrated hard drive.

The components of the prestigious gaming machines in Falcon Northwest They call their Steam product Tiki, And offer great flexibility in assembling the machine specification, although the basic model is already a significant investment, with a cost of 2000 dollars for the 7X liquid-cooled i4790 processor and 900 series card NVIDIA. Anyone who has unlimited money in his pocket can reach up to $ 5000 on the way to a machine equipped withNVIDIA TitanThe new Z-ROM and the integrated 8 terabyte disk. The Falcon Northwest ensures that despite the compact chassis, only 4 inches wide, the Tiki is designed to upgrade and replace parts easily. 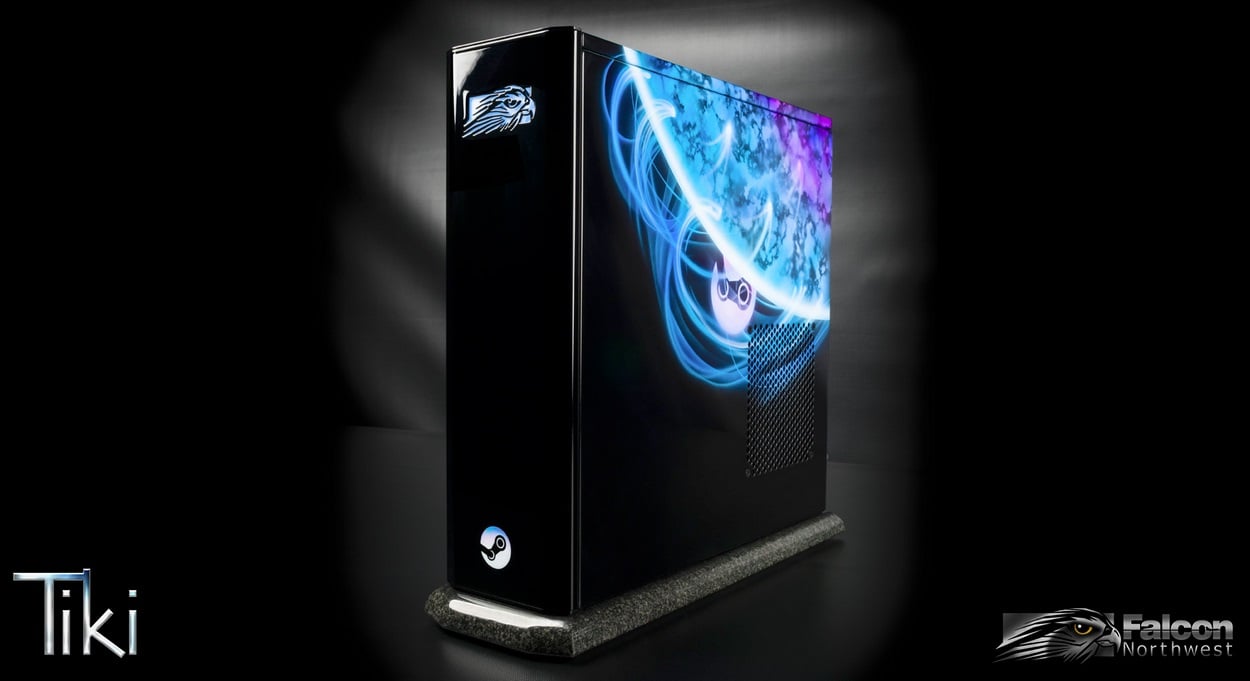 Scan offers three models in their 3XS ST series Disk-clean SSD In a volume of 120 Giga, a configuration that assumes that only a large game or two will be installed locally at any given moment. In an 38-sized case on 35 on 10.5 only centimeters enter an i3 or i5 processor with 8 Giga memory And a graphics card between the 750Ti and the cheapest model 970 visited, with the price ranging from 1000 to 1300.

For example of a system even more bizarre, Digital Storm offer a machine called Eclipse, Equipped with a Pentium G3220 processor and GeForce 960 graphics card, a combination of weak central processing and a powerful, seemingly unbalanced graphic processor. 8 Giga memory Terra's system and disk complement the basic specification to which the price tag of 700 is attached.

Those who buy their toys in Israel will find more interest in the offers of companies sold here, such as ASUS, Gigabyte and-Zotac.

Asus will sell Steam machines under the brand of Republic of Gamers, In a unique 2.5 liter case and with a variety of specifications for the customer's choice: with i5 or i7 processors Intel, Between 4 and 16 Giga memory, mechanical hard disks ranging in size from half a tare to a tare SSD Size 128 to 512 Giga, and series graphics cards Geforce 9XX. The price range will open at $ 700 for the basic model. 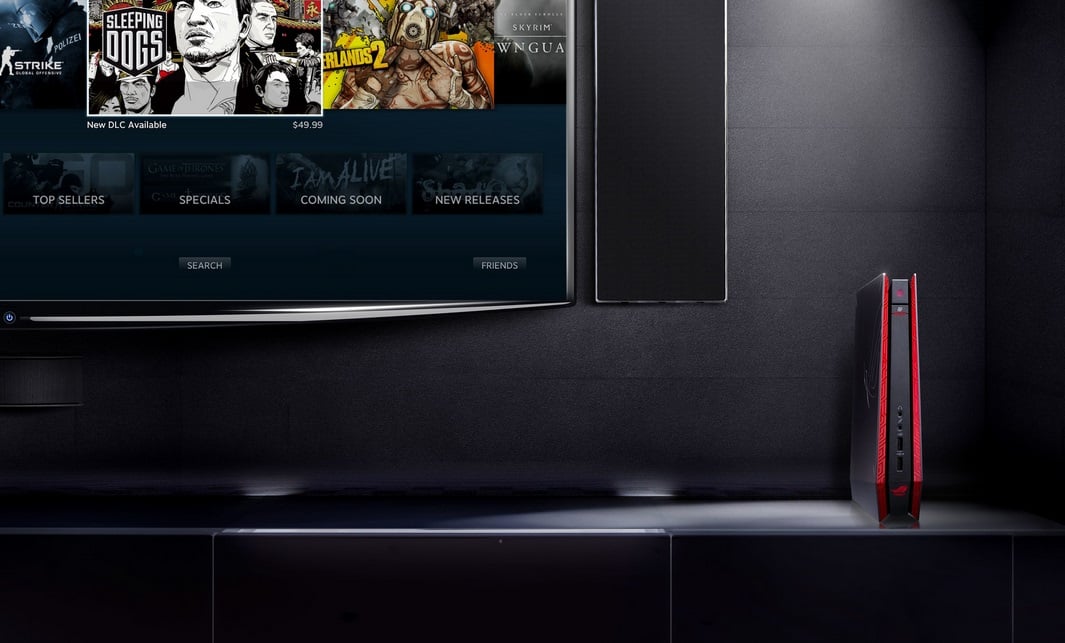 From Gigabyte The Brix Pro will arrive Inside a small unpretentious white case, edition Steam Of a compact computer that the company launched in early 2014. The spec remains the same, with the i7-4770R processor incorporating the Iris Pro Graphics 5200 graphics processing core. On the front of the graphic enhancement. Price - $ 260.

The Zotac SN970 Will be a more respectable gaming machine, with the 970 referring to the 970M card with a 3 gigabyte that will push its pixels into the screen. The power of the energy-efficient 970M is surprisingly close to that of its M-deficient brother, and it can carry modern games well in full HD and high detail. Its main processor will come from the sixth-generation processors Intel, code name Skylake, Which will be launched only later this summer. 8 Giga memory And a combined CD / 64 Giga CD will complement what you get for a dollar less than Elphalia, in America's terms.

For a complete list of manufacturers and specifications, please see In the catalog of almost 30 steam machines Which will be launched in November.

The Link Is an addition or substitute forSteam Machine, for those who want one machine will serve a number of televisions in the house or the possibility to transfer his gaming to the living room without purchasing a new machine. The Link locates local machines that transmit in-house streaming functionality Steam, And shows the movie / game on the screen to which it is connected in full HD and a refresh rate of 60 frames per second, including support for direct communication with theSteam Controller. It will come to market alongside machines Steam In November, the price of 50 dollars. 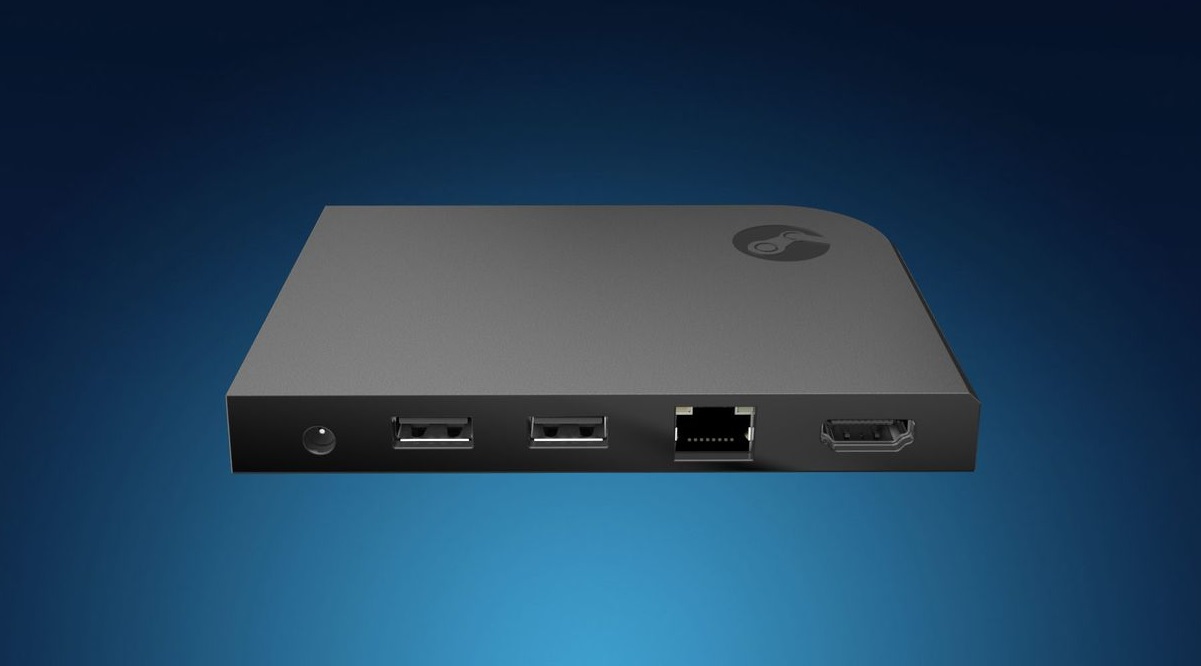 The game engine that will replace the Source, on which famous games such as Half-Life 2 and Portal Series and 4DD were created, was introduced at the Game Developers Conference in March and will, like other advanced game engines today, Unreal 4 וCryEngine, With high availability for anyone who wants to develop games without the need for deep pockets. The Source 2 will be offered for free For anyone interested, and the only condition of Wallab: If you created a commercial product with it, it should also be sold - not exclusively, in addition - onSteam, Where the company charges commission on each sale.

As part of its support for open standards, the company has introduced the engine as it works on a - not yet complete - implementation of Vulkan, a XNUMXD programming interface promoted by several companies, including Wallab, as a replacement forMicrosoft DirectX. The Vulkan API is presented as an successor to OpenGL, an open graphical interface that almost disappeared from the gaming market after the almost exclusive Windows and DirectX takeover of the domain. It is based on The Mantle interface Exposed by me AMD Last year, and is supposed to adopt some of the benefits already inDirectX And to offer its own improvements and efficiencies in working with graphics hardware, with the final result supposed to be easier for 3D programmers; Performence Higher, especially when it comes to reducing CPU load; And easier code switching to a variety of platforms and operating systems, stationary and portable.