So what does the high-profile game season of the end of 2015 look like? Meanwhile, the answer seems to range from 'not bad' to 'cautious optimism', with two leading titles already launched receiving mostly positive reviews.

Let's start with Assassin's Creed: Syndicate, the new episode in the never-ending brand of UviSoft Which comes to us a year after the big disappointment from Assassin's Creed: Unity, which was designed to provide us with a new era of historical assassins in an unparalleled visual quality but in practice also provided a new era of bugs of all types and species.

Syndicate, it seems, took things more cautiously and moderately - and with fewer NPCs on the street at any given moment and slightly less sophisticated effects (all according to distinctions and comparisons made by players, and unofficially of course) managed to deliver a smoother and more stable gaming experience than its predecessor. Still feels incredibly detailed and authentic, in keeping with the most notable strength of the entire Assassin's Creed series.

However, beyond the sheer pleasure of a trip to London of yesteryear and encountering historical key figures, it seems that a large part of the visitors felt that the gameplay itself continued to march in place. There are many small changes and additions to the formula like street fights and organizing your own gang that will try to take over the city, but the core in which you assassinate more and more targets, run away, hide and return (often without any force that can actually stop or threaten you) feels too familiar, and even Tiring.

On the other hand, it is likely that not the critics but rather the actors (and the extent to which they will acquire Syndicate) will be the ones who will determine whether they really need a 'reinvention' of the series, or whether there is much more juice to squeeze in the current format.

On the other side of the road stands Halo 5: Guardians, the first real game in the hit series for the consoleXbox One (Sorry, Master Chief Collection, you are not really considered), which should prove that it is still the leading brand of the platform.

Halo 5 has managed to provide visitors with a much more coherent experience, it seems, with an average score of 86 out of 100 based on 62 reviews in which almost everyone agrees that the updated mechanics added to both the single player campaign and online game modes do a good job of modernizing the brand. Apply the online FPS craze on consoles nearly a decade and a half ago. 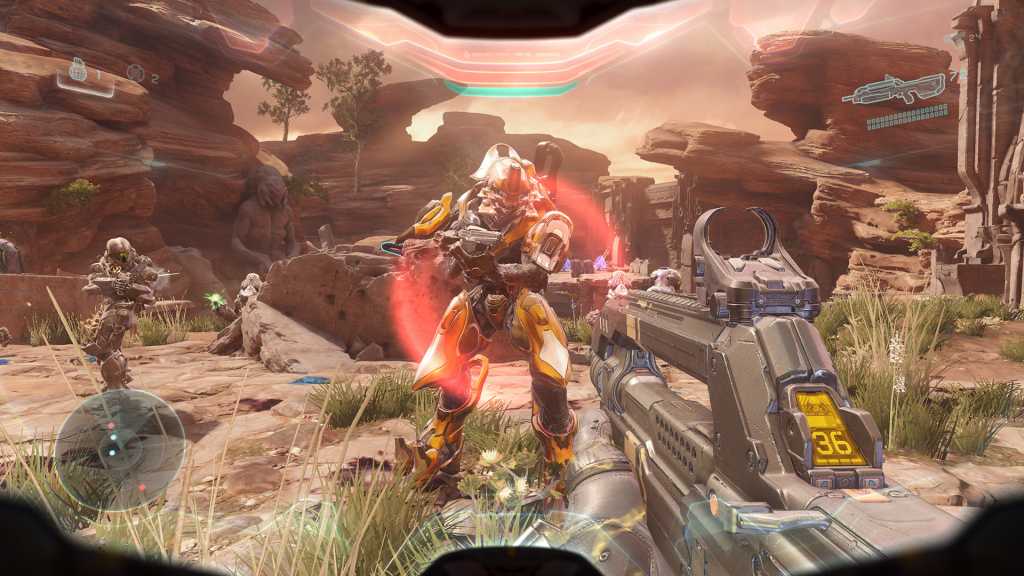 In fact, apart from the many complaints about the plot and the new characters in the single-player campaign, which fail to impress or interest to an extent close to what we got in previous Halo games - there don't seem to be too many complaints for the Guardians. It is safe to say that Microsoft and 343 Industries have been on a mission to bring Halo to the next generation.Xbox New in a way that will be both familiar but also refreshing - and now we can only hope that too Halo Wars 2 will deliver the goods.

It is worth noting that these two titles are not available for PCs - for now. Syndicate will be launched for computers Windows On November 19, 2015, after a slight postponement known to ensure that this version will also be baked and polished enough (unlike last year's Unity, as mentioned), while Halo 5 has not yet been officially announced forPC, But the developer people declare that such a conversion will be relatively simple and claim that it is definitely taken into account. We're not sure what a fifth Halo title will do for us when the four before it (if you include Reach and ODST in the count) have not reached the platform - but on the other hand Halo Wars 2 also comes toPC After his predecessor did not do so, it seems that this is a reasonable possibility in spite of everything.

The launch season of the end of 2015 has only just begun, as mentioned, and during the coming month many more spoken and highly anticipated titles are expected to reach us - Need for Speed The Initial, Rise of the tomb raider, Call of Duty: The Future Black Ops 3, Star Wars Battlefront, Rainbow Six: Siege, Just Cause 3 and of course the one and only Fallout 4. We will of course be here to update you on everything the critics and players say about each and every one of them, so that you can decide where it is best to invest your shekels.