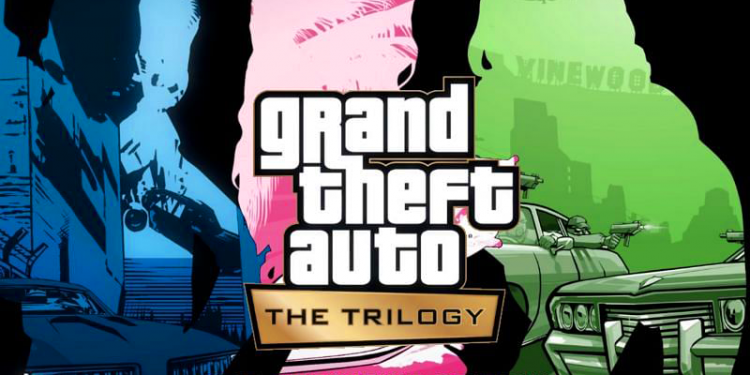 End to rumors, leaks and hints: Rockstar Games officially announces the comeback of its three legendary open world games, with the promise of a host of modern enhancements and availability on almost every platform imaginable - including our smartphones

After a few guest appearances on the web in just the last few days, it seems that the creators have not much choice but to make this whole business official: Rockstar announces its next project, which will bring back the GTA 3 and his sequel to the center of the stage as part of the 20th anniversary celebrations for the title which completely changed the face of the open world games genre (and to some extent also helped make it one of the biggest and most successful in the entire market).

Grand Theft Auto: The Trilogy - The Definitive Edition will be a collection of GTA Vice City, GTA 3 andGTA San Andreas in modern editions with the promise of graphical enhancements and comprehensive gameplay enhancements while remaining true to the general feel of the original versions, which are probably well known to veteran gamers but may be relatively anonymous for young gamers who liked the GTA V or the Red Dead Redemption 2.

The enhanced trilogy will be launched before the end of the year, ie in less than three months, for any relevant up-to-date home platform - even in the previous generation of Sony and Microsoft with the devicesXbox One And the PlayStation 4, also in their new generation with the Xbox Series S / X and PlayStation 5, both for Nintendo's Switch consoles and for PCs, albeit exclusively through the Rockstar Games Launcher application (at least in the first phase) . During the next year, the trilogy will also be launched for the mobile world, both on the platform Android And on the platformiOS, So that the potential target audience will include almost every person in this world with some interest in games Video.

Rumors from the past few weeks lead us to believe that the ultimate versions of the games have been rebuilt in the Unreal Engine 4 engine (as a replacement for Criterion's classic RenderWare engine on which they were based more than a decade and a half ago), and inRockstar Promise to officially share more details over the next few weeks so we can be impressed by the visual leap experienced by Liberty City, Weiss City and Sun Andreas.

However, our main question mark continues to hover over the sound segment for the time being. Games radio stations GTA Is one of the most prominent hallmarks of them, thanks to a great combination of dedicated comedic content and real songs that help to be sucked into the spirit of the time and place, but difficulty maintaining and preserving the rights to use all those works from the original games has removed them from older versions. the mother Rockstar Did it really manage to regain the authority to play all the hundreds of well-known songs from all three games in the trilogy, or are we likely to experience shortcomings and replacements as part of the fresh launch? There is no doubt that this will be a topic that will occupy quite a few fans from now until the date of official availability.

Excited by the announcement, or unable to understand what all the fuss is about and why society is wasting time instead of running ahead GTA 6? Feel free to talk about it with everyone in the comments.