When Insomniac Studio first released its trailer for its version of Spider-man, on the one hand, I was really excited, because this is a great studio and I have loved Spider-Man since the animated series from the 1990s that I saw on repeat over and over when I was a kid. On the other hand, I got the news with a slight concern that it was so easy to ruin superhero games, or make them mediocre and down just to make easy money on the back of fans. But much to my delight, no - Insomniac did their homework, and we got a game that looked and felt completely torn off the comic books.

So thank goodness, the game doesn't tell us again about Spidey's original story, which has been wiped out enough on any other possible media, but begins eight years after Peter Parker first wore the mask. The game successfully transfers the split in his life, which, due to his work as a superhero, are one big mess - his love life in crisis, he is a seamstress and since his new job as an assistant scientist, and also volunteering at a homeless support center where he helps his aunt Mae.

Because once he hears a siren no matter what, Peter leaves everything and runs to help the people of New York City. And that's just how the new game begins - Wilson Fisk, known as Kingpin, Spider-Man's greatest enemy, refuses to step down from his chair as the ruler of the underworld, and in one breathtaking mission where you are sent to stop him from destroying evidence and arrest Kingpin himself, the game teaches you control In the game and opens the plot. 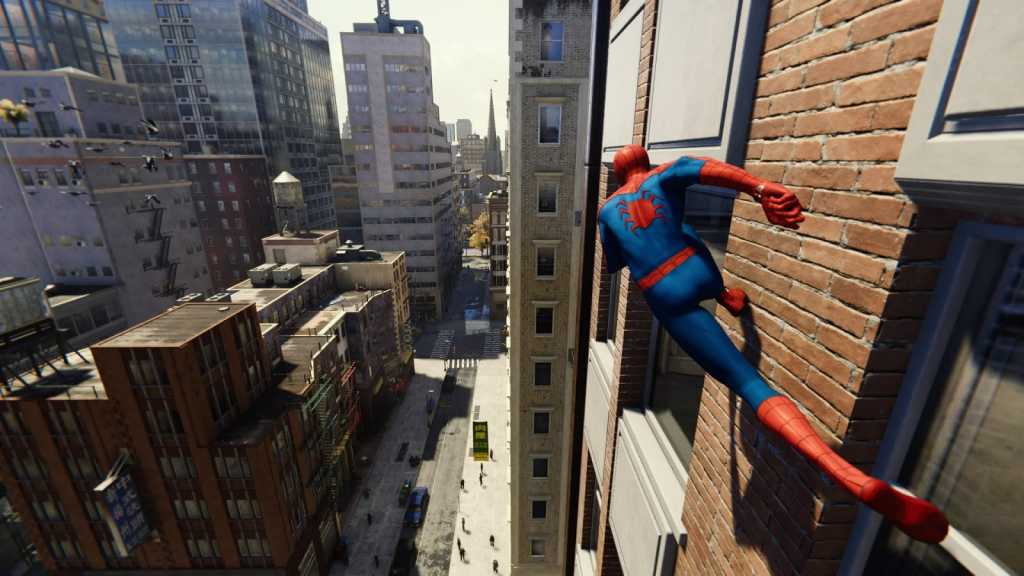 Now that Kingpin is no longer in the picture, he woke up in complete chaos. When there is no king to rule the anarchy celebrating, and every small criminal as big thinks he will be the next control of the city. And here you go into the picture, and as Spider-Man you have to stop them all - the little fish, too, and much more serious enemies whose actions against the city threaten to destroy it.

And it would be a shame, because New York City has never been so successful in any game Video. Yes, it's not a one-to-one representation, and some sites have disappeared from it for buildings and places from Marble's universe or for other constraints, but really wow, the level of investment in the details is simply crazy. If you sit down on a building, you'll hear Music Coming from one of the floors. If you climb a building, you can look inside and see the offices and more. 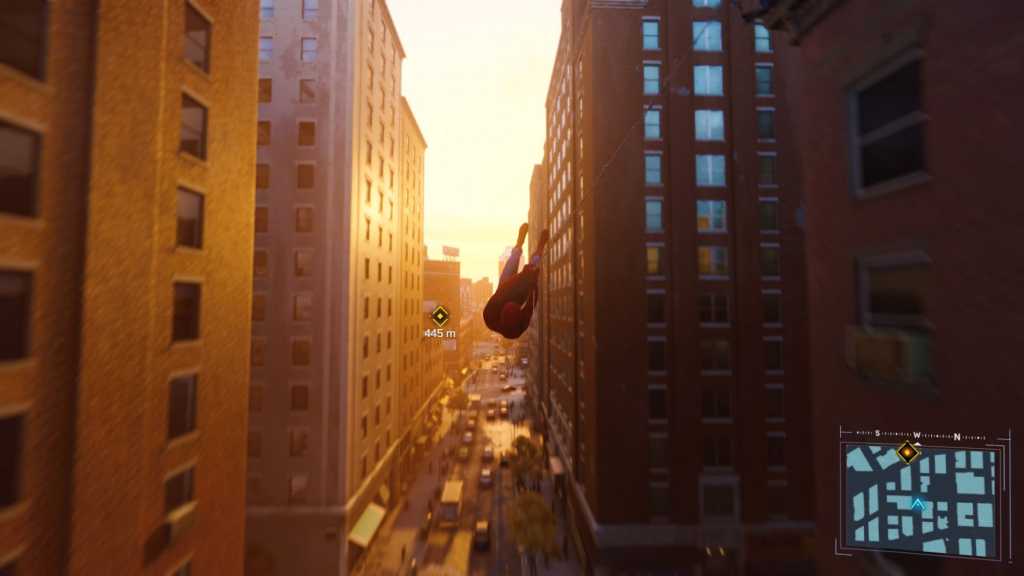 And of course, as a Spider-Man game, you have to talk about the traffic experience between the buildings, that it will take you a few minutes to get used to Aliya, but once you get used to it, you will not be able to stop. The physics of the mechanics of rocking is excellent and feels simple and fun in a way that is hard to explain. Although at some point a game is open for fast travel, but this is the first time in my life that I skipped the option just because touring the city as Spider-Man is just much more enjoyable.

But you're not there just to fly between buildings. You are there to protect the city. To do this you will have to fight different criminals. The battle system in the game is not very complex, and there are not too many moves you can make, but it feels very fluid and fits the Spiderman style. As you increase levels, you can also open more moves to help you tremendously. In addition, enemies are not easy at all. There are different types of them, not every move you make will work against them, and when you are surrounded by dozens of them, if you are not concentrated at any given moment, the way to Game Over is very short. 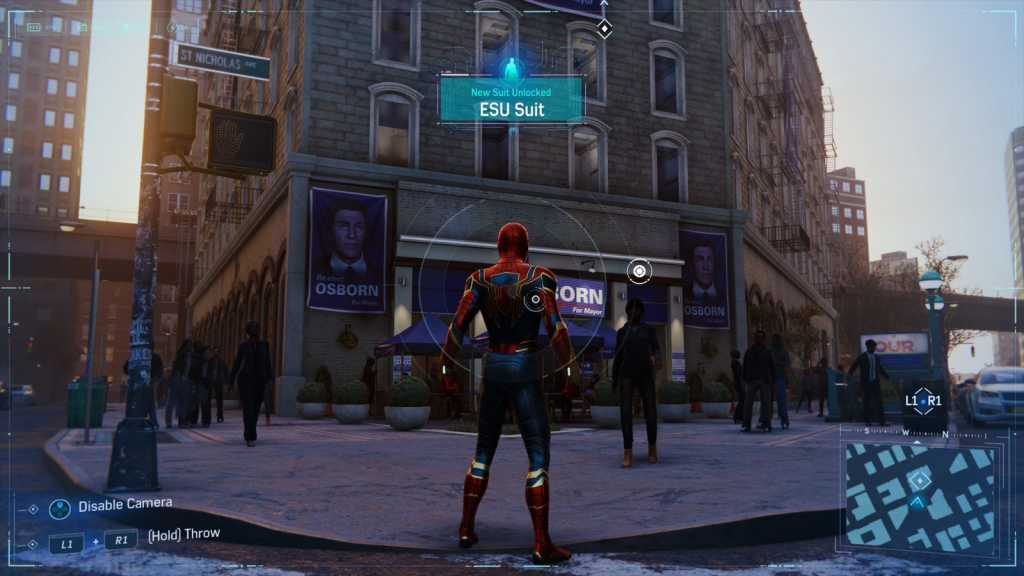 The bosses' battles, on the other hand, were very cinematic and cool, but not really challenging either. Once you understand what you need to do in front of the specific boss, it's really hard to make it difficult.

Some of the game will also require you to stealth, and not jump right into action. Stealth in the game is also not super sophisticated and casual, but fun and satisfying overall, and unlike serious stealth games, doesn't require too much patience. 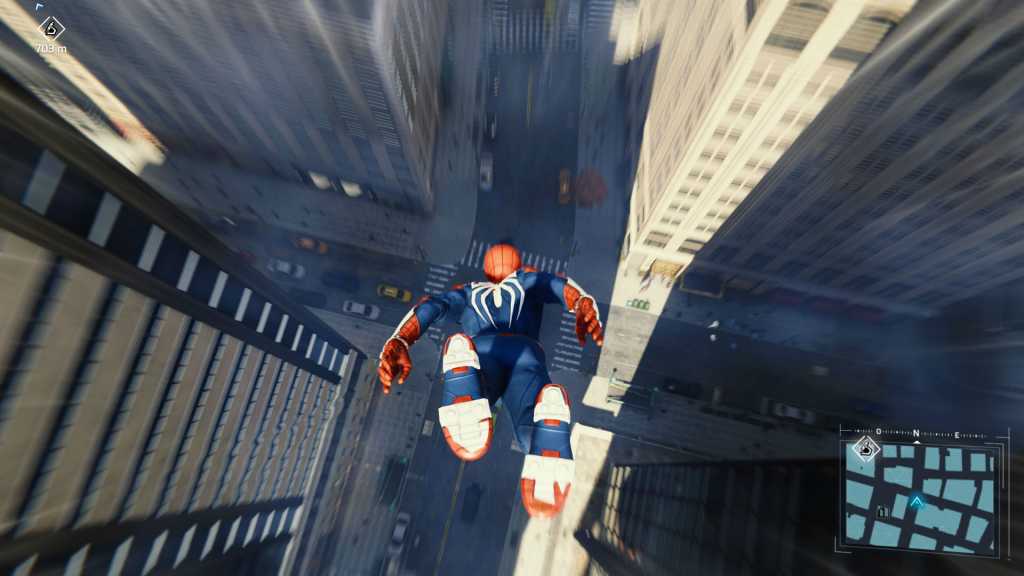 Aside from the main plot, and a number of side missions that aren't bad either, the city is full of a million little things to do, which are there to open Spider-Man's new suits and develop his gadgets. And there are plenty of them - you can find all the files that Speedy scattered around the city and forget about, take photos of famous New York City sites, some of which are Easter Eggs to the world of Marbles, stop crimes around the city, clear enemy bases, save a project from Peter's friend, Harry Osborne And more. Although these tasks are quite varied and not too boring, at some point I personally get tired of them, overall I am not a gamer who must finish everything 100 percent, but even those who do, are not going to suffer at least.

I do not actually have too many complaints about the game. The only thing that bothered me a little bit was that the plot in the middle felt significantly slower than the beginning and the end were just crazy and full of action. 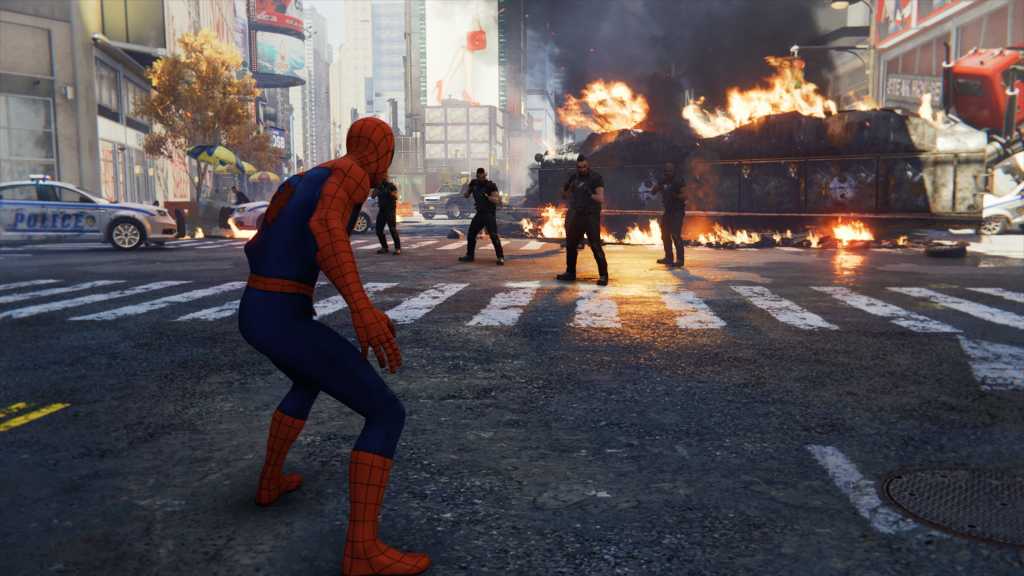 But besides, yes, Insomniac did a great job of conveying the experience of "what it's like to be Spider-Man." The characters, the plot feel super authentic to the source material, and the gameplay feels so right that if you are Spider-Man enthusiasts, Comics In general or just looking for a really good game, you just can not miss this game.


Wait, there's more!
Join To the group of zon And you can receive exclusive updates on various offers on the net, share content that you find interesting, consult with members of the site, and more - Join now!
Tags
Consoles 2018 GAMES
Share
Facebook Twitter LinkedIn WhatsApp Telegram