Best in series? • Devil May Cry 5 in Review • HWzone

In the past two years,Capcom Making great efforts to win the hearts of their fans again. Last year they did well with a new game in the Monster Hunter series, and this year they had the excellent remake of Resident Evil 2. Then they surprised everyone with the announcement that they had decided to take the reins again on one of their successful brands Devil May Cry, and continue the series with a fifth title. Remember the fourth game came out somewhere on 2008, when Capcom later decided that the series needed a fresh start for some reason - and let another studio develop it, causing many fans to be sorely disappointed and think the brand was finally dead.

But here, after all, we did get the original series back, and now it remains to be found - is DMC 5 another success for Capcom? The answer here.

So, we'll just start with a brief introduction to those who have never played in the series, Deville Mae Cray is a series of hack and slash games that combines a crazy multiplayer of cutting and exorcism with cool combo, exaggerated characters, and everything in this game is so exaggerated and cool at the same time it causes You can sit with a huge smile smeared on your face (at least as long as you are the ones who beat the blows to enemies and they do not get you).

The game follows a number of characters - Dante, a half-demon himself and a demon-hire hunter who has been accompanying the brand since its inception, Nero, who joined the series in the fourth game and now runs with a new character called Nico Branch on Wheels of the Demon Hunter Agency, plus we have V, another new guy , Has a mysterious past and its own unique powers. 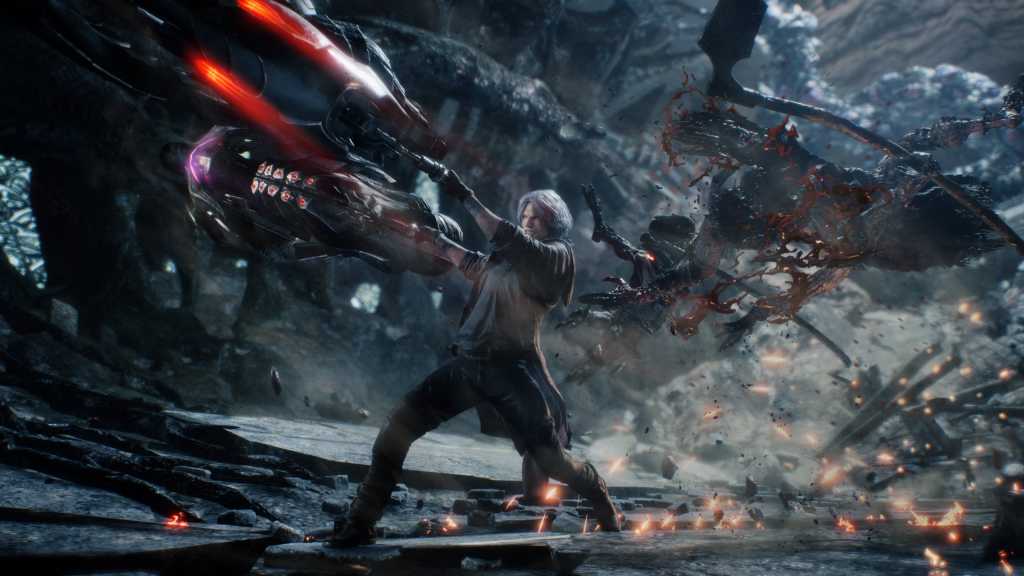 If you are interested in knowing what happened in the previous games, in the main menu of the game you can watch a short video that brings together the many events that preceded it quite well.

The fifth game begins a few years after the events of the fourth game. A particularly powerful demon named Urizen appears from nowhere and causes great trouble in the human world. Urizen manages to steal Niru's hand from his breast, and beat Dante and the rest of his gang while he does not even bother to get up from the chair.

But not only that, mysterious demonic trees began to grow around the world, feeding on blood, demons roaming the streets and slaughtering humans, shortening the mess. 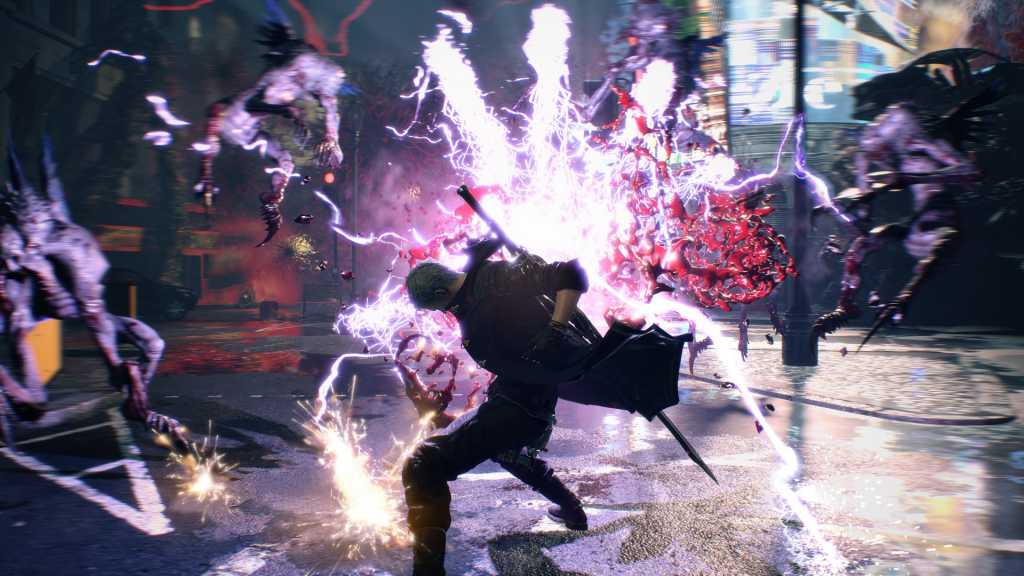 The plot of the game is entertaining, full of action, and sometimes feels a bit messy because it runs on different points in the timeline. But it also provides some surprising moments and mainly enjoyed the writing and dubbing of the characters that made me laugh more than once. The new characters also add to the atmosphere. Nico is an ingenious engineer but with a crude and cynical nature that tells the whole truth in her face. And when I saw the trailers I was a little worried about the V's character who looks so different in the landscape, a bit like a member of a boys' band. But I was quite glad I had made a mistake. He's a really interesting character, and I really enjoyed him and the humor of his demon demon, Gordon.

In any case, as usual, the task of saving the world falls on our group, and it is divided into 20 stages, with each stage controlling a different character, sometimes you can choose which character you want to play with. The steps are very linear, and to be honest, in terms of design a bit, they start to repeat themselves later, but at least they look wonderful thanks to the new engine of Kafkum. They also leave you plenty of room to explore hidden corners and find bonus steps and various objects to help you later. Of course they are also filled with quite a few enemies that you will have to defeat in order to advance.

Each character has a completely different fighting style. Niro continues to use the sword and rifle, but has lost his hand. But don't worry, because instead he got Manico a replacement robotic hand called the Devil Breaker. Aside from allowing Niro to attract enemies to him, every type of hand has a different ability, which adds to the strategy and variety of playfulness with him. Niro can switch hands by blasting his existing hand, which allows him to escape from troublesome situations, but also destroys the same hand. The only thing that sucks is that there is no other way to replace existing hands. The developers could easily put this mechanic in, and it's not clear to me Why not actually. 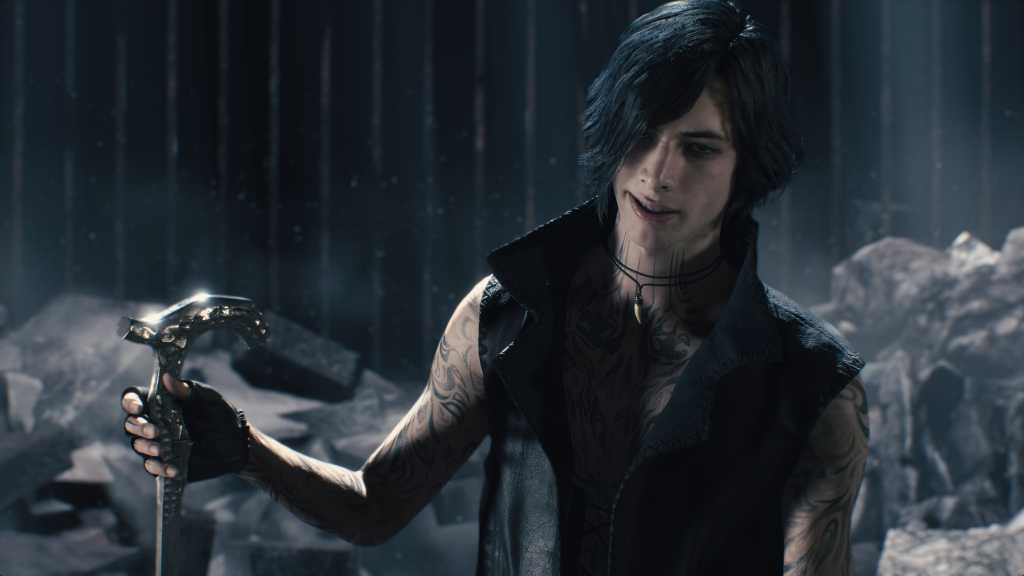 Dante continues to be in my opinion the most fun character with a crazy arsenal of weapons I will not tell you especially so as not to destroy you, but ensures that you are going to enjoy it really. It can also change mode to one of four different combat styles so that it is the figure with the greatest number of options to handle different situations, so it is most difficult to learn to utilize it properly.

And the new guy Vee introduces a whole new fighting style to the series - Vee can summon and command up to three of his demonic pets, with himself only able to land the final blow on the enemies but not fight at all. With him you mostly have to dodge, and try not to let his demons die, because by the time they come back to life after Cooldown, V doesn't have much to do. As a matter of fact, despite these different games, I really enjoyed playing with V. The only thing that bothered me was that his demons did not disappear as soon as you stopped attacking, so that more than once they did damage without having much to do with it. 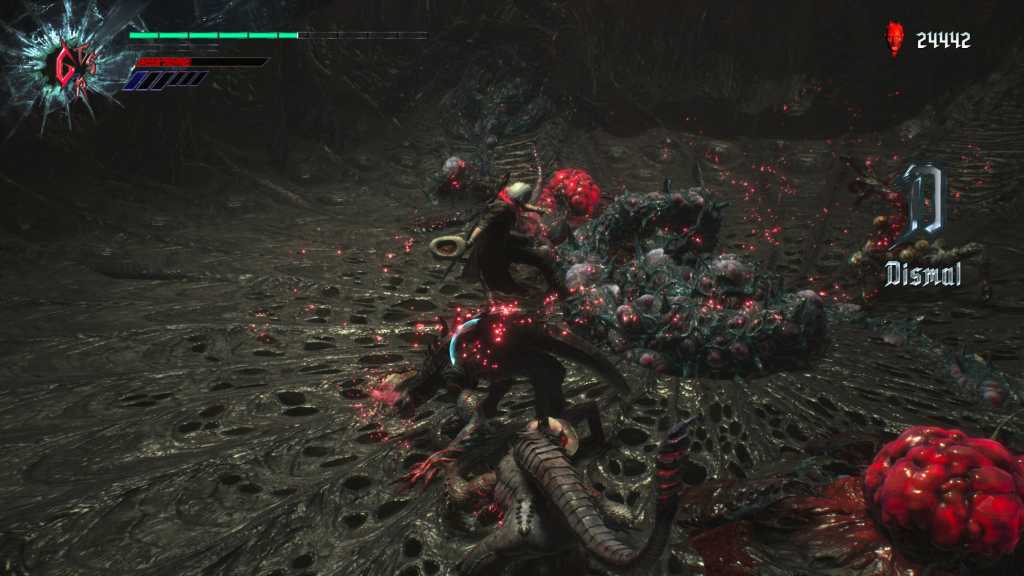 The game, as usual, challenges you to make as many spectacular combos as possible, incorporate as many moves as possible and avoid hitting, to score as high as possible - the coveted SSS, which in return will buy you more Red orbs at the end of the stage. Red orbs are the currency of the game. You can get them through battles or find them scattered throughout the stages, and with them you can buy new moves for the characters, new hands to light and more.

By the way, Kafcom, during a controversial, allow to buy Red Orbs as a micro-transaction. I'm not a fan of the move, but I have to reassure you that you will not feel at any moment in the game their lack. It's easy to get them. You probably will not be able to buy all of the characters' moves from the first time you finish the game, but this is not something new, and is meant to keep you playing at all the extra levels of difficulty that open when the game is over. 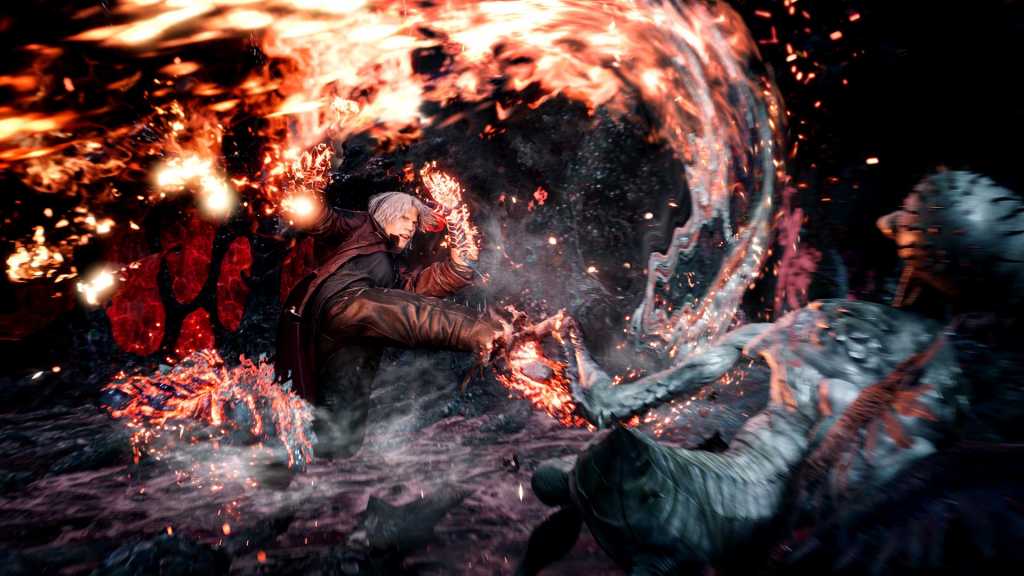 It should be noted that even at the usual level of difficulty Devil Hunter, the game does not make it easy for you. It does require you to pay attention to your environment, and also to learn to take advantage of the moves of the character you are playing with.

There are quite a few types of enemies, and when there are many on the screen, you should pay attention to who you should treat first and how. The bosses are not easy either, and some are really challenging, but usually they are fair, and as mentioned simply require attention and some training.

The game is pretty short - it will take you a whopping 15 hours to finish it on the usual difficulty level, and that may be a little overkill too. The Bloody Palace also exists as an addictive free add-on - a game mode where you have to survive dozens of increasingly challenging enemy waves.

But if you're just in the matter of finishing the game once, maybe it's worth you to consider whether to buy the game now at its full price or wait. 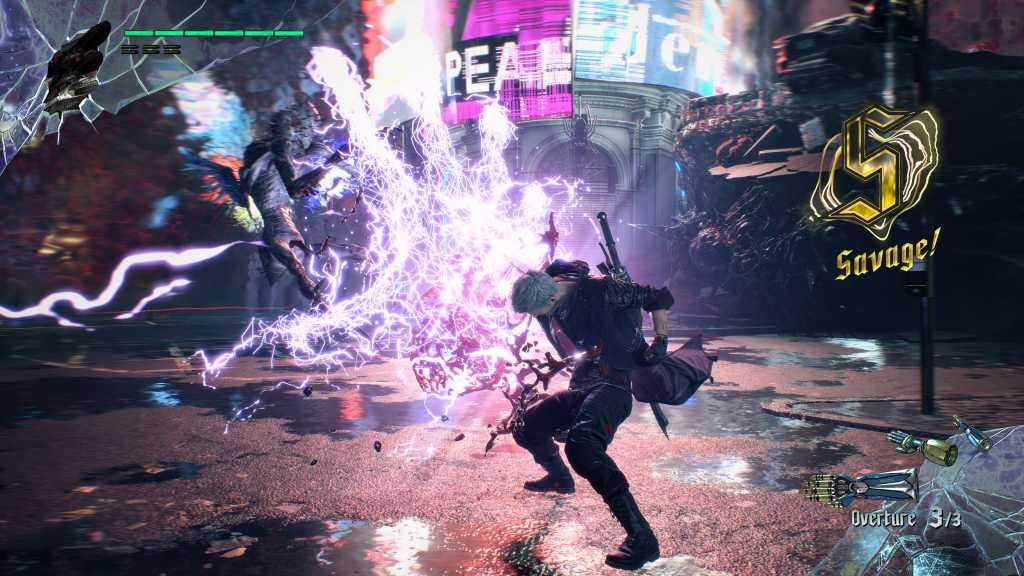 Anyway - this is a great addition to the Devil May Cry series. With the new graphics, and the variety between the characters and the gameplay of each character in itself, I think this is definitely one of the best games of the series, and I personally haven't experienced even a dull moment in it. It's just a fun game, period. Strive for Capcom on another successful game, and hope they will only continue to develop the series further.


Wait, there's more!
Join To the group of zon And you can receive exclusive updates on various offers on the net, share content that you find interesting, consult with members of the site, and more - Join now!
Tags
Capcom 2019 GAMES GameGems
Share
Facebook Twitter LinkedIn WhatsApp Telegram