updating: UviSoft In trouble? The open beta was shut down and abruptly rejected a few hours after it started, due to extensive login issues that plagued thePC And both the console versions. It is not known when the beta will reopen (we assume it will be dynamic and soon, depending on the solution to the existing problems) - but this is a really not-so-brilliant development for such a game which is slated to be officially launched in less than a week. We will continue to keep our fingers crossed for Ubisoft and update you accordingly.

2 Update: The game servers have stabilized and the beta went back on the air yesterday, as it is scheduled to continue until the end of Sunday, November 29 (i.e., tomorrow). We definitely want to believe that the full launch of the game will go through a little more of this beta.

Original Article: The Promising Action Game of UviSoft Will give you four days of open and free experience in some of its online game modes, very close to the official launch

Still debating whether it's worth enduring Ubisoft's uPlay platform to enjoy some tactical and challenging action, as part of The big comeback of the Rainbow Six series? Next weekend you will have the opportunity to check the matter and reach the final decision, without the need for payment or pre-orders.

The major French distributor has announced that Open beta For Rainbow Six: Siege will run from Wednesday, November 25th, through Sunday, November 29th, on both PCs and PlayStation 4 and consolesXbox One. 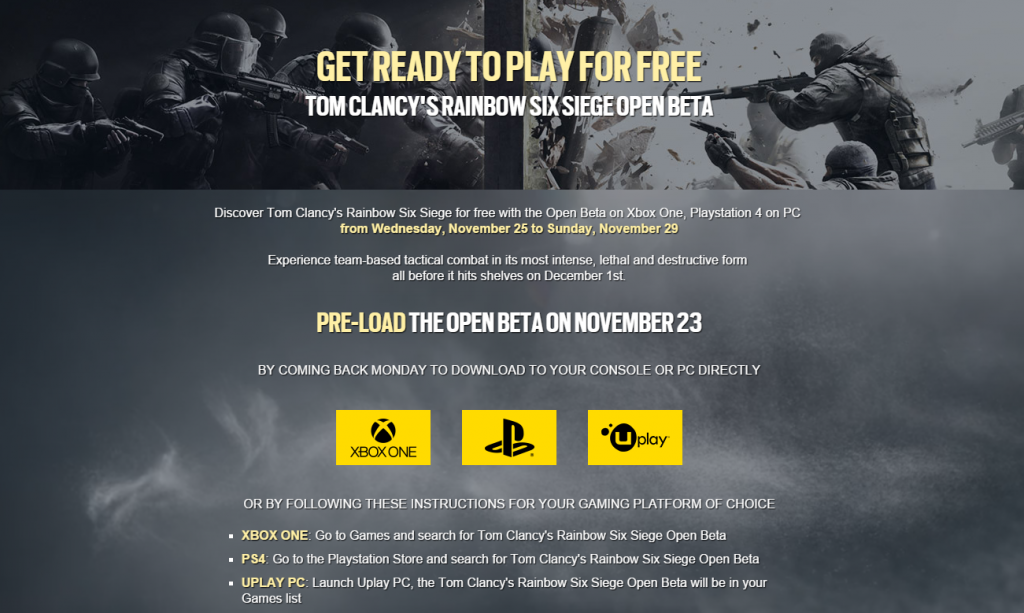 For the playersPC, All you need to participate in this beta (which will include three maps, three online game modes and five elite units from around the world with unique weapons and equipment) is to download and install theUplay, Open it using if you still do not have - and get ready. Downloading and pre-installing the files for the open beta will be possible starting this coming Monday, November 23rd, so you will not have to spend precious beta time on it. 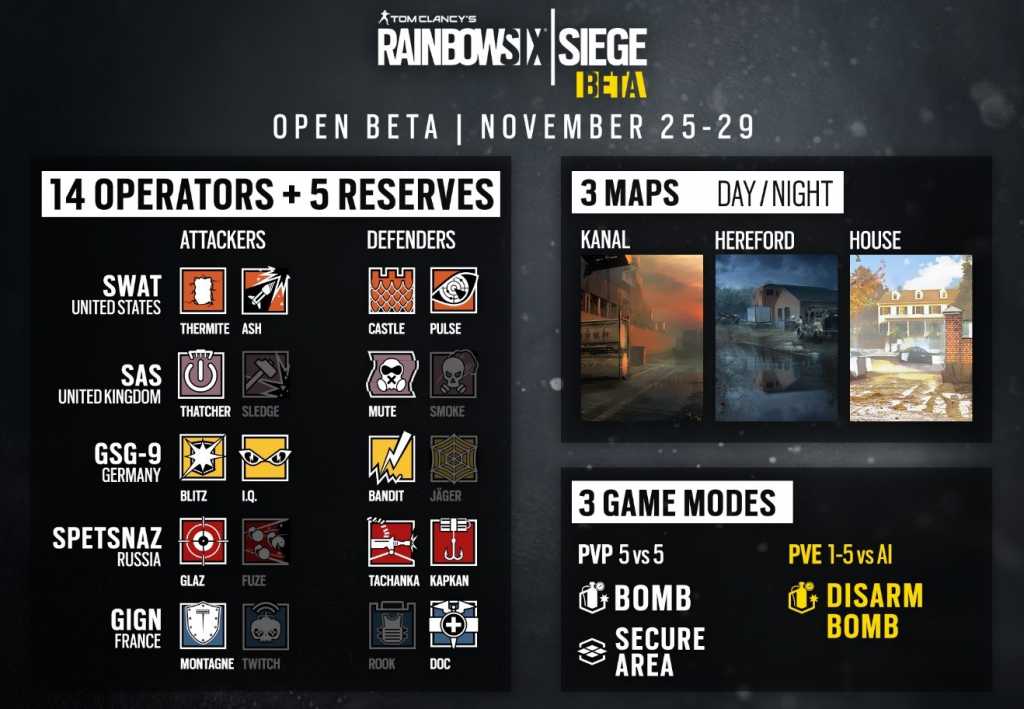 Beta tests that arrive just days before the official launch (On 1 in December) Feels mostly like preload tests for the game servers, and less like a stage that should allow bug fixes in the game software itself - but in any case this is a welcome move in our opinion, which can probably only help Ubisoft and Siege's success, similar to the open beta. To Star Wars Battlefront From EA last month, which garnered interest from millions of players and boosted the distributor's confidence that the title would be a big hit.

Will you be there to try out the Rainbow Six Siege beta, or is this really not your cup of tea? We would love to hear what you think. 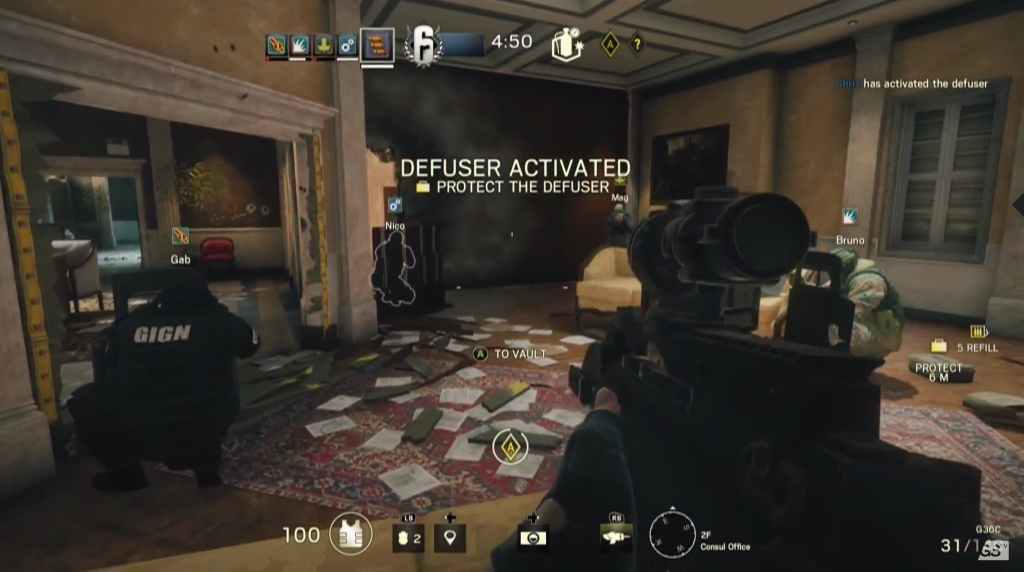