More good news for gaming enthusiasts wherever they are! No less than four games are available at no charge at all for registered users at a pair of online gaming stores, and we are here of course to help you take full advantage of this quality opportunity.

Let's start with the Polish store GOG, which likes nostalgia more than anything else from simpler days and distributes the pair of classic adventure games over the next day. Syberia and Syberia 2. A few clicks and these games will be yours forever, both for the sake of re-experiencing for those who have already experienced them somewhere at the beginning of the millennium and for those who may have never heard of them up to this moment.

If you are unusually enthusiastic, there is a third episode (much less popular, it should be clarified) in this series that was launched about four years ago And is offered for purchase now at an 85 percent discount on GOG - and there is even another new prequel episode that is planned for launch later this year.

Click here to go to the title distribution page on GOG

In the store of epic Games A couple of more free games are waiting for you, not just for one day but until next Thursday, July 22 - so you have more opportunities to take a few moments to pick them up.

Adventure game Autopsy, Launched in 2016, is the first free of charge this week - as a brand new and rare work for the studio responsible for the mythological Myst series. If you are a fan of the genre, you may already know it, and if not - you will have the opportunity to dive into a different and unusual atmospheric world whenever you want.

The second free title for this week is Offworld Trading Company, Which will challenge you in managing a new colony across Mars. This game was also originally launched in 2016 and is also free in the past onepic Games Store, but if by chance you missed the previous round now you can close gaps without having to pay a full price tag of 101.95 shekels.

Starting next Thursday, other new free duo will be offered to everyone at EGS: the classic Tower Defense title Defense Grid: Awakening and the realistic action title Verdun that recreates some of the greatest battles of World War I.

As a final bonus that is not free, but still lucrative, you can apply To the Humble Bundle venture and the fresh Take Control package offered in it, With 6 flight games and another pair of DLC content from completely different worlds and styles - together for a price of only up to $ 12, or about NIS 40 and less than NIS 7 for each of them.

For your financial investment you will have access to the Steam versions of the games ELITE Dangerous, EVE Valkyrie: Warzone, SimplePlanes, Overload and also a pair of DLC packs of the popular free battle title War Thunder. In addition, you will receive the Heliborne Helicopter Simulator and the Rebel Space Adventure Game Galaxy Outlaw, which was officially launched a little less than two years ago. 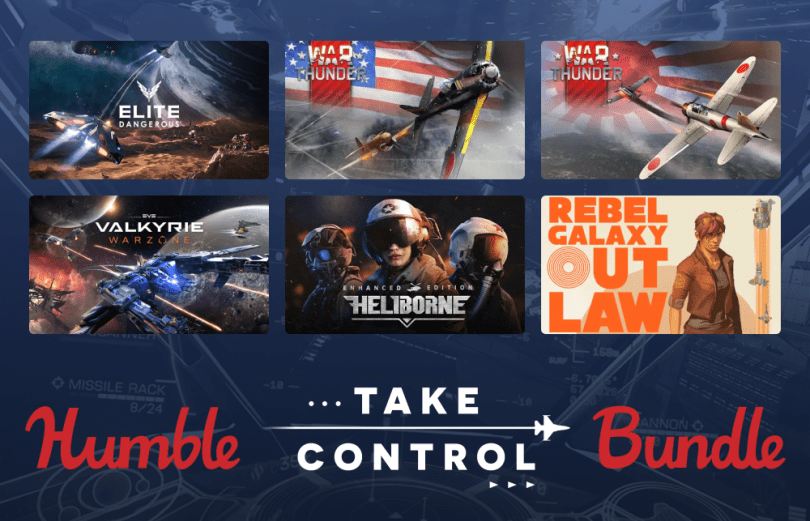