Is it capable of running Crysis, the 2020 edition 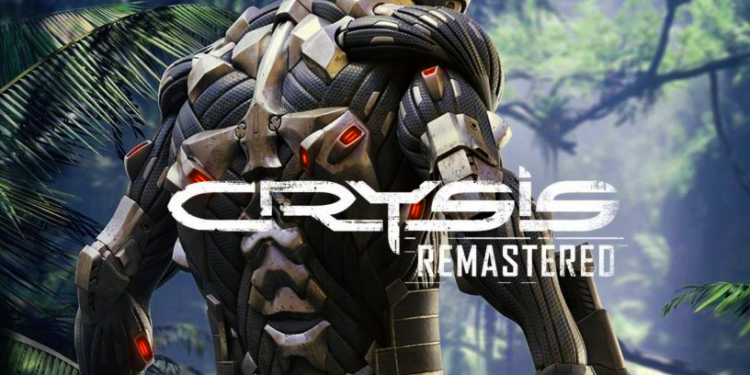 Images hidden inside the official action game series website confirm what we thought: Crysis Remastered is about to be revealed very soon for PCs and the three major modern consoles, with horn tracing technology that can work on any type of hardware

Given that many games that have yet to celebrate Thursday tend to win over-updated versions at an increased price, it was quite natural to assume that a game of distinctly historical significance such as Crysis would also get a chance for popularity and relevance sooner or later - and now the first option seems right, with A leak that comes from the official site crysis.com and confirms all the assessments that are circulating on the network.

A Twitter user named lashman posted a pair of photos that were found hidden within the metadata on the site - and confirm the existence of Crysis Remastered even before the official public announcement, with plans to launch on both the PC and the consolesXbox One, God-PlayStation 4 and even theNintendo Switch. Have you ever dreamed of eliminating North Korean soldiers as a futuristic super-soldier while on the road? Soon this will be a reality.

The text that appears in the images assures us of new graphic capabilities, support for upgraded quality textures and much more important and interesting - Ray-Tracing capabilities that will suit action on any type of hardware and any type of application development platform (API) on the market. Yes, including the modest Switch that is based on ARM hardware from home NVIDIA - This is something that gets a specific score which makes the whole thing even more intriguing.

To date we have seen support for ray tracing, a processing technique capable of providing ultra-realistic reflections and illumination by calculating a very large amount of ray-breaking orbits from a light source in real time, mainly as part of modern Turing hardware of NVIDIA (With theme-specific processing units) and as part of DX12's technology Microsoft Office, But from the few descriptive words we got for Crysis Remastered it seems that in the developer Crytek Were able to integrate program support for tracking rays within the modern version of the engineCryEngine (Version 5.6, as of today), so that it will be possible to perform these calculations on any hardware platform to which the game and engine will be adapted based on the efforts of the creators themselves, without the need for assistance from another software or hardware framework market.

How advanced will this solution be in relation to DXR's Microsoft Office And how different will it look in modest and economical hardware like in the Switch compared to hardware from the top end of the PC world? We do not have any answers yet, but we have good reason to believe that this new version will also become the terror of all the graphics cards in the area. We will continue to follow and update you in the coming days!

updating: Now it's completely official - Crysis Remastered on its way to launch in the summer months on PCs and consoles, with a variety of technologies and techniques עיבוד תמונה Modernity and software-based beam tracking, as we have guessed, which will try to prove to the world that there is no obligation to use dedicated processing hardware in order to enjoy the most sophisticated graphic capabilities of all.

All this description sounds very promising, but for some reason Crysis chose to accompany it with a short and somewhat puzzling announcement trailer, which looks almost like amateur work and not a work by the official developer itself - here it is for your judgment.