The new creators of Unreal Tournament: the biggest gaming and gaming news in the past week 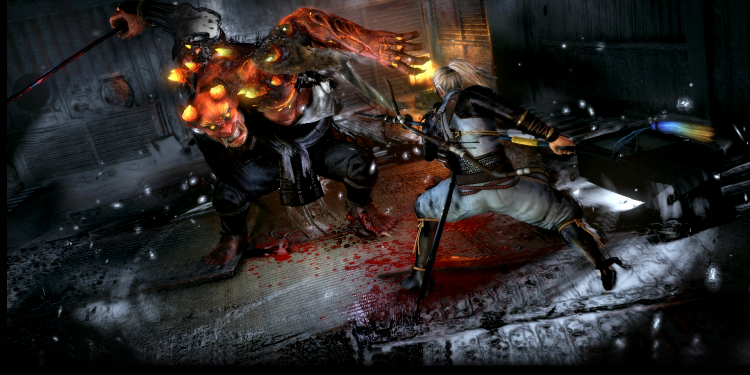 New gameplay videos, official launch dates and other surprises have flooded us in these last and busy days

The amount of interesting news from the gaming world these days It is simply great, so without any unnecessary introductions, please read Part Two in an article that will try to summarize all of you in a warm, comfortable place.

The creators of Unreal Tournament also jump on the MOBA cart

The year 2016 appears to be the year in which the action genre MOBA will emerge, thanks to the titles Like Overwatch's Blizzard, Battleborn's Gearbox And LawBreakers by Cliff Belizinsky and Boss Key Productions. Now you can add another significant contender to this list of titles that allow you to choose a unique 'jibber' and begin to eliminate your competitors in direct control (unlike the classic RBA-like RTS control) epic Games.

The new title will be based on the Unreal Engine 4 engine, also developed by Epic of course, and will be available on personal computers,Playstation 4, with preparations for pre-paid access during the spring and express open to all in the summer of 2016. Great? Unnecessary? It mostly depends on your relationship with online games of this style, probably.

Open and register in front of you - in 12 in April 2016 comes the third installment in the series that redefined the concept of "challenging" - Darks Souls (and Demon's Souls before him, naturally).

Dark Souls 3 Looks especially great thanks to the transition to the new generation of consoles, and as we have seen before offers a much faster and more aggressive style of play, and also more massive and crazy bosses than before - in this case a huge tree trying to step on or settle on your character. We'm definitely excited, and you?

As befits a self-respecting major distributor (slight sarcasm), Square Enix is ​​also currently recycling and restoring its great past games to suit both veteran fans and young players. In this case, of course, it's Final Fantasy VII, the most famous and successful episode of the long-running role-playing series, its remake. Announced mid-year.

The first video game from its new version looks very impressive when using theUnreal Engine 4, and mainly because of what looks like a switch from a "dry" turn-based combat method to real-time combat, very similar to what we saw in the games videos for the future Final Fantasy X.

The only drawback now seems to be that Sony has already announced that the remake will come in a series of 'chapters' that will make up the whole - so players will have to wait longer to finish the plot and probably pay a higher total.

In early April 2016, About two weeks before the first film adaptation arrives Starring in theaters, it will also launch the first official game of Ratchet & Clank, the feline alien and the polite robot, to the generationPlaystation 4.

The new title will simply be called Ratchet & Clank, and will actually be a remake of the original title from 2001 - title number 13 in the series (if not including two titles for the portable consoles) which became one of the most famous for the console of Sony. Here's a first play trailer, which certainly includes a nostalgic feeling for all the PS2 players here.

The new game of UBSoft Brings us back to Paris (after Unity), but in a way that no one seems to have expected. Eagle Flight is a new,Playstation VR That would allow players to fly through the expanses of the modern French capital - after its human inhabitants abandoned it for an unknown reason, and nature begins to reclaim the territory.

We do not know what the purpose of this game will be (the general description mentions the need to fight other birds of prey), but hey - it looks like a virtual reality flight option for Ace Combat 7, for pacifists among us.

A new and intriguing game from the creators of Ninja Gaiden

For the sake of dessert, we will present you with a new and intriguing Japanese title intended for the Western audience, Ni-Oh, a new brand of the Team Ninja development studio and the Tecmo distributor, which focuses on the story of a ninja (blonde) 16.

The title is exclusive to thePS4 As of now, and this is quite disappointing for allPC Among us - because according to the trailer it looks like a promising combination between Ninja Gaiden, the series of Onimusha games and the Dark Souls series.