The next big game in the Doom series will come late 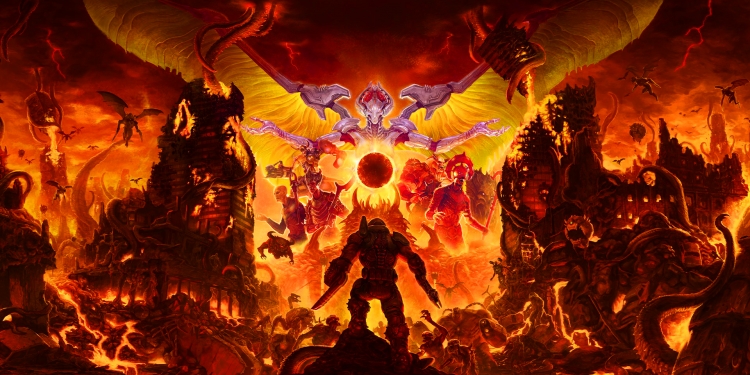 The promising action game will be delayed, now reaching a delay of almost six months from the originally scheduled date

Launch of vista Doom Eternal next month was set to be the company's highlight event Bethesda In 2019, as the worthy heir for the great boot of the brand that came to us in 2016 - but it is possible that the recent relative disappointments of the American distributor have taken their toll, and now there is a preference not to over-accelerate its people which will spoil the end result.

Doom Eternal looks very impressive and promising in all the videos in its gameplay that we have received so far, thanks to the combination of a variety of new ways to move in space agilely and the same brutal and fast action that made the Doom The 2016 model for a success story - but despite this, the title is now receiving a significant postponement of the launch date, until March 20, 2020.

The announcement of the postponement on the game's official Twitter account is accompanied by an obvious explanation that this is a move designed to ensure maximum quality for the product - with the addition that the collaborative game mode where players can invade other games in the form of a particularly powerful enemy will be added as a free update soon. After the launch, while an updated version of the classic game Doom 64 will be available in parallel withDoom Eternal and as a free bonus for early customers.

Doom 64 is a kind of sequel to Doom 2 that was originally launched exclusively for the Nintendo 64 console somewhere in 1997, with a slightly different look and style from the classic Doom games familiar to most of us - which helped it become a rare cult cult for devout fans - which will now finally become available For a new and wider audience with a modern launch for PCs and consolesXbox One and the-PlayStation 4, on the same date exactly as Doom Eternal itself as stated.

Also the Switch console of Nintendo Wii You'll get your own version of Doom Eternal, and a version of Doom 64 - Although this will happen at a later date than the other platforms, which has not yet been finally revealed.

For dessert, the creators have clarified that the online game mode of Doom Eternal will continue to be the asymmetrical Battlemode in which one player will take on the role of the Human Assassin and face four other players who will play formidable demons with unique abilities - this as a replacement for the old and familiar battle modes from previous episodes that focused on Deathmatch . Is this the right direction for the brand? In a few months we will find out the answer.