Distributor EA Games has one major launch of an entirely new title, which is not part of an old brand that is renewed every year or two, in 2019 - and it is fast approaching. This game is Star Wars Jedi: Fallen Order that will try to bring back the luxury of gaming that the brand enjoyed somewhere in the XNUMXs and early XNUMXs - and now we know it will require quite advanced hardware to operate and look its best.

The minimum threshold for activating the action-role-adventure title from the creators of the Titanfall series (and also the Call of Duty series, in an early incarnation) will require a dual-core Intel Core i3-3220 processor or a hexagonal FX-6100 processor from AMD Bulldozer era, 8GB dynamic memory, GeForce GTX 650 graphics card or sample Radeon HD 7750 and volume storage 55GB available in the storage drive - absolutely reasonable requirements that any reasonable gaming computer that has been built in the last five years should meet.

Recommended requirements for an optimal Fallen Order experience are much tougher and include a quad-core Core i7-6700K processor or an octagonal Ryzen 7 1700 processor along with a GeForce GTX 1070 card or card Radeon Vega 56 and 16 GB of memory Dynamic - this after a quick fix that came following an original announcement with a requirement of no less than 32 GB of DRAM and created negative echoes in the network.

Hopefully the title can indeed reach maximum performance with 16GB of memory Dynamic - and this is not a folding designed to reassure gamers and actually create some unexpected bottleneck for some of the title's buyers. 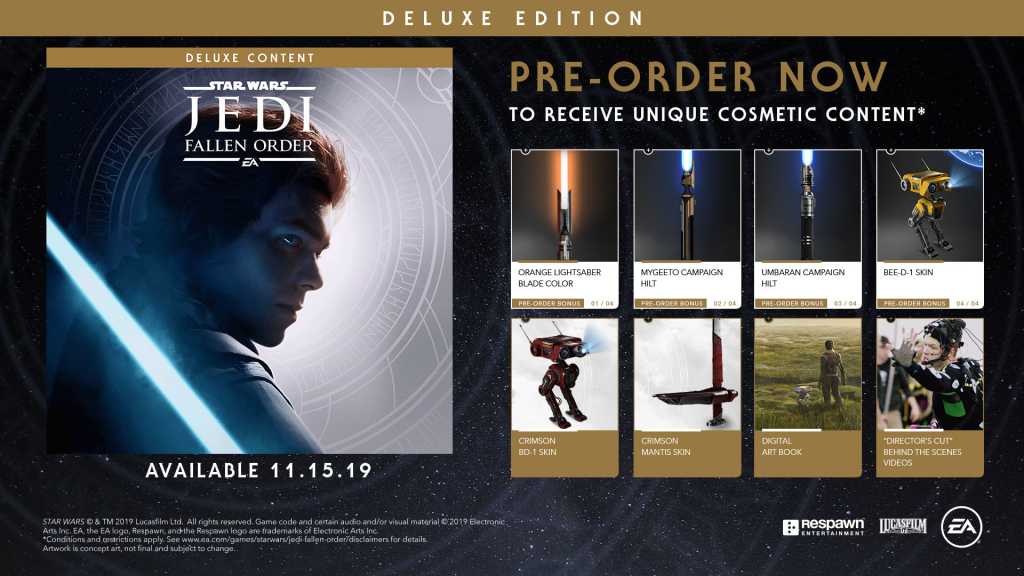 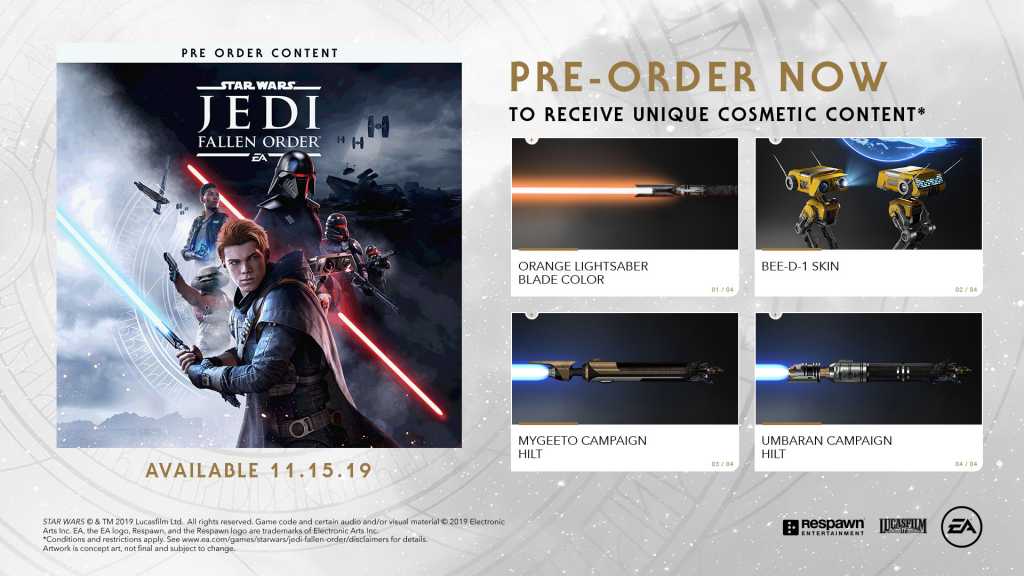 After the cool reception of Star Wars Battlefront 2, EA is trying a new approach with a game that includes a single-player plot experience, no online game modes, no real-money micro-transactions and even no plans for any DLC plugins - though those who pre-purchase one of the game versions will receive a number of bonuses In the form of objects that will affect the appearance of characters in the game. Can such an approach really succeed in the modern gaming world?

Star Wars Jedi: Fallen Order will be launched in a month, November 15, for the consolesXbox One and the-Playstation And for PCs. Are you planning to purchase it and play with it? Tell us in the comments.

updating: Fallen Order has officially hit gold (which means that the main development for it has been completed, and sent for mass replication for marketing in physical media and also to the network platforms where it will be marketed), and at the same time we get several long gameplay videos from it, so we can be impressed by the product. Expected in the middle of next month. pleasant viewing!