In less than two weeks we will have one of the most talked about games of the year, despite being the fourth sequel to a series that has already celebrated a decade of existence - Borderlands 3, which will take us back to a humorous and crazy world with countless different and special weapons, with a new star named Promethea and four new heroes to choose from.

Gameplay videos from the title we’ve met so far manage to testify that the series ’quirky and addictive charm has not expired even after a rather long five-year hiatus - and now you too can make sure you have the right hardware to experience this world for yourself.

The minimum requirements of the title include Windows 7, Windows 8 or Windows 10 plus 6 GB of dynamic memory in the system, FX-8350 processor of AMD Or Intel Core i5-3570, a sample video card Radeon HD or 7970 sample GeForce GTX 680 - and 75 GB are available for storage in the system.

The recommended requirements are not particularly monstrous (and are probably aimed at 1080p or 1440p resolution at optimal graphics settings, rather than 4K resolution at a refresh rate of 60 frames per second or higher) and include 16GB of RAM, Ryzen 5 2600 processor or Core i7-4770 processor and graphics card type Radeon RX 590 or card GeForce GTX 1060. 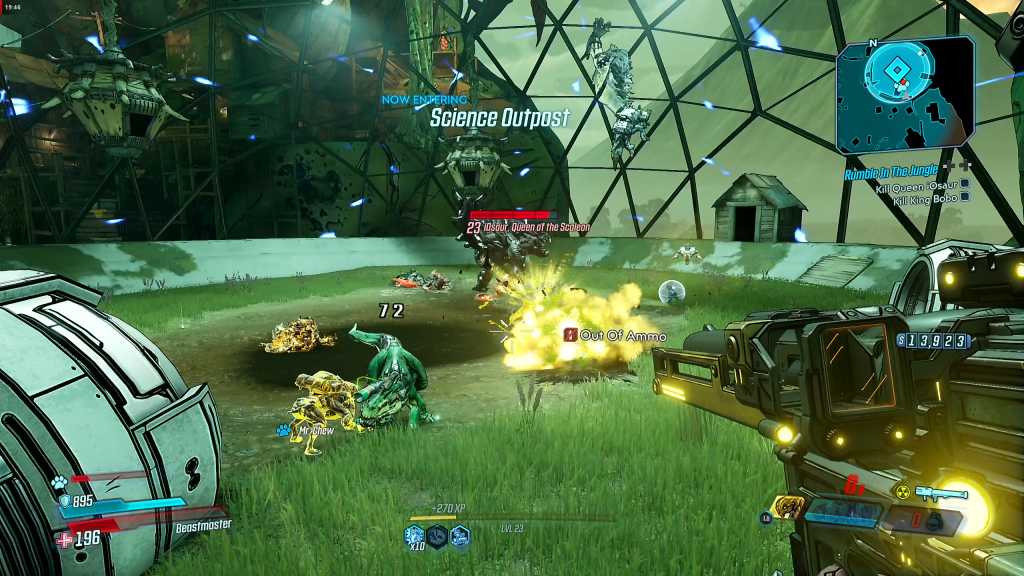 Borderlands 3 promises us a greater variety of weapons than ever before, as well as an expansion of the unique ability trees for each hero - and of course there are already plans for a large variety of feature DLC content that will try to recreate the successes the series has experienced in its previous incarnations.

In addition to the requirements themselves, the creators added a list of the various graphic options that will be part of the PC version of Borderlands 3 - with an important option to adjust the viewing angle (Field of View) both in "foot" and driving the various vehicles in the game universe, option to adjust user interface size Depending on your personal preferences, support for FidelityFX technology AMD For improved display quality without compromising performance, support for smoothing edges with the FXAA or TXAA technique and of course support for display at any refresh rate of the image without limit.

It is not possible to say for sure until we experience the final product, but it certainly seems that Borderlands 3 should come with a high level of maturity and polish for thePC.

Borderlands 3 will reach Windows-based PCs and consolesXbox One And PlayStation 4 on September 13, and is also slated to be one of the launch products of the streaming service Google Stadia When it is initially launched in November.