This was an inevitable development, apparently: the young and growing digital store is aligning with Steam And adds support for a variety of local currencies, including the Israeli shekel - with some manufacturers taking the opportunity to bounce prices up

The biggest advantages of the Epic Games Store compared to its competitors in the PC market, which are impossible to ignore, are prominent titles in the exclusive exclusivity agreement and weekly distribution of games that has accompanied us for almost two years - but in addition to these important elements, Israeli consumers have won Also for a possible arbitrage advantage compared to Steam Thanks to standard pricing in dollars versus pre-conversion to shekels.

Now the bonus that sometimes provided a tens of percent discount on the purchase of titles in the Epic Games Store compared to the purchase of the exact same titles in theSteam Is officially coming to an end - Epic Games's platform is also being used for shekels by default for the Israeli audience, and similar to what has happened and continues to happen across the road on the platform of Valve Here, too, the transition sometimes leads to a significant disappointing jump in price.

Examining the price tags in the two online game stores quickly reveals that operators are not really interested in dictating rules and regulations for distributors, giving them the freedom to convert prices according to their personal considerations and calculations - thus creating a familiar standard $ 60 price for a fresh leading title. NIS 209 in one case (Square Enix's Marvel's Avengers title as a positive example, with a tiny addition to the real current conversion value) and NIS 249 in other cases (FIFA 21 and Madden 21's). EA Games, For example).

The transition from a sale in dollars to shekels often adds over 20 percent to the cost of the game, compared to an increase of about 2 percent on average as a conversion fee for the credit company - and although you can find some examples where the pricing in shekels at Epic Games Store is slightly lower than in shekelsSteam, In most cases it seems that the prices on both platforms are quite slightly the same, and do not bode well with local gaming enthusiasts in almost any case, unfortunately. 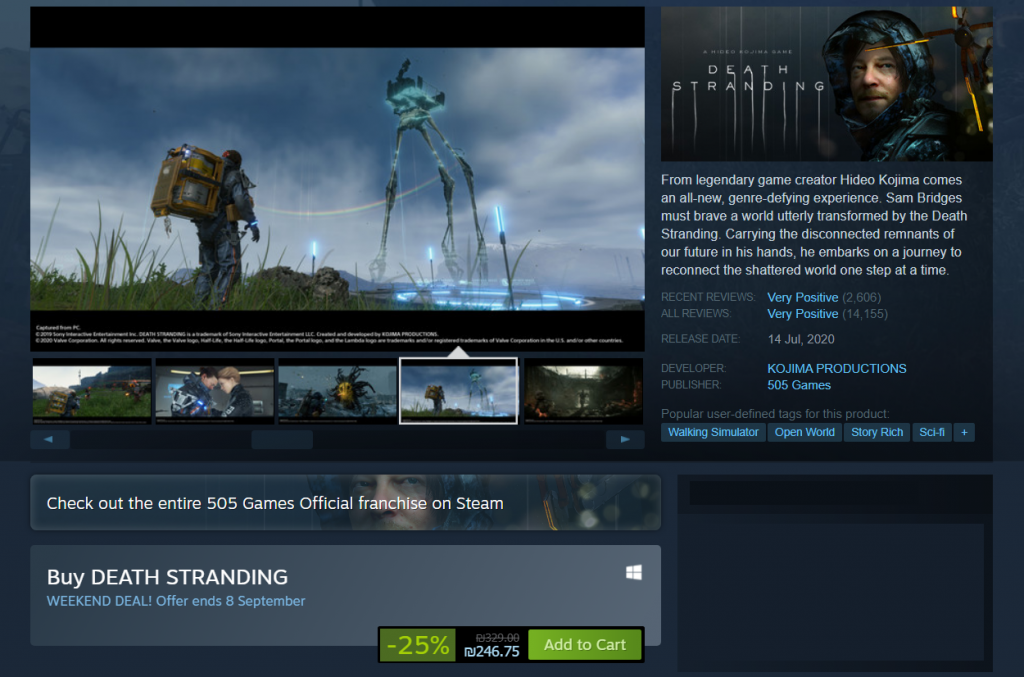 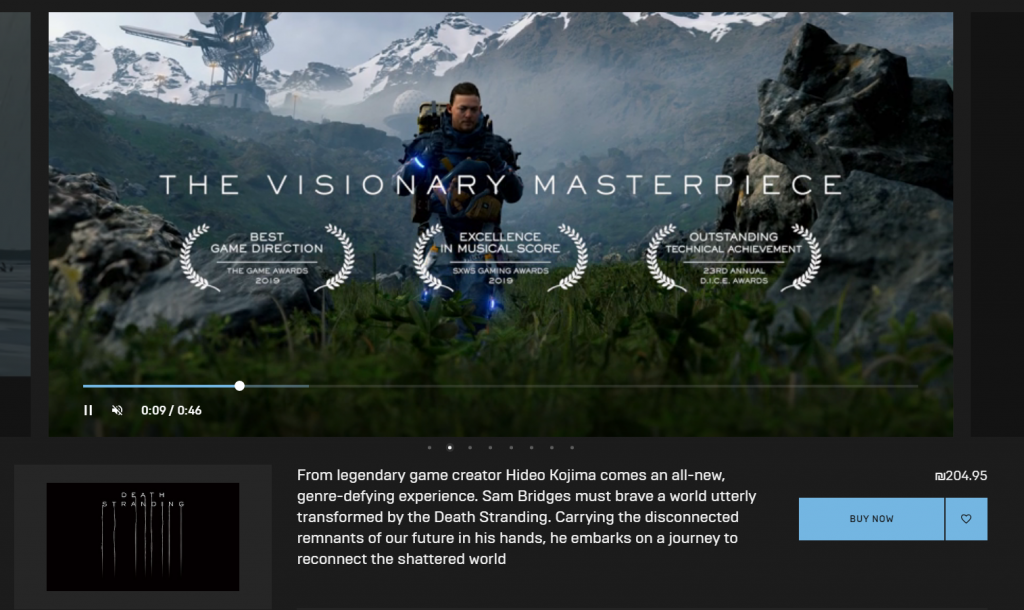 The king of absurdity is the price differentials Continues to be lightly Death Stranding, With a full price of 329 shekels inSteam (Now with a "discount" of 25 percent that does not exactly help to correct the injustice) and a price of 205 shekels at the same time inepic Games Store

The main consolation in this new situation is that there are official digital third-party stores where you can still purchase titles to activate titles through Steam At the original dollar price, sometimes even at a certain additional discount compared to the official dollar price on the original platforms. In one of the main representations of those alternative stores, the Humble Store, you will also find offers to purchase titles epic Games Original stores (and adapters for Israeli consumers) at a reduced dollar price - so at the end of the day it is worth remembering that it is highly recommended to conduct a market survey and examine prices in as many virtual stores as possible before entering credit details and completing a transaction, especially now with another popular store. .