Microsoft Dark Tower: Get to know the Xbox Series X 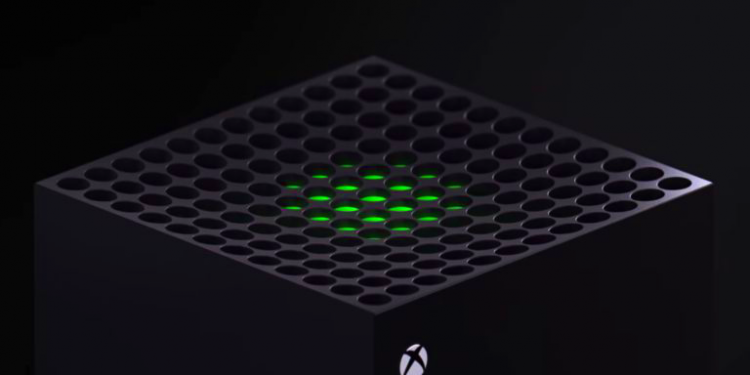 Project Scarlett, the next generation of console family of Microsoft Office, Gets its official branding and look in a fresh trailer - a year before the launch

After seven years, it seems that the end of the eighth generation of home consoles can be seen on the horizon - Microsoft took advantage of the 2019 Game Awards event (which crowned Sekiro: Shadows Die Twice as the best of all) to provide us with a new official trailer for consoles Its Xbox Series X, which will replace the Xbox One S andXbox One X during the holiday period of 2020.

The ninth generation of consoles is supposed to provide us with a pair of different Microsoft consoles right from the start, with the code names Lockhart and Anaconda (discounted with modest processing power and leading with maximum processing power, respectively), which probably explains the latest branding that refers to supply as a series of products And not just one unit - with a rectangular black design to a height reminiscent of a case PC Much more than previous incarnations.

The fresh video does not reveal new technical details, but Microsoft's written announcement once again confirms reliance on home hardware AMD, With a main processing unit consisting of Zen 2 cores and a graphics unit in the RDNA architectures - including hardware support for radiation tracking calculations we have never seen in the PC world from the red camp, an innovative internal fast SSD drive, full backward compatibility in the titles Xbox One, VRS (Variable Rate Shading) technology, or the use of variable processing power for different visual elements in a single given frame) and support for display speeds of up to 120 frames per second.

In addition to all these, we have a promise to improve processing capabilities by 4 times compared to consoles Xbox One X - although so far it is still unclear whether this calculation of Microsoft Office Refers to CPU processing, graphics unit processing, or any combination that may even take into account the performance of the fast internal storage drive compared to the relatively basic mechanical drive in the console sold in stores today.

The E-Xbox Series X, with an updated wireless game controller, will hit stores as expected during the end of the 2020 civil year 5 holiday season - presumably in parallel with Sony's PlayStation XNUMX console whose appearance has so far only been revealed as part of the development release leaks to developers and creators around the world. . This is likely to be a very interesting battle, and we will not be surprised if this move of Microsoft Office Will draw a quick response from the Japanese competitor even before 2019 passes.