Free games you must know • HWzone

You Have Free Time But Don't Have Too Much Financial Resources to Invest? Great - here are nine titles that won't require you even a penny and can provide you with hours of entertainment

You don't always have to pay out of pocket for quality gaming experiences - the net is full of special, challenging and addictive games that you can play for free, and we're here to make sure you don't miss them.

We open the list with the game that drives the crazy YouTube The last few months and you all know, but just to get it off the table - Fortnite is The most popular Royal Betal game today. And only if you happen to live under a rock is a game in which you and ninety-nine players are thrown into the same arena, with a tool Weapon That appear randomly around the map, with the goal of staying the last survivor. Feature that differentiates Fortnite from its category members is the possibility of building walls and platforms by mining materials, which adds different strategic options to the game.

And a bonus point for game creators who can play it from almost any platform, be it the computer, consoles or smartphones, and even play with cross-platform friends, so even if your friends do not have the same platform, you can still play together. 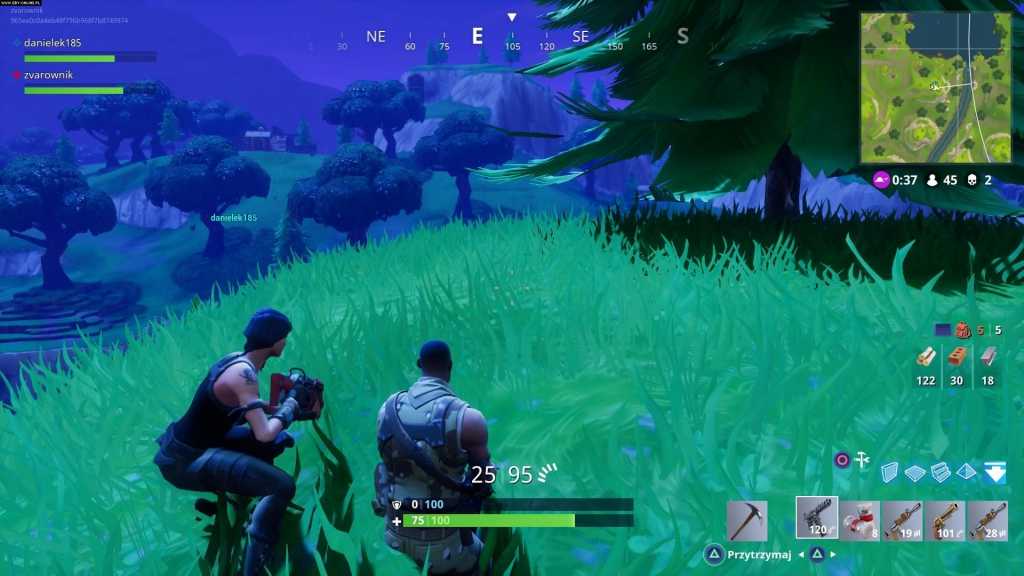 Another game that has become a phenomenon Network, Doki-Doki Literature Club is a visual novel for a computer whose face looks like just a bad anime game, but don't judge a book by its cover. You play a boy who joins a literature club because his friend dragged him there. Incredibly, the club is full of incredibly cute and stereotypical girls, who the game hero - you mean - have to decide who to start with. Sounds awful and boring? So that's it, wait a minute, not only has it gone viral.

Remember the Undertaker? Remember its cool parts that made you a serious MindPack? The way the game behaves, the way Falloway broke the fourth wall and was aware of all your action as an actor? So let's say that Flauai has a lot to learn from this game. Yes it does not look like that, but an hour into the game promises you nightmares at Laila. Really recommend you check, just note that this is not a game suitable for children and contains disturbing content. 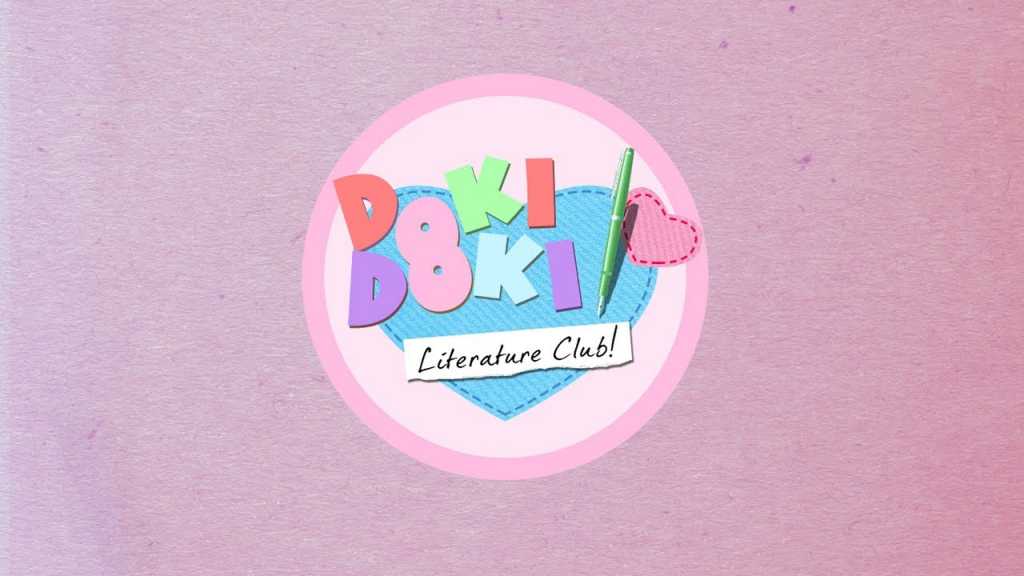 If you like spaceships, Dreadnought is a game Network Quite new that will allow you to choose a ship and take it for a round of battles across space. Each battle will place your group of ships and your teammates against a rival team of players, with gameplay that is a little like World of Tanks. You can choose from different types of ships with each of its advantages and disadvantages, and you will need to cooperate with the ships of the other players to win the battle.

At the end of the battle you will get points with which you can upgrade your ships, which will help you in the next battles. The game is currently exclusive to the PlayStation 4, but is also scheduled to reach the computer later this year. 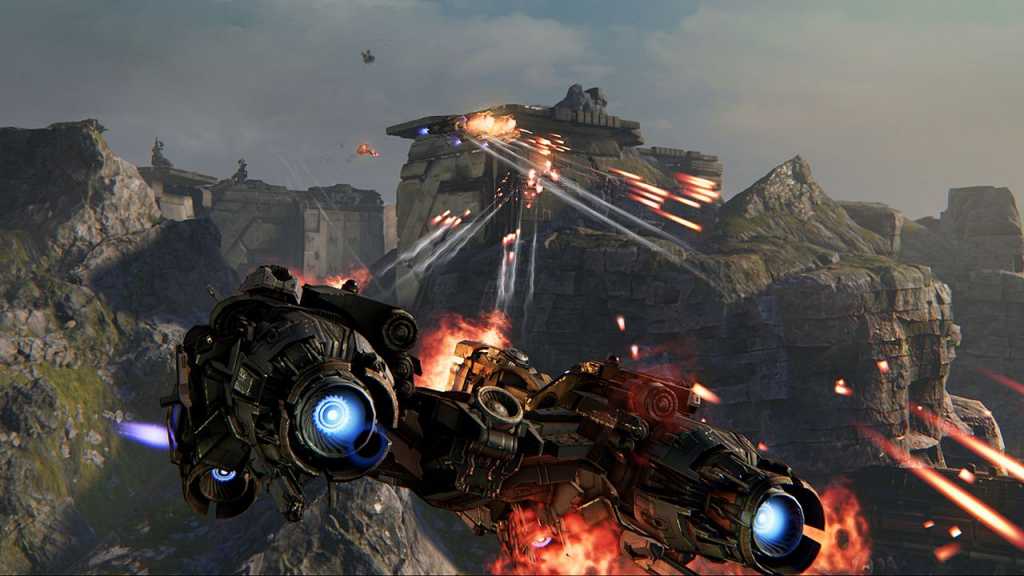 Legends is a game based on the world of Elder Scrolls and presents games that at first sight are very similar to Harcourt, but some elements make it a different game and I think even more fun.

The game has a story mode through which you will learn the basics of the game, and then you will be free to play with other people or in different game situations. The more you play and the more cards you will find, the more rich the game is. Highly recommended if you like the genre. 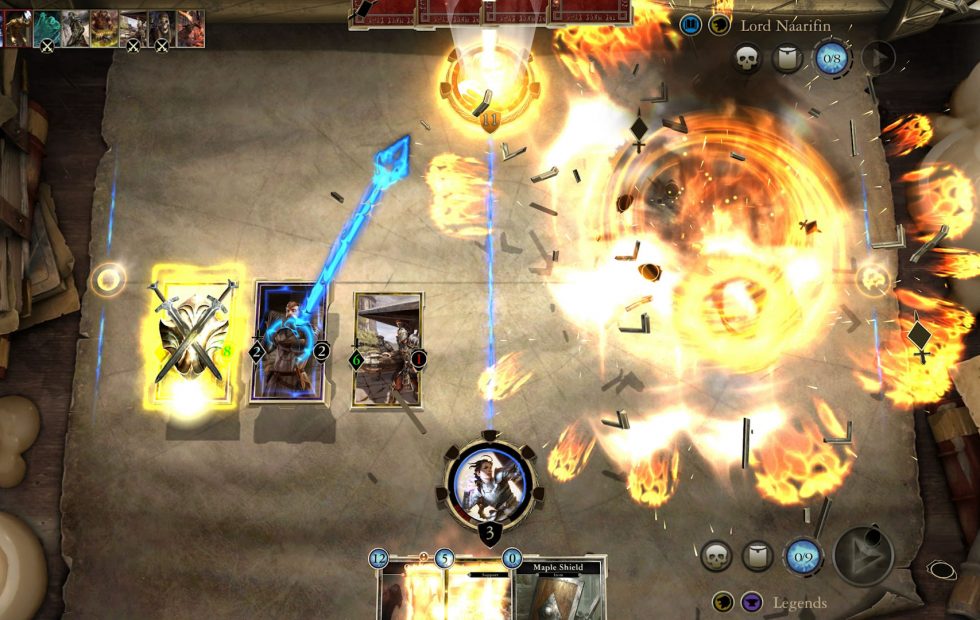 Need to get some aggressiveness? Let it Die, a free and exclusive PlayStation game 4 is a colorful hak & slash game that combines Japanese and Western styles. The game will take you to a mysterious tower that appeared in Tokyo after a catastrophic event, and the idea is that you have to succeed and reach the last floor, something that according to the plot of the game, no one has yet succeeded. The structure of the tower changes every time you visit it, so your attempt to conquer it will not look like the previous experience.

The game is full of tools Weapon Interesting, which makes fighting cool, but if your character dies, you'll lose it for good, unless you live it in different ways. The game is not perfect and it has a few problems that slightly hurt the experience, but it's hard to complain when there's such an interesting experience that it costs you nothing. 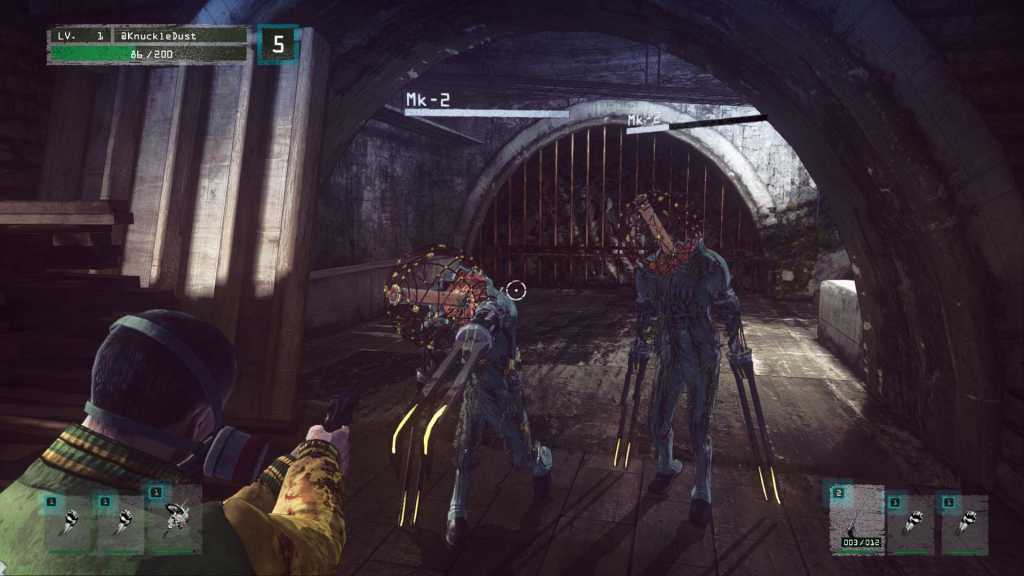 Games that are actually a storytelling experience and less a game are already a genre in themselves, and Marie's Room is just that, a game that tells us the story of two companies whose relationship has been undermined for some reason. You will play the game from the perspective of one of them, Kelsey, as her eyes explore the other girl's room - Mary.

By exploring the room you will slowly discover the story behind the two that led you there. It is not a very long game, and you will probably end it in one sitting, but hey it's free! 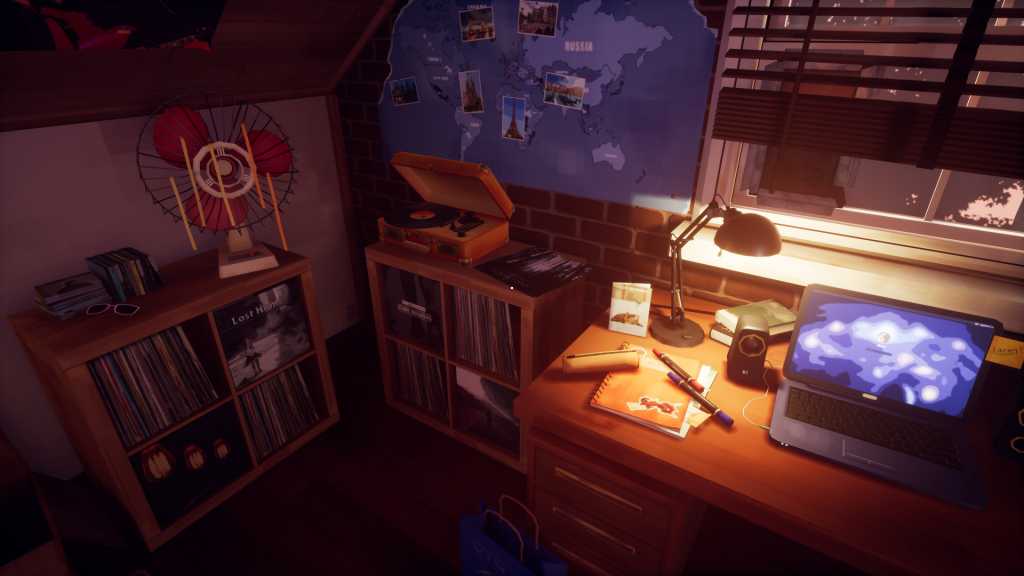 You Have to Win the Game

Do you love playing in the style of yesteryear? You Have to Win the Game is just that - an adventure platform game that will require you to explore the steps to figure out how to move forward, while trying not to die from the enemies and obstacles scattered throughout the stages, because one hit and you die and return to the final save point. Very nice game if you have no problem with some frustration. 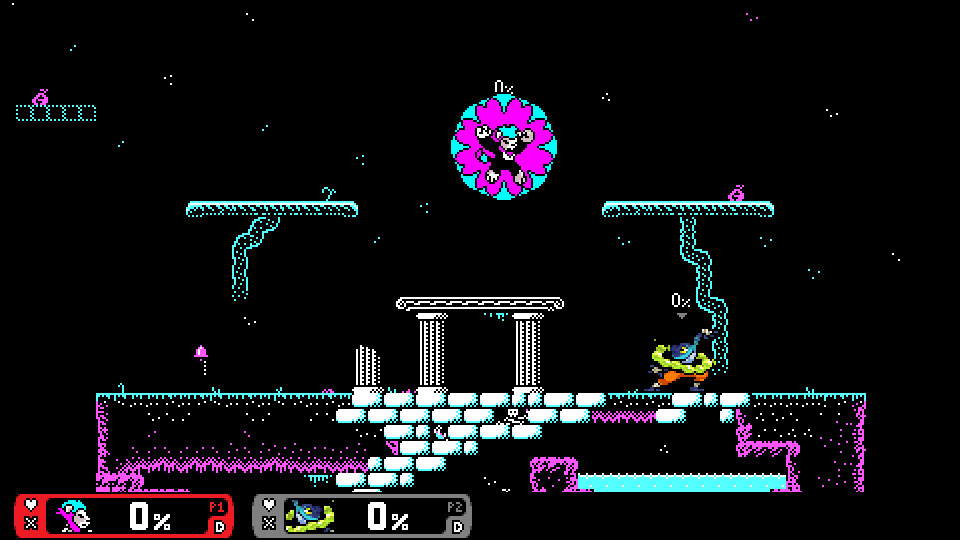 Heroine's Quest: The Herald of Ragnarok

Another retro style game, Heroine's Quest is an integrated role-playing adventure game. At the beginning of the game you will choose the class of your character, and you will embark on an adventure in a world based on Nordic mythology. The game has a main quest, but you can also go around freely in the world and do other things.

The writing of the game is great and it presents a very interesting world, and you will undoubtedly be drawn into it within a few minutes. I highly recommend it to anyone who misses old-time quests, or just likes good role-playing games. 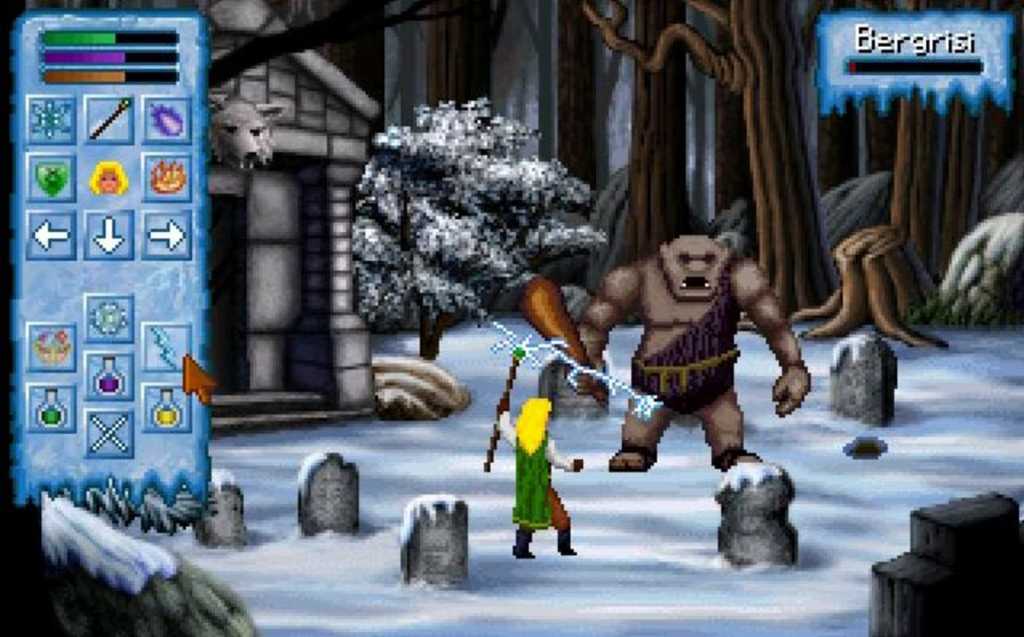 Finishing with a classic game a few months ago became partially free. StarCraft II - Blizzard's real-time strategy game released on 2010 and its online status continues to be one of the most popular in the eSport arena to date. The free section will allow you to enjoy all the original Wings of Liberty campaign plot which alone will take you at least 20 hours of play, as well as play online against other people.

This is one of the best RTS games of all time, so if you missed the game before, it's your chance to enjoy it without paying a dime. 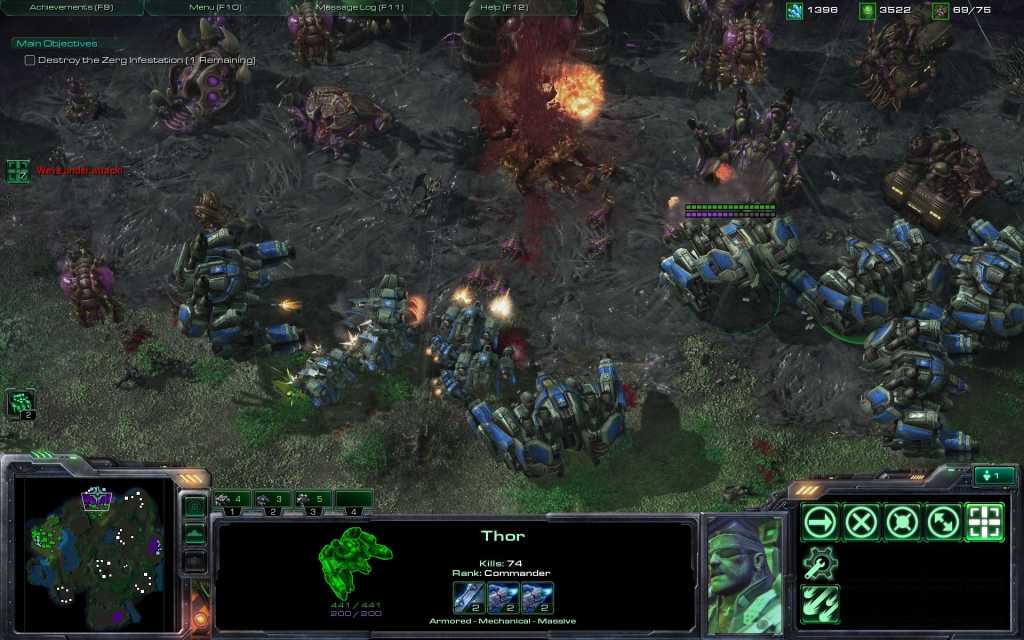 
Wait, there's more!
Join To the group of zon And you can receive exclusive updates on various offers on the net, share content that you find interesting, consult with members of the site, and more - Join now!
Tags
Steam Consoles 2018 GAMES
Share
Facebook Twitter LinkedIn WhatsApp Telegram