No time for gaming: Sony rejects the big PlayStation 5 event

The tense situation in Uncle Sam's country and the continuation of the Corona crisis decided together - Sony Announces a postponement of the event that was scheduled to take place today, with no new date at this time

The E-Playstation 5 are expected to hit stores around the globe in about five months, but for now we still do not know what these new systems will look like or what their price will be - and now the special online event that could provide some answers has been postponed due to developments in the United States.

The Future of Gaming event was scheduled to begin today (Thursday, June 4) at 23:00 PM Israel time and reveal our titles Playstation 5 months, more details about the console itself and also first official gameplay videos - but Sony decided not to ignore the large-scale demonstrations that developed for them across the United States and beyond following the event of the death of George Floyd in Minnesota.

Many celebrities saw fit to make public statements of support in the wake of the unfortunate event that rekindled and intensified interracial tensions around the world, and so did companies. Technology Many around the world - and Sony have announced that they feel now is not a good time for gaming celebrations, but a time suitable for more important voices to be heard. 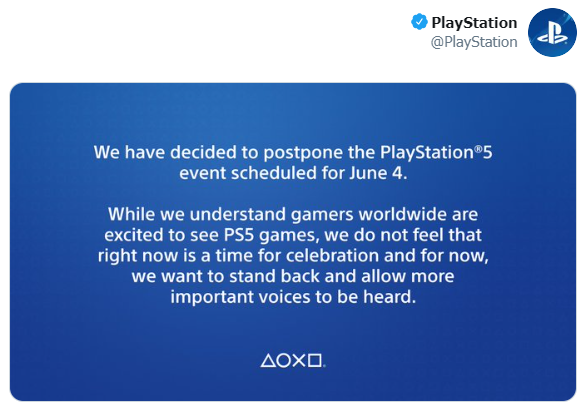 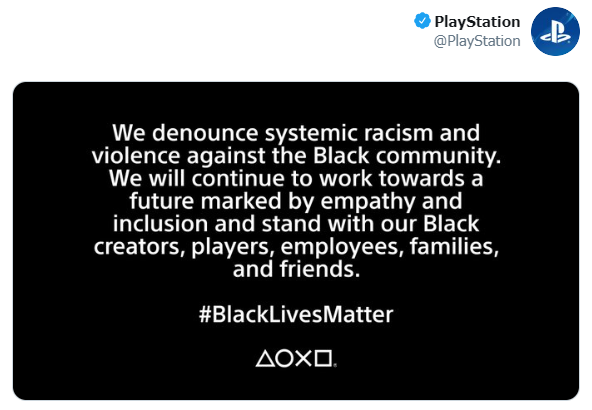 Two official announcements from Sony About the situation

At the same time, also creators of a series Call of Duty Announce Delay in Launching New Online Seasons for Their Latest Titles to the WorldsPC, Consoles and mobile (Modern Warfare, Call of Duty: Warzone and Call of Duty: Mobile), and it is quite likely that if this social unrest overcomes we will see a host of other technological events pushed forward to times that will be quieter and a little more peaceful.

Sony representatives have stated on several occasions that the Corona plague will not postpone plans to launch the PlayStation 5 as early as this holiday season, but given the unexpected challenges 2020 still poses to us even now - apparently nothing is really engraved in the rock. Think theXbox Series X andPlaystation 5 will be available in November 2020, or that beyond the launch in 2021 is simply inevitable? Feel free to share with us your theories in the comments.