Not perfect, but still miraculous: 4 fallout in criticism

Five years have passed since we last visited the wilderness, and not much has changed. Animals Mutants are still swarming around every corner, bandits are just waiting for you to pass by to murder you in cold blood, different groups are trying to impose their agenda, and ordinary humans are just trying to survive in the few communities left. But even though we've got to such a familiar place, that does not mean it's not fun to explore another new side of the US version of Fallout, an integrated shooting game role-playing game whose plot takes place in a Boston-based area.

You're playing one of the survivors of Safe 111, an underground shelter built by the government to save civilians from the atomic bomb that destroyed the United States. The protagonist of your choice, wakes up in mysterious circumstances about two hundred years later, and goes out into the wilderness to find their infant son who has disappeared from the safe.The plot only gets more complicated as you begin to get acquainted with the various organizations operating in the background. 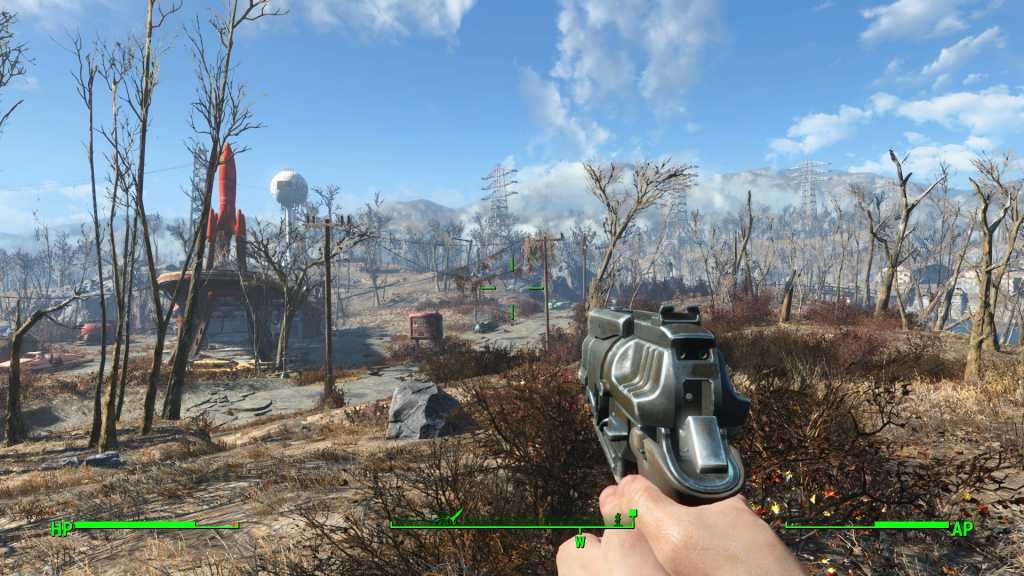 In a change from previous games, now your hero has dubbing. Since these are the kind of games that try to make you feel like you're playing yourself, the fact that you have to simulate a voice feels a little weird. In another controversial decision, a change was also made in the method of answers, with whole sentences becoming a wheel of choice in which four options have a word or two.

The plot, or just the curiosity, will send you exploring the huge world outside, and it is made in such a believable and fascinating way that it will make you want to explore every corner. Along the way you will discover hundreds of side missions, interesting places and people, challenges in the form of vicious enemies holding special equipment. In fact, it has so many distractions that more than once on my way to perform some quest I could not help but explore every house or factory or school I found on the way, that I had already forgotten where I actually intended to go. The fact that the world is so interesting makes up for quite a few side quests Written lazily, whose whole purpose is to go get some object or clear an enemy place without any interesting background story behind it. 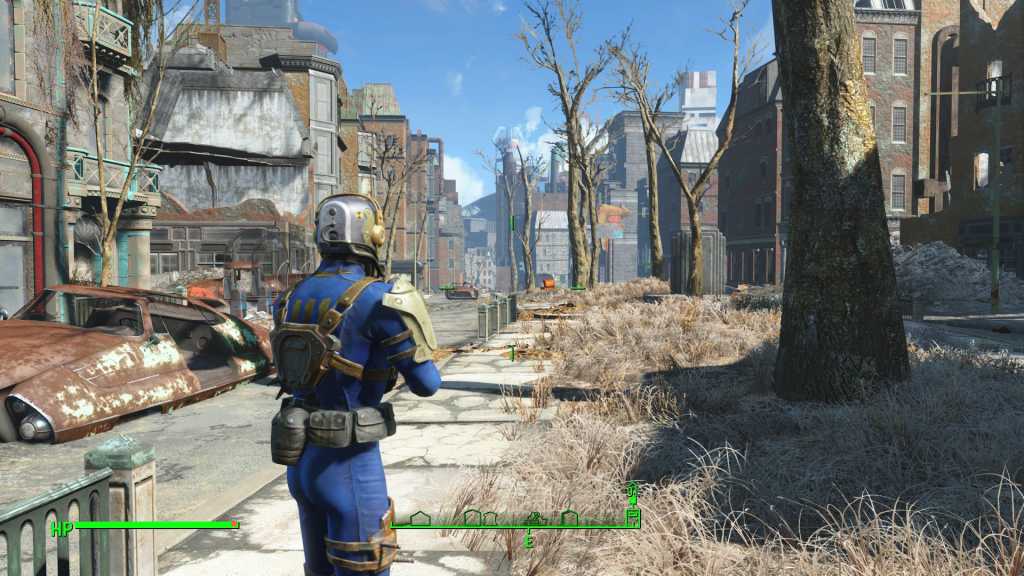 Your investigation will reward you with quite a few moments of action and a feeling of tension, when you arrive at a new place and do not know which creature will emerge now and from where, and the feeling of satisfaction when you manage to defeat it and find more advanced equipment or just discover a quest and plot behind it. The enemies in the game are stressful, in terms of looks, sound and behavior, so even with the most advanced weapons, and even if you're in one of the Power Suit suits that feel like a tank, you'll feel vulnerable when some formidable Deathclaw sneaks up behind you.

The shooting system has been miraculously improved, even if it is not yet the pinnacle of perfection, so some of you may give up on using VATS, the system that lets you choose which body part of the enemy to hit. But in my opinion there is really no reason to do that, even for the cool moments where you see the enemy die in Slow Motion. Now VATS does not stop time completely, but only slows it down, so the pressure of battle is still there. In addition it also lets you choose when to execute a Critical attack that can often get you out of difficult situations.

The selection of weapons in the game is very diverse, and allows you to choose for yourself your favorite fighting style, whether you prefer to shoot enemies in the head from a distance, or use a bat and hit them up close. A new and excellent crafting system allows you to take advantage of all those everyday objects scattered throughout the game, such as fans, bottles and cans to use the materials from which they are built and modify and upgrade your weapons and armor parts in dozens of different ways. Different cooking stations and lab equipment will also allow you to cook מזון And even produce drugs.

Another way to strengthen themselves is the Perks system. When you level up, you will get one point that you can spend in order to get bonuses or special abilities that will help you in the game. This system has been stripped from the previous games in the series, so probably the most ardent fans of the series will not accept this move with understanding. It still provides enough ways to match the character to your style. Whether you prefer to solve problems peacefully and persuade your enemies to leave you quietly, or to unlock the ability to break into robots and reprogram them and more. 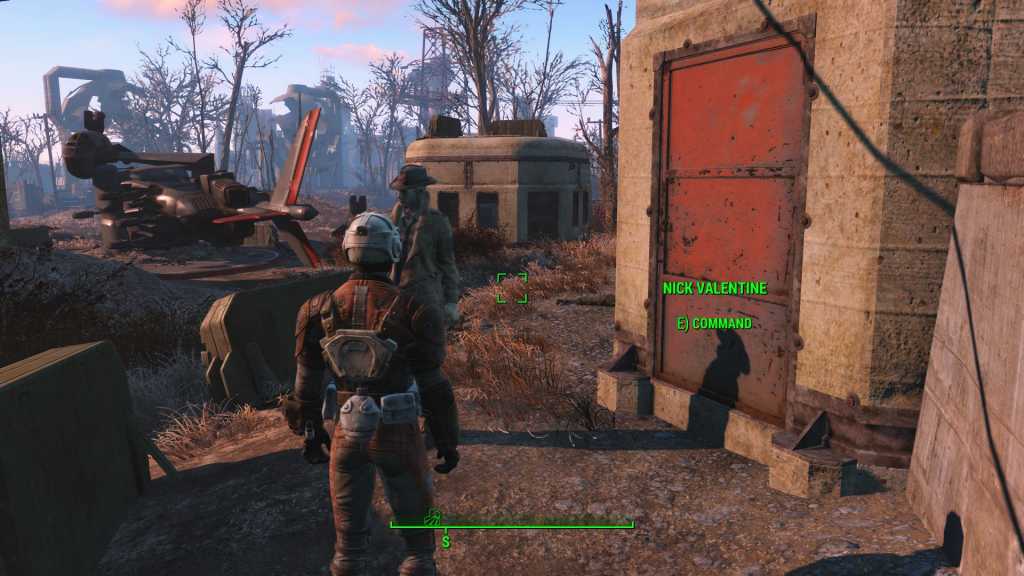 During the game you will also meet quite a few characters who can become your partners for the journey. And although each has a unique character and the fact that it is possible to develop a special relationship with them, I chose to give up their use. Unfortunately due to poor programming they act like idiots. They block doors, get stuck behind objects, run towards mines, attack enemies you wanted to avoid .. In short, there is a lot to fix there.

And when you want to relax a bit from all the destruction and action, a building system has been added to the game with the help of which you can build entire communities of your own and watch them grow and fill with people. As in the case of the crafting system, this system also utilizes any product you find scattered around the world from which you will produce the building materials. No doubt there will be people who will be employed by the construction system for hours on end. But those who are not interested, will be happy to know that there is no real obligation to engage in it. But for those who do want to immerse themselves in it, you will find that although this system is relatively convenient, it does not provide you with enough explanations. Lucky to have אינטרנט, But it's a shame the game does not do a good job of explaining its own gameplay. 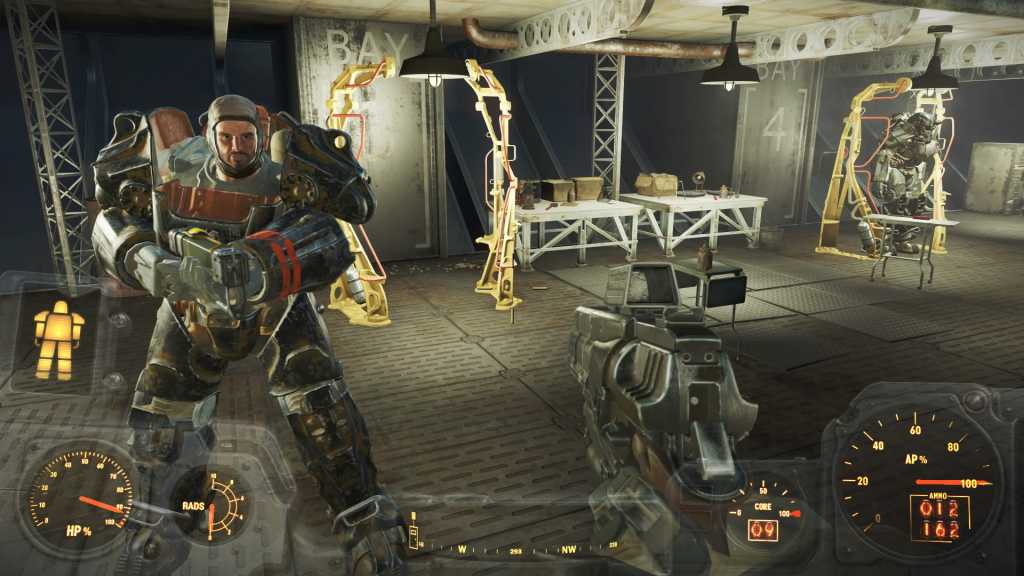 Graphically, the post-apocalyptic world looks better than ever. Yes, a bit ironic when it comes to a dead world, but without a doubt the new color palette makes it look much more alive than Fallout 3 which was all about the purity of brown and gray. In addition, the game has changing weather that contributes greatly to the atmosphere of the world, so you will get to experience a sunny day alongside stormy days of radioactive poison that causes radiation poisoning.

Unfortunately these innovations have somewhat missed the models of the people in the game some of whom look just plain ugly, and some of the textures made of poor quality. But hey, for that there are thanks, if you play on a computer anyway.

And technically, it's impossible to get a new game from Basta without bugs, and there are definitely some in the game. It collapses randomly, and you will probably come across strange plays here and there. Honestly, I did not really get caught up in too serious problems, so you do not have so much to worry about: it is definitely not Batman: Arkham Knight. But another rather troublesome problem is the loading times of the game. At every entrance to the house, using Fast Travel or just charging a guard, you will come across charging screens, which can reach a full minute. It's time to develop a new engine in the institution!

Then Fallout 4 He is definitely not a perfect game. It feels quite a bit like the next generation of Fallout 3 but is not really trying to reinvent the formula. Still, this is a hard-hitting game. His world is so interesting that you can not help but explore every corner of it. And the hundreds of side missions alongside the main plot will provide you with dozens of hours of play. So still, for all its problems, it is still undoubtedly made from the material of 'Game of the Year'.