Is the exclusive title of Consoles God-Playstation 4 walking on the thin line between a game and a kind of interactive film is worth your time and money? Let's find out

Narrative-based games that allow the player to choose how their adventure will look have become very popular in recent years. But while these games are a bit tricky for us, because no matter what choices you make, the end result won't be very different, or will always lead to a finite choice, Quantic Dream Studio has decided to take this type of game one step further and create a game where your choices really are Changing the entire course of the game and ending it - and so we got Detroit Become Human, by far the most ambitious game the genre has seen.

The plot takes us to the city of Detroit, Michigan, US of 2038. This is a future that is not presented as anything too futuristic. In fact, the game world is not very different from our present except for the fact that vehicles are fully autonomous, and nowadays everyone has a smartphone and many have an iRobot, in this future. Most people have a home Android, robot Human-like person with artificial intelligence.

Androids are everywhere, they do the housework, they go shopping for you, they work as sellers, factory workers, and so on. Then suddenly, out of nowhere - they begin to develop feelings and self-awareness. 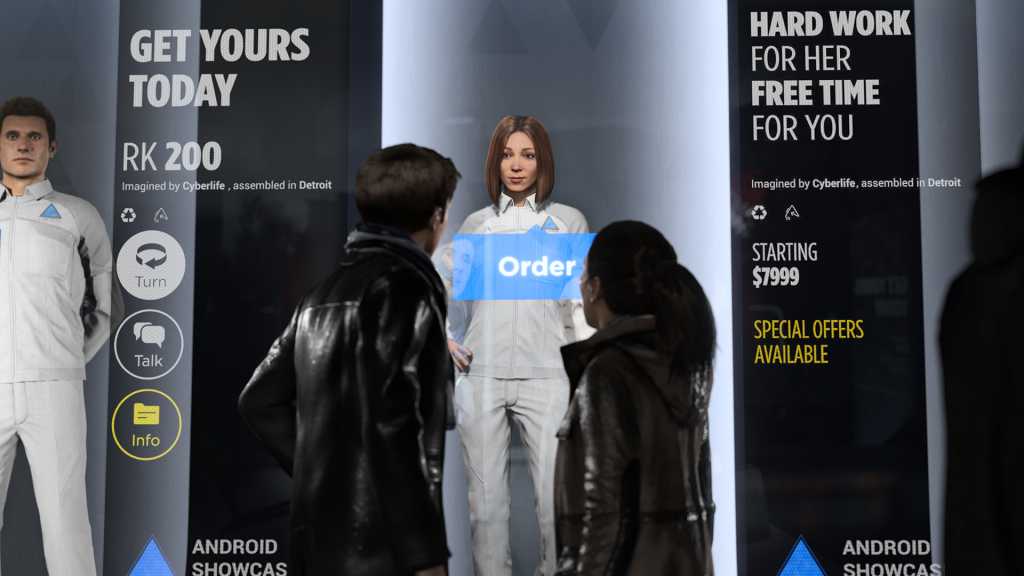 In the middle of this turmoil we follow the story of three main characters:
Kara is an endowment of a housekeeper who decides to put an end to the violence of her husbands towards his little daughter, Alice, takes her and flees with her from home.

Marcus is Android A protagonist of a personal therapist who, for certain events, finds himself a leader of the Androids' resistance group, which seeks to gain rights and recognition from humans, who of course treat them as objects rather than beings with feelings and understanding.

Connor, the last character, is Android A police detective type sent by CyberLife, the Android's manufacturer, to cooperate with the police to find out why the androids are getting out of control. 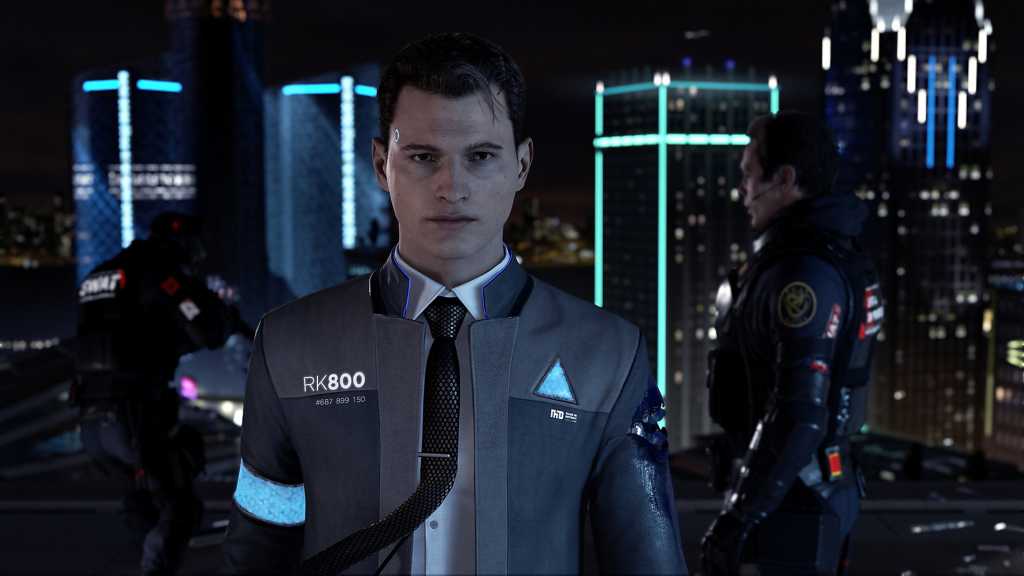 The game rotates between the three characters whose plots take place simultaneously, and sometimes even collide, but feel completely different from each other.

The plot of Kara is a bit like a survival horror game. You really feel how she and Alice are alone in the world, do not know who to trust and who does not. The choices you make will determine her and Alice's future.

Marcus's story will take you on his journey to establish a resistance group, which includes increasing the amount of androids in the group, obtaining supplies, and influencing public opinion. The game with him feels more like action films, because it will often require you to break into places and get out of them safely. The choices you make for it are the most significant for the future of the androids. 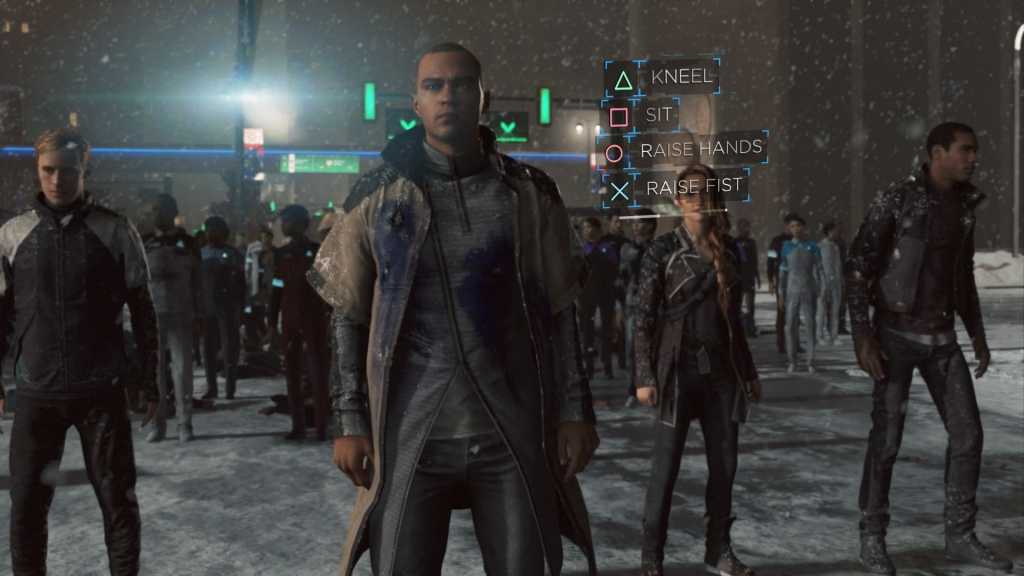 Connor, the last and most interesting figure in my opinion, is Android An ambitious person who always wants to finish his mission. He is a maverick human scoundrel named Hank who is not really an androids lover, and Conor has to zigzag between Development Relationships with his new partner, and the resolution of deaths that occurred by androids, which will send you to investigate crime scenes to understand what caused the androids' software to go wrong.

Unlike other games in the genre, each of your choices really has weight and meaning. As Connor, you have to decide how to deal with Hank, to be sensitive to him or to act like a cold machine trying to finish the job at any cost.
As Marcus, would you like to achieve your freedom at any cost, including the use of terrorism? Or will you try to influence the public and remain on the path of a pacifist?
With Kara, any choice you make can lead to your perception of you and Alice, so you have to carefully choose who you trust and how to act. 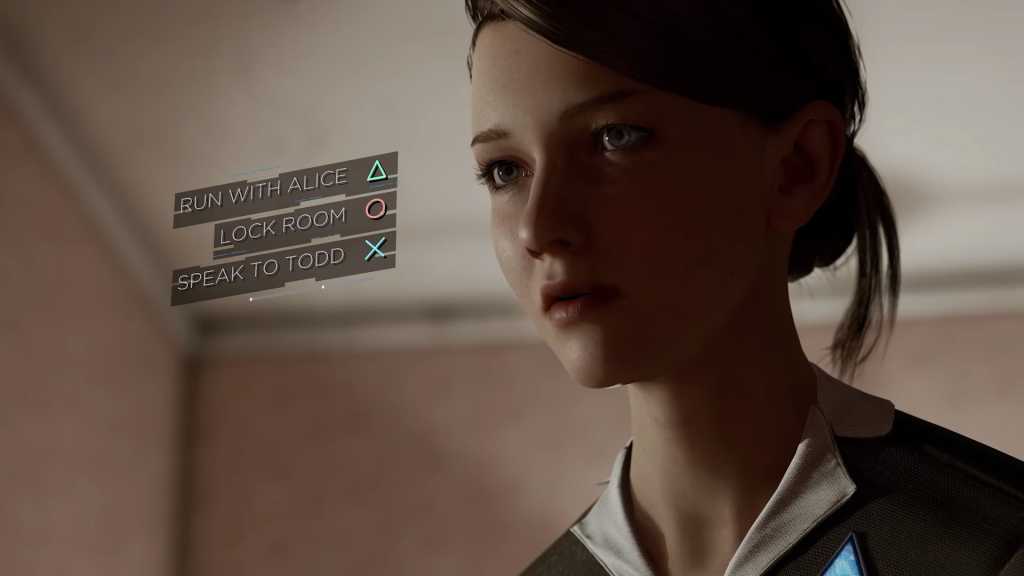 The amount of scenes you will receive in accordance with those elections is simply inconceivable. How unthinkable? I finished the game twice, and then I went to YouTube, and to my surprise I discovered so many different scenes that I had never seen, or that they were different from what I had, that it was really crazy.

To keep track of all your selections, the game shows a diagram at the end of each stage showing the selections you've made along it, and you can then access the menu and replay it if you like.

And despite the scale of the game, which makes it so unique, it should be noted that writing the game will not exactly earn the Quantic Dream Pulitzer. The dialogues are quite banal, at least for the most part. And the message behind the game is crystal clear, and will not really leave you a point to think about. Yes, people hate everyone who is different from them, and they will always run to blame him for all their troubles in life. This is not really new. It's not that you will not find yourself connecting to characters or excited about the plot, but the texts are a bit simple. What compensates for this is the wonderful game of the human players behind the characters, and the facial perception technology that makes the game one of the realists on the market.

In addition, gaming, well, is largely made up of decision-making, attention to detail at a stage that will allow you to open different ways to solve different situations, and a lot of very quick time events. Aside from the reflexes that will require you to press the right buttons at the right time, there is no real play here. You can call the game a very interactive movie if you like, but if you are from the people who just need pure action and less interesting plot, it will be less suitable for you. At the very least, the game is really straining - for example, when you play as Connor, he can use his software to recreate the events at a crime scene. So it's true that there's nothing challenging about it, but it still looks really cool. 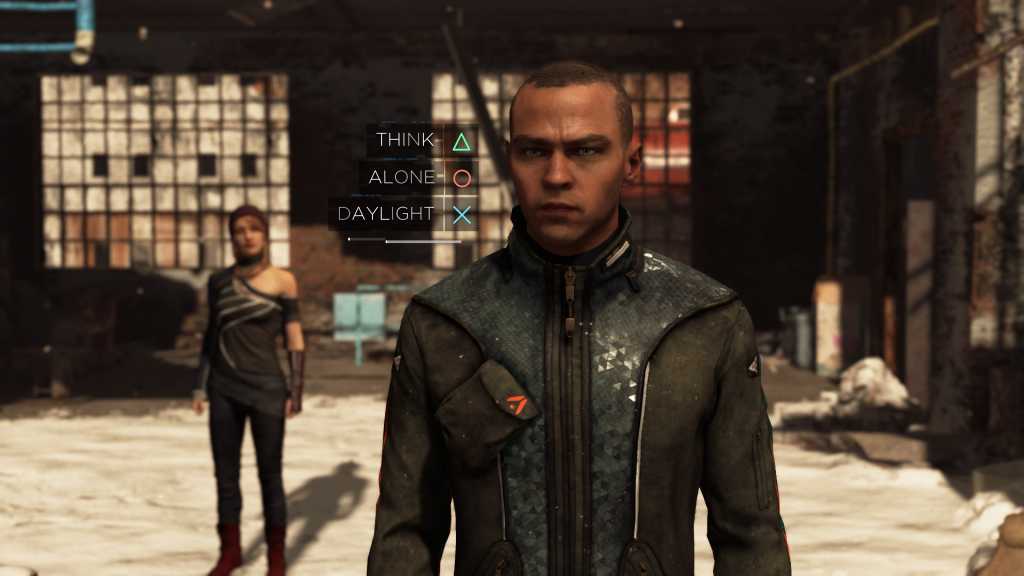 So in conclusion, Detroit Become Human is undoubtedly one of the more special games of the year. The amount of choices and choices you can make is never ending, so I will not be surprised if you find yourself playing the game more than twice. His writing is not wow, but the gameplay is simply amazing, so if you own a PlayStation, it's worth it.


Wait, there's more!
Join To the group of zon And you can receive exclusive updates on various offers on the net, share content that you find interesting, consult with members of the site, and more - Join now!
Tags
Playstation 4 2018 GAMES
Share
Facebook Twitter LinkedIn WhatsApp Telegram