• HWzone: Rise of the Tomb Raider

The new game starring the most famous virtual archaeologist looks great and feels very good, but is he really able to transcend his predecessor? The answers are inside

Lara Croft returns to another adventure, a third-party adventure action game that is a reboot from 2013, a novelty that brings us back to the time when it was just starting out as an archaeologist.

A year after the first game event, in which Lara was thrown into a futile adventure, this time she is planning her own journey. The study of her father's suicide, dealing with a mysterious archaeological object called the Divine source, disturbs her rest. Lara decides to follow him and find the same finding that he is said to have the power to grant eternal life, all to prove to the world that he is real and that her father was not mad.

Only it turns out that not only Lara believes in the mysterious object, that a military organization called Trinity is trying to get the "Divine source" for its dubious purposes, and as far as they are concerned - every means sanctifies the goal.

Her journey will take us to distant places around the world like the deserts of Syria and the mountains of Siberia. Where you will discover ancient and crumbling places, full of archaeological treasures and an astonishing landscape. You will often find yourself stopping for a moment to admire the beauty of the place, just before you leap to the danger of the collapsing ceiling, the beasts and traps, and of course the challenges you have to solve to get out. 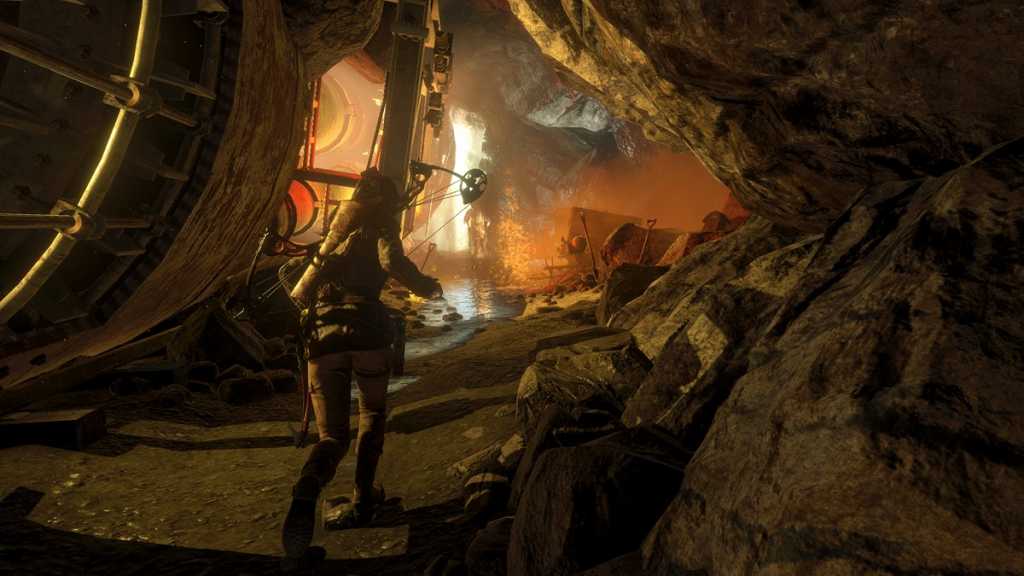 There is no doubt at all that the game’s strengths are in parts of exploring ancient tombs, the hallmark of the brand. All the puzzles are made just to the right degree of challenging difficulty, but one that will not bring you to a level of frustration. Each site you visit will have to utilize new tools every time you discover, so that each site is completely different from the other in its design, it adds to the challenge by introducing new games.

But if you thought walking in graves was all you'd find here, you were wrong. Not only is there an action in describing the game. As mentioned, the picture also contains an organization called Trinity, which is not really happy that they have competition from Lara, and from their point of view there is no problem trying to kill her. 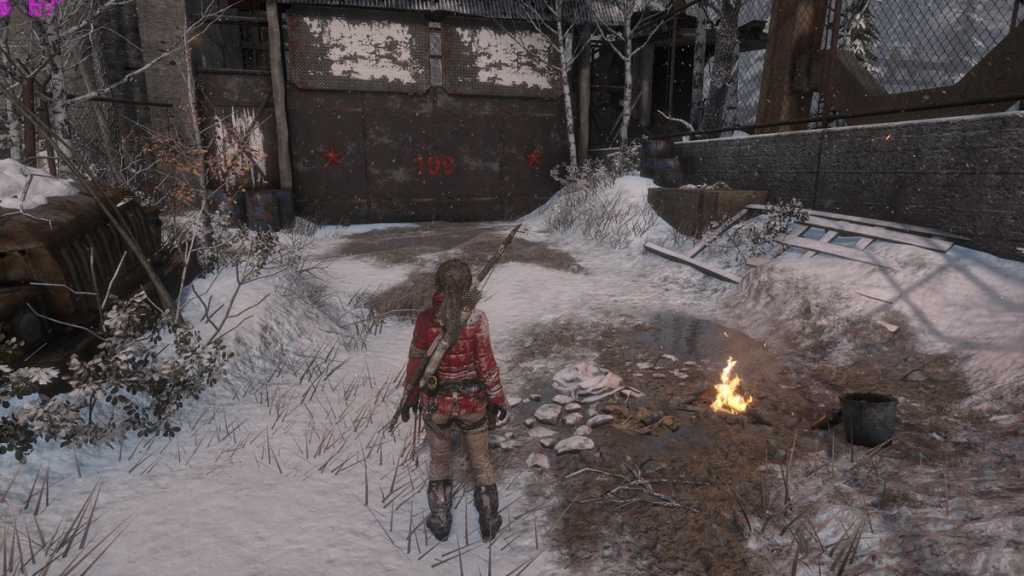 But Lara, despite her youth, survives by nature and will not let a shady organization stop her. By collecting the various resources you find scattered throughout every corner of the game, you can put together a tool Weapon Different, and upgrade them. In addition, the more enemies you kill, the more side missions and more archaeological reality, you will learn different abilities that will make your life in the game easier and more enjoyable.

The selection of your weapons and abilities grows during the game, so that by the end you will become a one-man army.

But still, since you are one on dozens of armed fighters sometimes, you usually have to turn your head and utilize your environment to your advantage, rather than run straight into the fire. 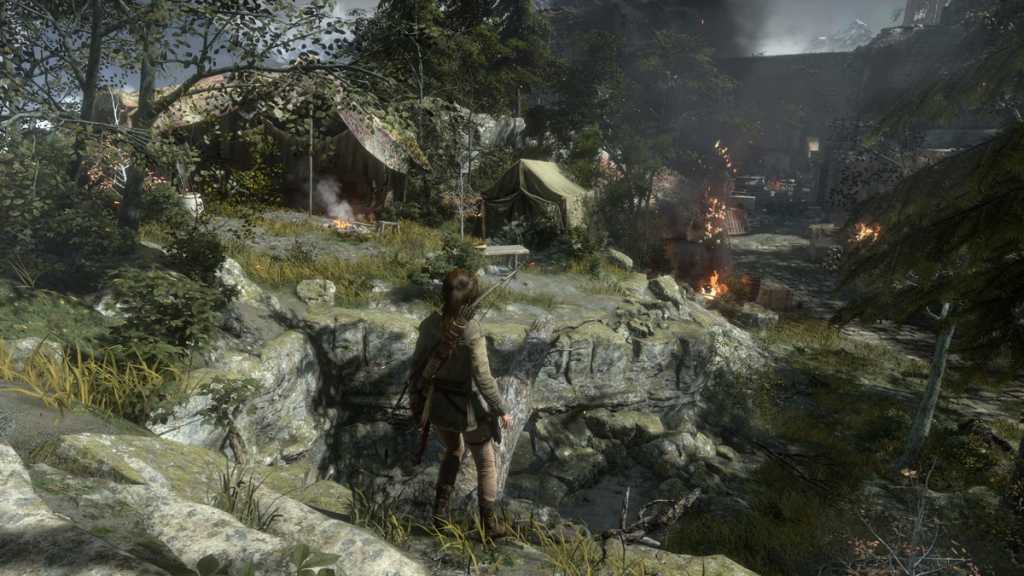 But even though the combat pieces are a lot of fun, in my opinion there are far too many of them, and they, along with the resource gathering part and the Sami world tour open up a little take over the game. The developers have added, and made a large part of the graves in general as parts of choice. Tomb Raider, I find it a strange and even disappointing decision, because I have often found myself waiting impatiently to find the next grave.

The game itself feels a bit like an adventure movie, you're its main protagonist, but while its plot is interesting enough, it's not really unique in any way, and you'll probably forget it a week later. But in truth it does not matter that much, because it's the kind of games you play for their entertainment value, something he does.

In contrast to the somewhat mediocre plot, the characters 'gameplay and dubbing are not bad at all, and the Motion Capture technology definitely does a good job of conveying the actors' feelings to the characters they play. What I did, I would be very happy if they'd done something with Lara's choking noises, because it was really very unpleasant. 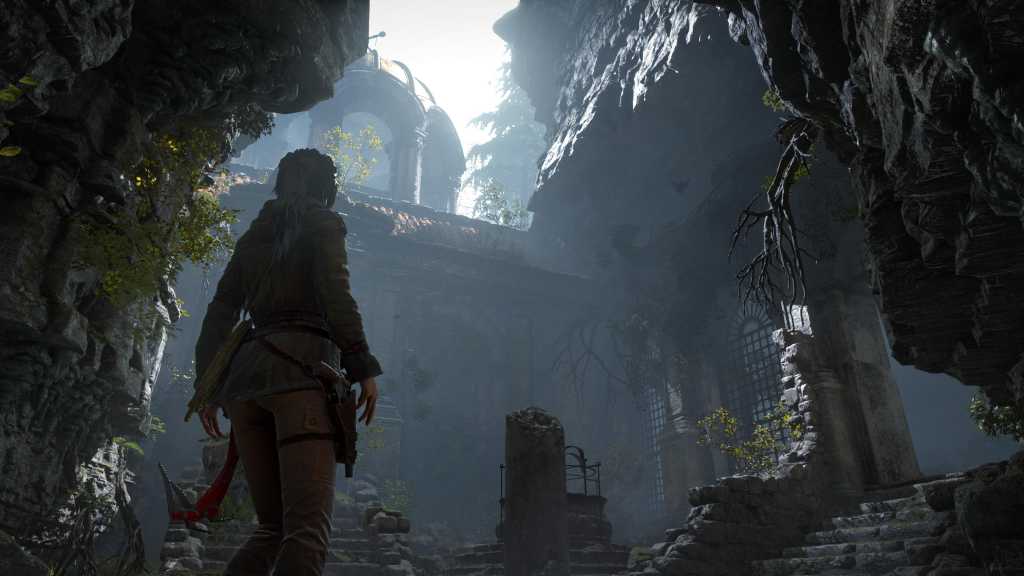 Technically, and I'll talk about the X-PC The rise I played, the game works great. Here and there there is an unexplained fall in the Premiership in some parts of the game, but this is not a significant drop, and has been partially dealt with in a recent update, and is likely to continue to be treated later.

So do Rise of the Tomb Raider Is it a good game? Yes, absolutely. It will make you feel like part of a cinematic adventure, and it is very enjoyable. But on the other hand the creators of the game have forgotten some of the sources of Tomb Raider, because his heart is exploring tombs rather than a shooting game. Still, you will get a fun adventure from start to finish, so you will not be disappointed if you play it.