Vampires and the City • HWzone

Dreaming of a quality role-playing starring vampires who will inherit the legendary Bloodlines? Vampyr is probably not the answer - but it is a fun and unique creation in itself

What would you do if a night Dark Would you wake up from sleep and discover you've become a vampire? Would you succumb to your new nature and murder people to keep blood thirsty, or would you try to preserve the humanity that remains in you? With this issue should face Dr. Jonathan Reed, a new action hero roles in Vampyr from Dontnod Studio.

The plot of the game taking place in London of 1918, the year in which the world was hit by the Spanish influenza epidemic that killed millions, opens as a remnant just returned from the front, where he served as a military doctor. Unfortunately, he is attacked by a vampire, and suddenly wakes up from a mass grave of people who have passed away from the disease with crazy thirst. A thirst that leads him to accidentally murder his sister whom he did not recognize because of the confusion he felt.

From there, Reid, who soon finds work as a doctor again, decides to investigate what happened to him, who was the vampire who destroyed his life, does London have more vampires? And why so many people in the city become Skal - an inferior breed of vampires who are more like wild monsters lacking intelligence.

As expected, this investigation will not be easy, because London has become a rather dangerous place, with a depleted population because of the disease, fanatical guardians who only seek to kill anyone suspected of vampire, that is, you and of course those vampire monsters attacking everything that moves. 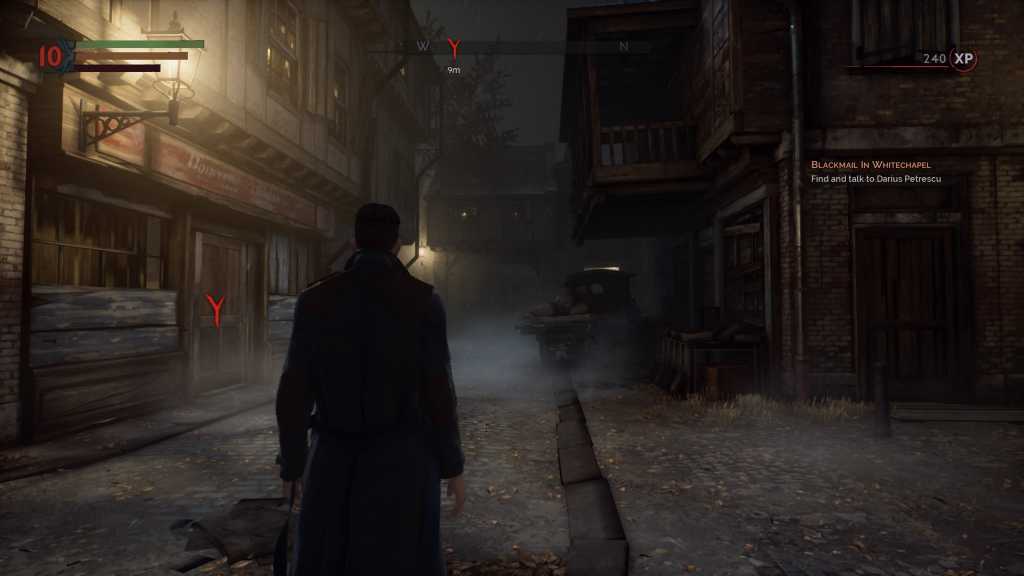 In order to fight your enemies you will have a battle system that combines tools Weapon Accustomed to the special powers you can develop as a vampire. The main weapon does damage, and the secondary stunts the enemy, with the aim of putting it to the floor and taking it blood used to activate the vampire abilities. Overall this is a pretty well balanced, if not perfect, battle system and takes some time to get used to.

To improve your character, once you get to points of shelter around the city, you can use the desktop there to improve the weapons you find, if you have the right parts.

But to develop your cool vampire abilities as well as to raise Reed's parameters, you'll need a few not surprisingly, blood, that will bring you points of experience. You will get points of experience when you follow the plot of the game, talk to the characters who inhabit the four quarters of London, drug them and cure them or just finish different tasks, but all this will not be enough to develop your character really. 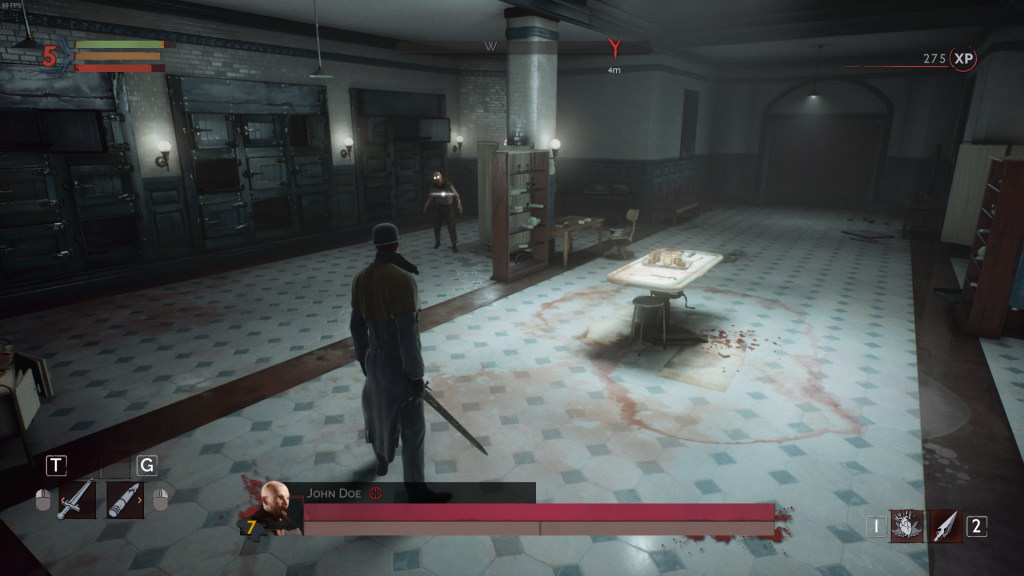 And here we find out how special the Vampyr games are. You have the choice - to kill or heal. If you choose to kill a civilian, you will immediately receive a small amount of experience points. The problem is that once you kill him, any side plot that was associated with him, and any information you could extract from him about other characters will be lost forever. In addition, every London district has a level of sanitation. If you kill civilians from the same district, בריאות The Quarter will descend, causing even more powerful creatures to wander the streets and an increased number of patrol patrollers in central areas. And if you choose not to kill at all, you will find that the game does not really become a difficult writer after that, as you would expect. On the other hand, not even killing at all is a bit of fun, and perhaps you'll allow yourself to bite some little criminal here and there.

In any case, even if you decide that you do want to kill, it does not pay you to do so immediately. Because in Vampyr, the more you know about the same person, the more blood you will get out of it, which will give you more points of experience when you kill him. It should be noted that despite the problems of writing and dubbing here and there, most of the characters you meet feel like real people with a reliable story behind them, so maybe you'll suddenly realize that you care about the same person, or maybe he's such an important figure that the entire neighborhood will be hurt if you disappear, which will make you think twice. In order to discover the full story about that citizen, you will have to talk to other characters who may know him and discover pieces of information in the form of letters, notes and others scattered around him, which adds to the game a facet of investigation. 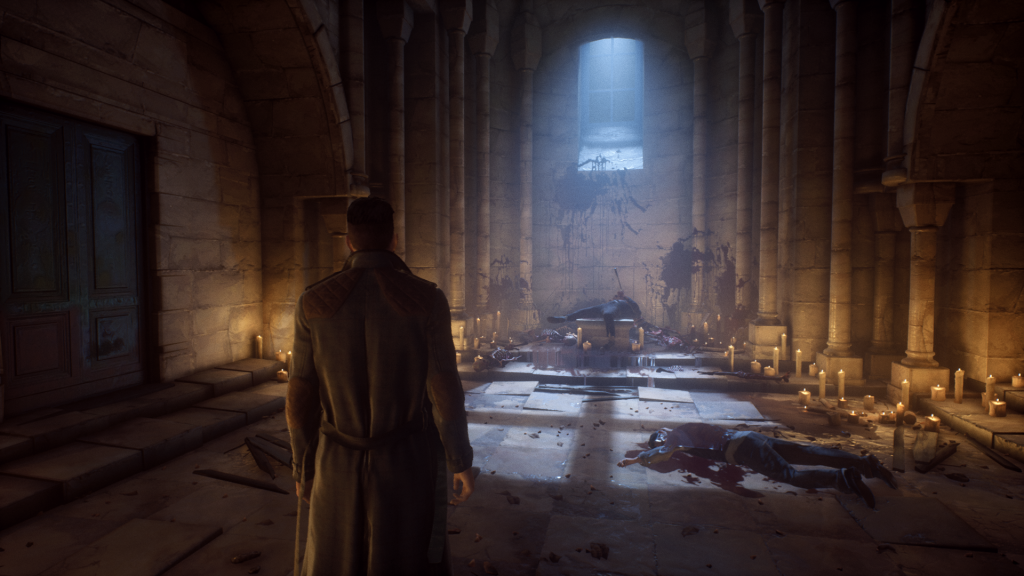 Overall you will find that your choices have a lot of significance in the game. Who to kill, who to spare, what sentence to answer for the character in front of you, all of these have a different impact, some of them far-reaching, sometimes even annoying, because you have no way to expect that suddenly the whole quarter will go Just because you chose to feel sorry for a guy in the plot is really a good person.

But the biggest downside to the game that will send you traveling all over London, is the moment you realize that the game map is not huge in size but still quite large and there is no Fast travel game. Yes you heard right, the game will send you running all over London, bumping into guards and monsters over and over again, when you don't even have the incentive to fight them, because the amount of experience points you get is virtually zero. It just prolongs the game time and feels obviously fun. This feeling increases when you realize that quite a few routes are blocked by gates, which can be opened from the other side if you make a route that is several times longer, or open according to the plot.

Another bit that really annoyed me is related to the way the game keeps. Can not save independently, and the game saves automatically. Mostly it's fine. The problem begins when we assume that they have died in a boss battle. The automatic guard will ensure that you return to the point that is three meters from the battle, which is excellent, just what? You'll find that your blood gauge is empty, and all the potions and bullets that you've probably wasted on the boss have not come back. Amma? This business does not apply to a boss whose entire life is full again. 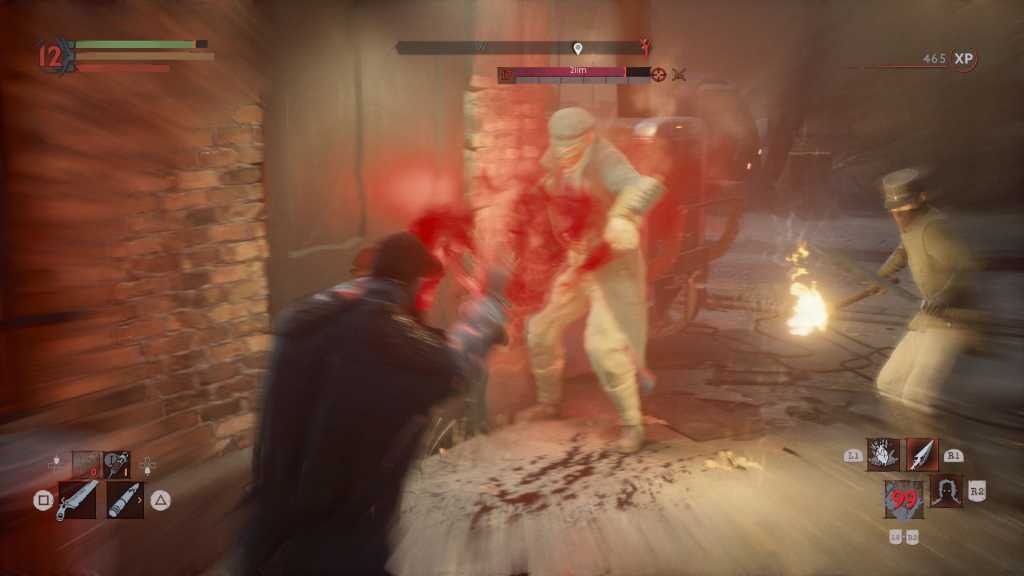 It's just annoying and watching, because obviously you will not make a trip all the way back to the nearest hiding place to replenish your inventory, so I do not know why it's good.

So yes, Vampyr is far from being a perfect game, but on the other hand he is able to compensate for this with an excellent atmosphere, interesting plot and unique playfulness. The game of the decade will no longer be, but if you're in a vampires game that really makes you feel like a vampire, or just looking for a game that's interesting and different from everything you know, it's definitely worth playing.


Wait, there's more!
Join To the group of zon And you can receive exclusive updates on various offers on the net, share content that you find interesting, consult with members of the site, and more - Join now!
Tags
Steam 2018 GAMES
Share
Facebook Twitter LinkedIn WhatsApp Telegram