A little less than a month ago we told you about Sony's optimistic plans Sell ​​an unprecedented amount for Consoles Between next year and 2023 - but it turns out that there is no need to wait another year to hear that thePlaystation 5 is exceptionally successful and breaks records for the company that created it.

Fresh announcement Sony's interactive entertainment division tells us that it has crossed the sales threshold of 10 million systems Playstation 5, in just 249 days from the initial launch - a new record that shatters the precedent set by thePlaystation 4, which managed to reach sales of 10 million units in 271 days during 2014, and also easily surpasses the data of thePlaystation 3 and even of thePlaystation The mega-successful that eventually became the best-selling salon platform of all time.

You can just try and imagine how many Consoles Could have sold Sony so far if the global shortage of chips had not created a continuous and large shortage of Consoles Playstation 5, which are snatched up before they are enough to hit the shelves in most parts of the world, including here in Israel - would the number of systems sold have multiplied, or perhaps it is actually the great demand in front of the supply that encourages many consumers to take advantage of every opportunity to purchase? This is something we can know, perhaps, only on days when the shortage will finally come to an end and the PS5 will be easily found in any gadget and technology store.

Other impressive figures for the new generation console refer to the volume of game sales since its launch - with 6.5 million copies of Marvel's Spider-Man: Miles Morales sold since November 2020 (for Consoles God-PS4 And the PS5 consoles), more than 1.1 million copies of Ratchet & Clank: Rift Apart sold to PS5 consoles exclusively in less than two months and over 560,000 copies of the Returnal game sold in recent months, also exclusively toPlaystation 5.

To celebrate these accomplishments, or not, Sony has also announced the coveted launch of the ability to expand the internal storage capacity of their new console, which is known to include an additional free slot for drives NVMe In M.2 configuration - one that should help the system maintain relevance in the coming years as many leading games will swell to installation volumes of over 100 GB, and therefore will quickly and easily fill the system's basic storage volumes of about 660 GB "only".

A beta update to PlayStation 2.0 version 5, currently available in only a few countries around the world with plans for gradual expansion in the coming weeks and months, enables the ability to independently add drives storage Fast in volumes between 250GB and 4TB for the installation and running of games - and confirms to us the hardware end requirements of Sony For these products that have been a significant issue of interest for some consumers from the first moment of the launch of the platform. 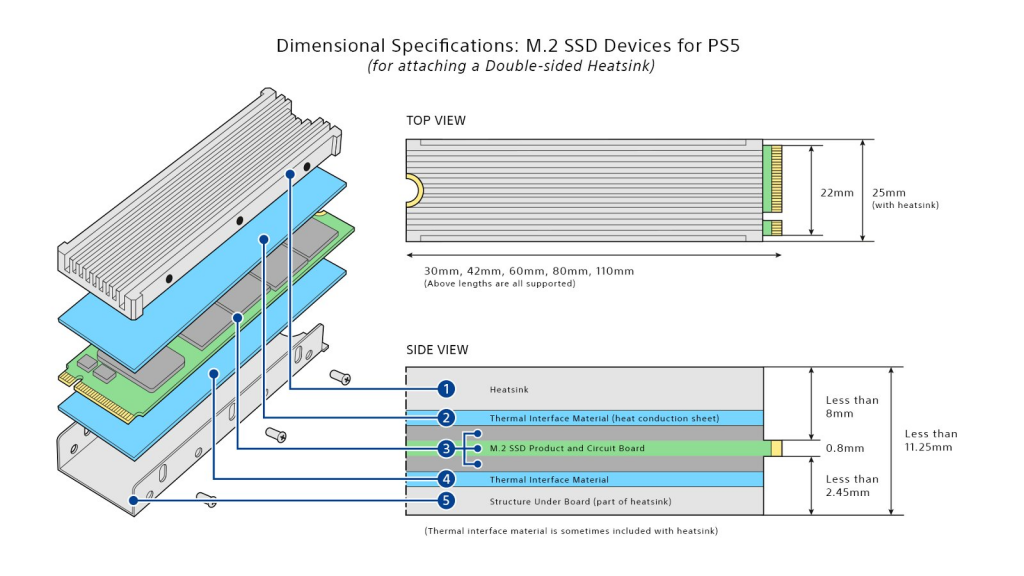 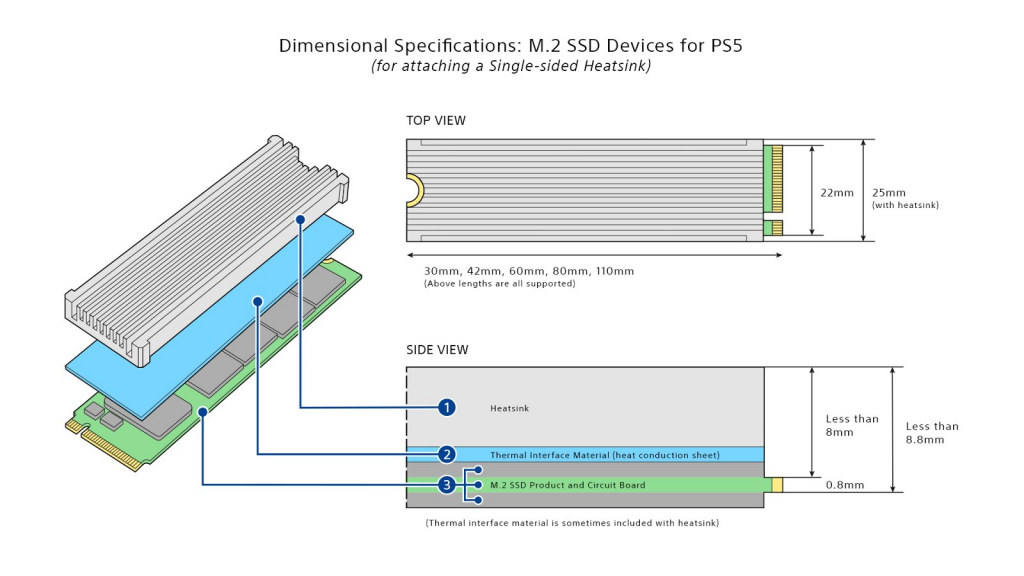 The official requirements for drives SSD For expandable storage on PS5 (for this stage) both for any product that supports the standard PCI-Express 4.0 × 4 based on the M.2 interface, with continuous read speeds of at least 5,500 MB per second, a length of between 30 millimeters and 110 millimeters that covers all currently common configurations under the modern standard - and a total thickness of up to 11.25 millimeters , Of which up to 2.45 millimeters in the direction of the system motherboard and up to 8 millimeters in the direction of the top cover of the expansion slot, for the printed circuit of the storage and for an active or passive means of heat dissipation which is also defined as a base requirement.

It seems that despite previous concerns that Sony will artificially restrict the use of drives storage Of only a few partner manufacturers, the growth in drive availability PCI-Express Advanced 4.0 over the past few months allows users who are interested in much greater flexibility (and it's good that way).

You already have Playstation 5? Planning to purchase one soon? Let's talk about it in the comments.