Steam designed: Sets gets a facelift 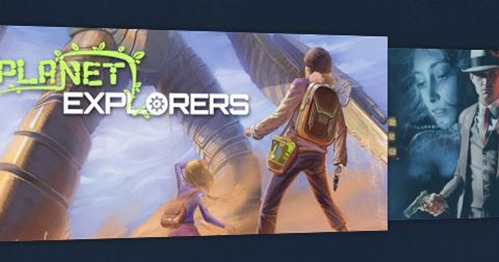 Sets software of Valve, Which until recently was only available on the platform Windows, Gets a refresh with a new design for the home page, which will adapt itself to the user

The update, which the company calls "The Steam Discovery Update", is designed to make it easier for the user to browse games, get customized recommendations and is designed to deal with the significant increase in new games being added to sets. "Over the past nine months, 1300 new games have been added to Sets' catalog, and the number of active users of the software has exceeded the one hundred million mark," the company said. In the official announcement.

The company's catalog now numbers over 3,700 games, and the company just keeps adding and updating. All customization options and recommendations are based on the user's past purchases, according to which, and according to the purchases of his friends, the user will be presented with games relevant to his taste. 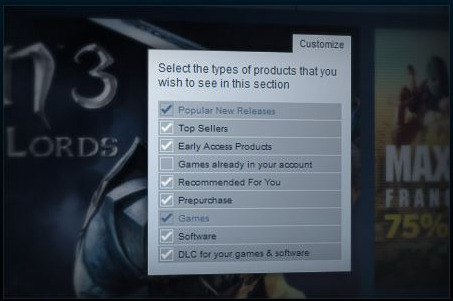 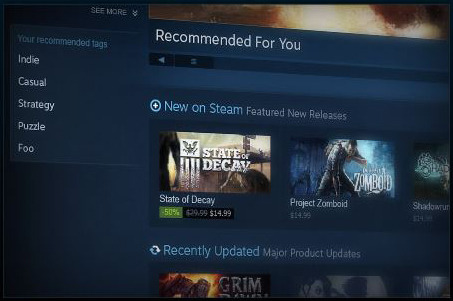 On the right, the option to customize content that will appear in a certain part of the home page and on the left new menus with new and popular games, bestsellers and suggestions by friends

Sets, first launched in 2003 for computers running Windows, is estimated to account for 75% of all online game sales. With the development of games like Half-Life 2, Dota 2 and Counter Strike, a company Valve Was one of the first and beloved in the field, when it also reached the Mac platform first when it released the set version for the operating system in 2010, and two years later also for Linux.

The company created Special site Where you can take an in-depth interest in every aspect of the update, and get a taste of the refresh done to the home page.