Standing at the high end: Reviews of the Fallout 4 are here

The new post-apocalyptic action game has been launched, and to our delight it seems that most critics and players agree that this is a great experience that respects the brand, even if it is not perfect

So what do the first and lucky experimenters think of the new post-apocalyptic creation? So far, most of them seem to agree that the game is definitely delivering the goods, despite the almost impossible stalemate placed by countless fans, both young and old, scattered all over the world.

In the visitors, the game receives a respectable score 87 from 100 For the PLAYSTATION 4, based on 49 Reviews Currently, 88 out of 100 To the Xbox One version based on 24 reviews as well 87 from 100 To thePC Based on 19 reviews. These scores are slightly lower than the average scores given to Fallout 3 at the time, but also higher than those of Fallout New Vegas, slightly higher than those of Fallout 2 and similar to those their original Fallout won somewhere nearly two decades ago.

All critics agreed that this is a huge, diverse and intriguing open world that makes the player fall in love and "get lost" in search of new adventures, but there were also those who were a little less impressed than before, noting the plot and characters who mostly fail to make a significant mark, management system The player's equipment and belongings that continue to be cumbersome and about as uncomfortable as they were in Fallout 3, Oblivion andSkyrim Before that, and even seemingly not always impressive graphics - though this last section will probably become much less relevant in the future, with the advent of modding tools that will allow fans of the field to provide us with new textures and models that will completely change the look and feel of the title.

In the PC players, the situation is somewhat less impressive with about 80 percent of positive scores, based on approximately 8,300 votes In Steam, When most of the claims from the disappointed ones relate to technical issues with which the game was launched (unlike all of Bethesda's previous open world games, in fact), which lead to critical crashes and bugs during the game. Assuming most of these problems are fixed over the next few days with a patch or number of patches, it is likely that we will see this average climb a bit upwards - because after all it seems that beyond the technical problems, the vast majority of players are happy with the product itself.

Destructoid was one of the few sites that "killed" the new game with a score of only 7.5 out of 10

Fallout 4 has received absolutely good scores in all categories, which actually currently puts it at the top of our rankings for the launch season of the end of 2015 - and yet, we believed we would see even higher scores for the game, which would not only restore Fallout 3's great quality On the canals above it thanks to the addition of many significant and very extensive elements, such as the resource collection system and the creation of objects and buildings. 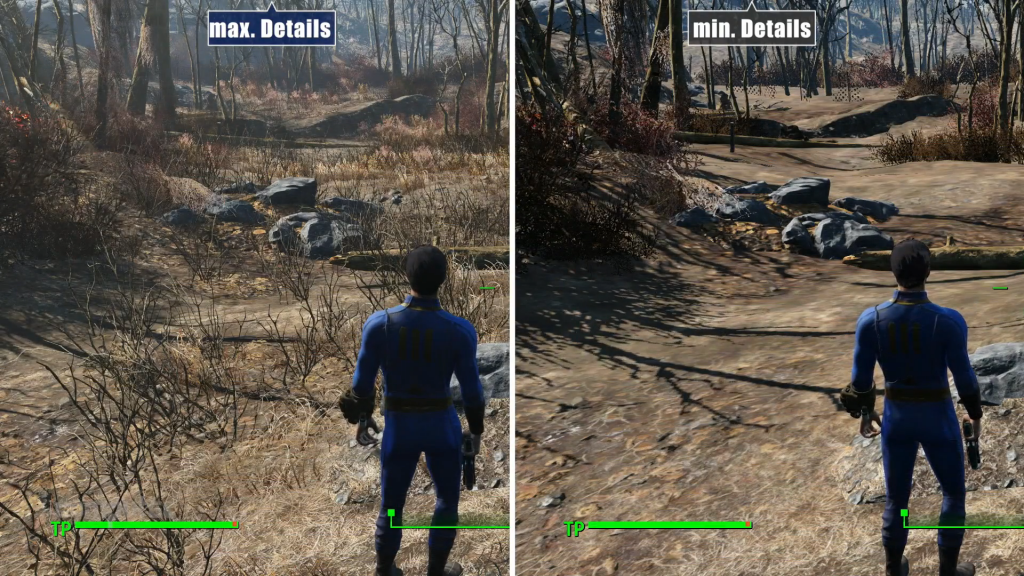 It is possible that the launch of Fallout 4 along with Bethesda's renowned modding tool (which could have allowed the community to make a quick fix to some of the issues with which the title was launched) would have helped it get scores approaching the mythical 95 out of 100 and north, reserved for only a few purple titles. But on the other hand, it seems that sometimes you just have to settle for what you have - Fallout 4 is another fine open world game, which will presumably side with The Witcher 3 and Metal Gear Solid 5 in a tough battle for the title of 'Game of the Year', and also help greatly establish 2015. One of the best years for the gaming world in the past decade.

You already are You've started to indulge To Fallout 4? Tell us about your impressions and complaints (if any) in the comments!