The Great Operations Project Of Steam Goes into the last line. We have collected the ten best deals for the next day

Discounts continue to flow and we continue to put you in order, concentrating the best of the best into one orderly list. Here are the ten promotions not to be missed in the next 24 hours, both as part of the standard promotions and as part of the Flash Sales that also change once a day (after 12 hours in the top list, and another 12 hours in the bottom list that opens after pressing the 'button' see all ').

From the main promotions:

From the Flash Sale promotions: 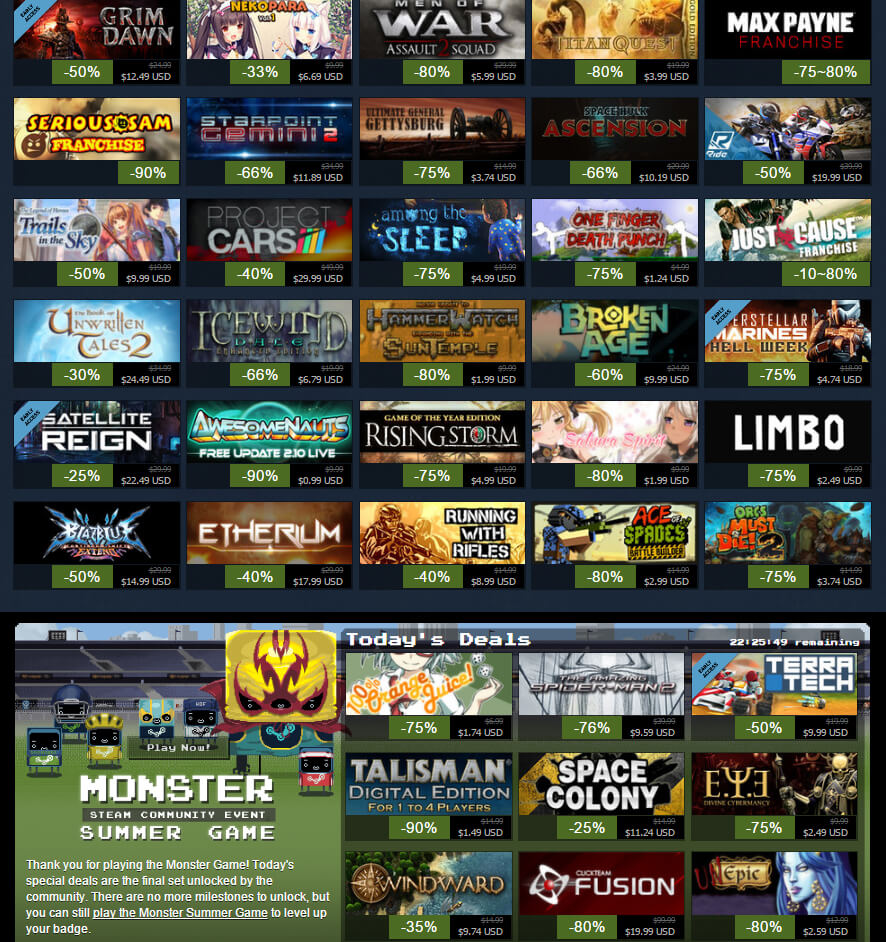