Ahead of the launch of the promising Rainbow Six: Siege, inHumble Bundle The latest you can get most of the great games created with the help and inspiration of writer Tom Clancy for $ 10 or less

One of the most notable examples of positive and fruitful collaboration between the world of literature and gaming is that of the many game series bearing the name of the late thriller writer Tom Clancy - Rainbow Six, Ghost Recon, Splinter Cell and others, which began two decades ago as part of Red Storm Entertainment. It was founded by Clancy himself together with a partner, and continues today in the distributor and developer UviSoft, Which is vigorously preparing these days for the launch of the new and ambitious title Rainbow Six: Siege (which puts the brand back into action after a long hiatus).

Now you have the opportunity to receive a significant part of the Tom Clancy's family titles - at any price you choose to pay for, starting from a single dollar, thanks to theHumble Bundle. 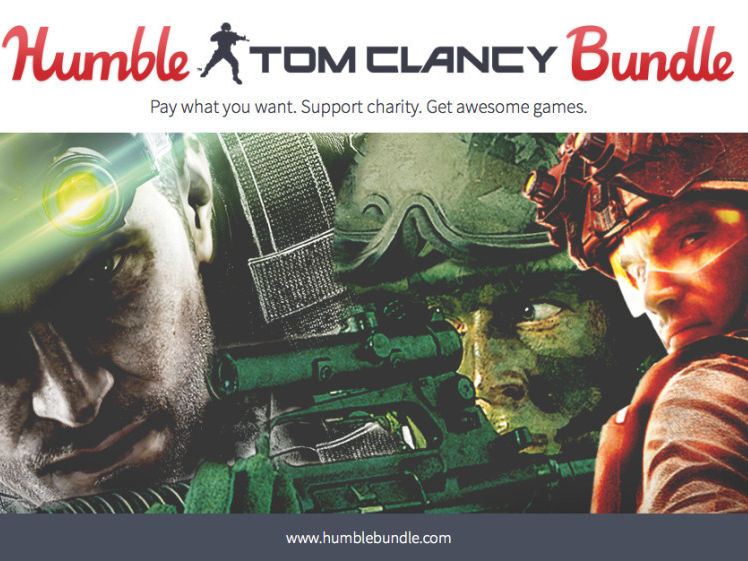 Those who pay one dollar or more will receive the base package which includes the first and classic Rainbow Six from 1998, the original and acclaimed Ghost Recon, Chaos Theory, the third episode of the Splinter Cell series, Rainbow Six 3: Raven Shield in its full version which also includes the expansion pack Athena Sword, the Rainbow Six Vegas who 'reinvented the series' in 2007 and also a key to access The closed expression of Rainbow Six Siege Which will begin on September 24th.

Those who pay a higher than average amount (currently $ 8.38) will also get access to the original Splinter Cell, Rainbow Six Vegas 2 as well as Splinter Cell: Conviction, the fifth episode in the series that came to us in 2010.

Those who pay more than $ 10 will receive another up-to-date, high-quality pair of games: Splinter Cell: Blacklist, launched in 39, and Ghost Recon: Future Soldier, released in 2013.

For dessert, those who want to go for the whole box office will be able to pay a sum of $ 75 (or more), and get all the titles mentioned earlier, in addition to the new Rainbow Six Siege when it launches on December 1, 2015, an official Siege shirt plus a discount of 66 percent on three titles from home UviSoft In the Humble Store, which operates in parallel with theHumble Bundle. Equal? Depends on your level of sympathy for these tactical action games.

It is definitely worth noting that all the titles in the package are offered in their version based on the Ubisoft Uplay platform, and not on theSteam Of Walb. Usually the packagesHumble Bundle It is customary to offer a choice between several available platforms, but this time it seems that part of the agreement between the French distributor and the venture included a reference only to the service.Uplay Its controversial, perhaps with the aim of gaining more and more users for it.