The Swan Song of Japan • HWzone

Yakuza 0, a crazy action game adventure that takes place in the streets of Japan was one of my favorite games last year. So when Yakuza 6, the game that closes the story of the series' hero, Kazuma Kirio, I did not hesitate for a moment to sink back into the adventures of the guy who for years has been trying to get the crime world out of his life, but every time different events drag him back there.

Please note that I did not play the previous games except 0, and I got some general information from YouTube. It did not bother me to enter the atmosphere even when I did not know some characters who appeared in previous games, simply because this time the plot revolves around his walls, and tells a more personal story.

Yakuza 6 continues the formula of all the other games in the series, this is a crime drama involving the Yakuza world, and the Chinese and Korean bakeries invading Japan, when they are free to walk around in some of Japan's imaginary cities created for the series, to fight gangsters and street urchins in the type of Beat 'em up, Relaxing from all the tension and drama to experience side stories that take out the less serious aspects of the game, but completely retain its unique charm.

I already warn that this is not a game for everyone. If you're the kind of gamers who need action at any given moment, that's not what you get here. As befitting a purely Japanese game, the amount of Cutscenes here can suffice for a series of movies Theater, And not only that, it is only translated into Japanese so you will have to read subtitles. As someone who really enjoys the Japanese language, to me it really does not bother you, you may find it a disadvantage. But keep in mind that the game of the actors who engage in the characters and contribute their facial expressions is just so compatible with the atmosphere and culture that I really do not see how it could happen with dubbing to any other language. 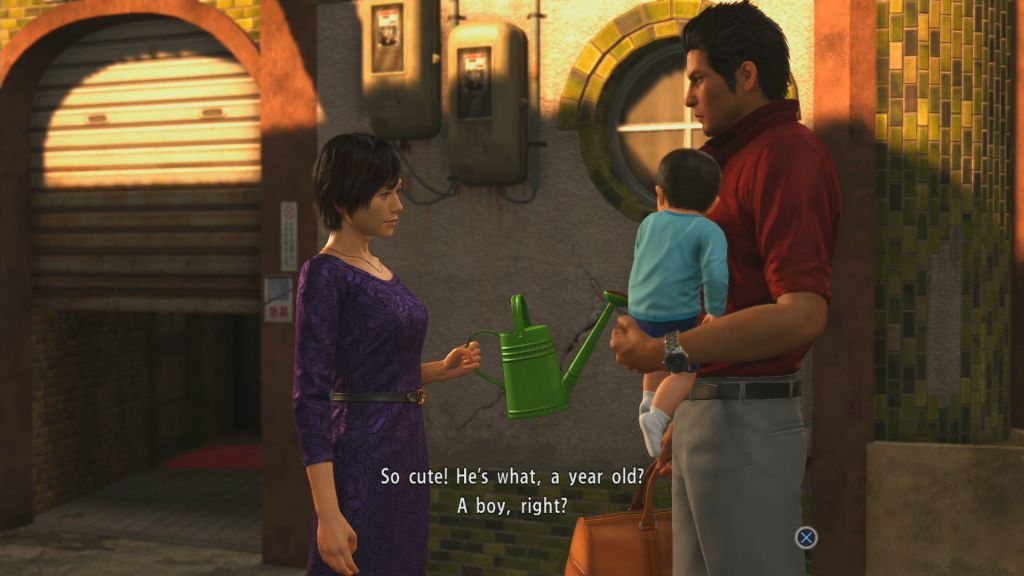 And back to Casuma Kirio, the game opens when he is released from prison, thinking that when he finally leaves he can retire to a quiet life and run the boarding school he established with his adopted home. Only of course there are other plans for reality, and his walls reveal that she has become pregnant and in danger of life, and has to take care of her baby while trying to solve a mystery related to her and the child.

All of this is happening against the background of modern Japan, where Kirio is already approaching the age of 50, feels like a dinosaur. Still, he will do everything to reach the truth, even if it means returning to Kamorocho, an imaginary city in Tokyo, from which he constantly tries to break away because it means dealing with the Yakuza family who left, and also strolling to a new town in a rural area in Hiroshima.

Kirio's journey will bring him together with new and colorful characters, as well as with figures returning from previous games, but in the end everything is always somehow connected to the Yakuza and always ends in the battles of dozens of enemies who try to lower his walls, army Of one person. The control of his walls is done by a number of keys that allow combos to deal with the mob attacking him, and when his energy meter is filled, you can enter heat mode which allows him to do more damage.
Unfortunately, the kombat this time feels a bit too simple, and in the end I found myself using only a few combo numbers, and this is despite the fact that there are quite a lot of fighting abilities to open to its walls. Even the heat mode is problematic because for some reason it is operation Zoom is not on the battlefield, making it difficult to see the surroundings, so I used it mostly in one-on-one boss battles. 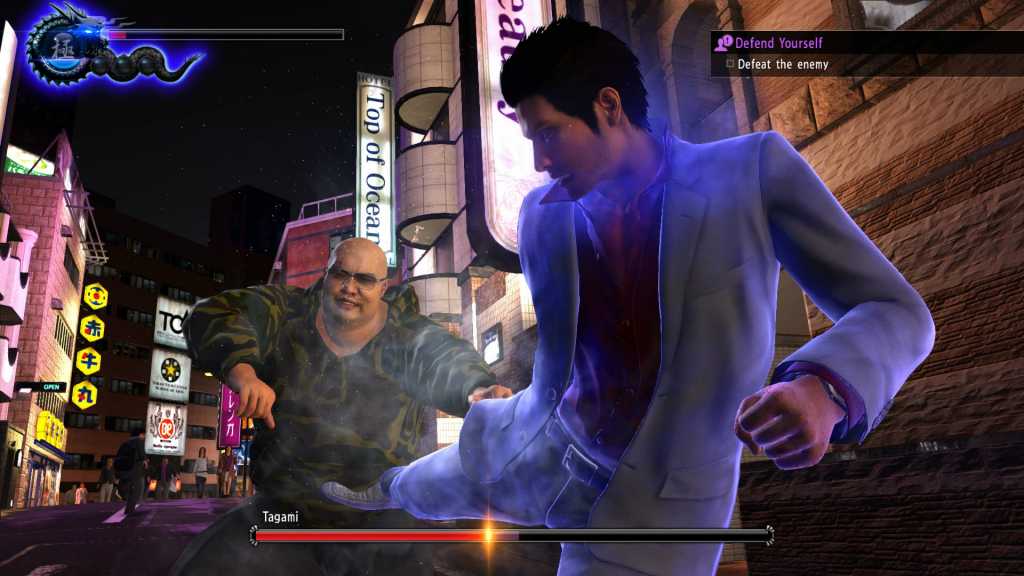 To unlock new abilities and get added to life points and other parameters, you'll need to earn experience points that fall into several categories, by virtually every action you take in the game. Did you go for lunch at a restaurant? Get experience points. Have you had a can of drink on the street machine? You get experience points. "You got signed trial points. You defeated brats who took you down the street? You received a text message about a robbery made and went to arrest the thieves? You got the idea."

And another way to earn points is to end side stories, one of the nice parts of the game that puts its walls in a variety of situations that can be exciting but also incredibly stupid and just as yakuza games can do - put a dramatic gangster story in the same breath with Kyrio masquerading as Scott to make some kids happy Then blown up by brats who came to interrupt the show. 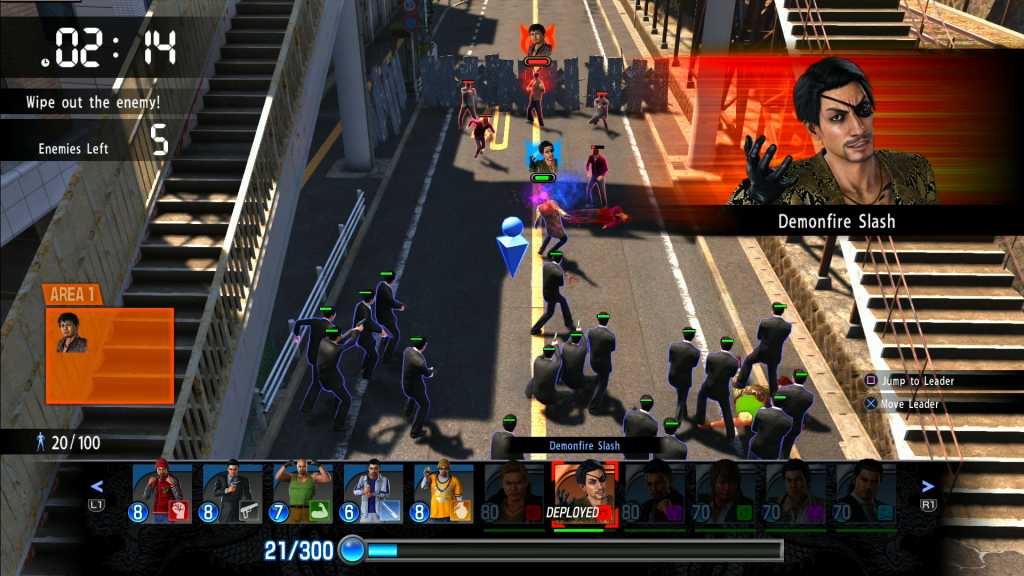 And when you want to take it easy, you will find that traditionally there are entertainment centers with some fun and addictive games, such as target shooting and karaoke, and of course the traditional arcade retreat that contains full versions of old arcade games alongside newer games - like the Virtua Fighter game 5 and the puzzle game Puyo Puyo.
Management games are also a regular part of the Yakuza games, this time running a local baseball team in the city of Hiroshima, and at the same time forming a gang aimed at removing a young criminal group from Tokyo and its property. But both of them, though very likable, felt far less impressive and complex about the Yakuza 0 real estate game and cabaret management, which I only spent at least 30 hours on.

Total Yakuza 6 has a lot of magic and it retains the uniqueness of the series that sets it apart from any game I've ever played. Its plot is completely its strong point, not dull for a moment and contains quite a few twists, and despite its dramatic, manages to get some humor For example, you have to take care of baby Haruto, and take the baby formula task with the same abysmal seriousness that it sets off for the yakuza clan, the writing of the characters, each one you meet great, and the acting of the voice actors so well that for a moment you think you're watching the series. 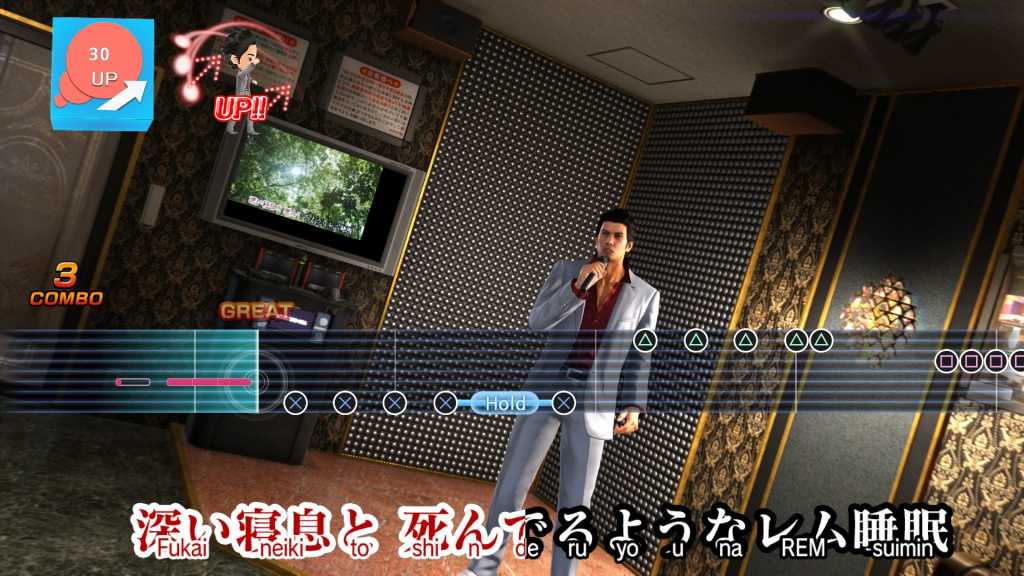 On the other hand, in terms of gameplay it falls in my opinion compared to the Yakuza 0, which also had a better fighting mechanism, and also the choice of mini games and the quality of management games. But despite that downside, I have no problem saying that it's a game worthy of being the swan song of this excellent series, ending Kyrio's plot that lasted no less than 13 years, so the first game in the 2 PlayStation series came out. Bottom line - can't recommend it enough to anyone who enjoys a good plot.


Wait, there's more!
Join To the group of zon And you can receive exclusive updates on various offers on the net, share content that you find interesting, consult with members of the site, and more - Join now!
Tags
Consoles 2018 GAMES
Share
Facebook Twitter LinkedIn WhatsApp Telegram