The batman and Arkham Knight completed the comeback, but are still disappointing

The last game in the Arkham series returned to Stim after three months of absence, but it seems that it is still not really ripe and worthy for the disappointed fans

Last weekend he returned to the store of the platformSteam The game Batman: Arkham Knight, after an absence of no less than three months due to a variety of technical issues with which it was originally launched in June. A good reason to celebrate? Not really - because many of the players still report that the problems they have encountered in the past have not been solved, or have not really been solved.

Even after three months of intensive improvements led (allegedly) by the original developer Rocksteady, and not by the dilapidated studio that originally converted to the PC, many users experience faltering performance even with powerful and up-to-date hardware, unstable performance and momentary but Feels like a very low FPS rate - and bugs and crashes continue to exist as before.

It is worth noting that quite a few users also report a significant improvement in their experience of using the title in all its aspects, similar to the fact that some consumers were able to run the game smoothly even at launch in June - but eventually after three months of work, we hoped to see improvement Great that everyone will feel unquestionably in it, and it didn’t really happen. 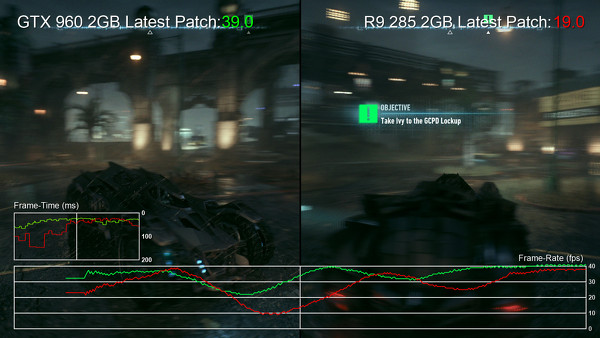 Worst of all, apparently, is the fact that even now - Arkham Knight does not yet have official support for the lineup SLI And multi-card CrossFire. The developers promise that work on this support and other updates in general continues these days, but the fact that an entire quarter did not allow this support to be provided perpetuates the magnitude of the problem in the product received by the playersPC, Which to remind you claimed to be one of the most prominent and advanced titles in 2015.

We hold fingers that most of the problems that still exist will be solved in the not too distant future, but it seems that Arkham Knight's fate has already been decided and he will be remembered in the pages of history as a terrible and not very mature title in thePC His. We can only hope that the next project of the talented developer Rocksteady (which has already announced that it will not continue to develop 'Batman' games) will be much more successful, and not just in its console versions.