The best and disappointed: The launch season continues with Need for Speed ​​and Black Ops 3 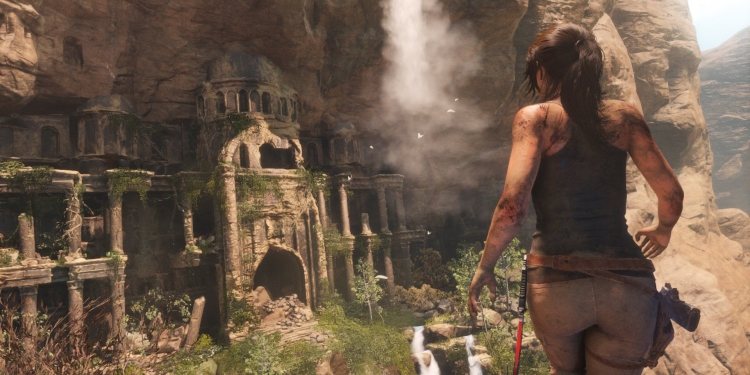 The new title starring Lara Croft and the new installment in the series Call of Duty Make a good impression on the visitors, much more than the new racing title of EA

The (very) warm season of the gaming world continues to be more intense. After we told you about Assassin's Creed Syndicate andHalo Overall, the time has come to check the status of additional AAA titles that have been launched over the last few days. The results certainly surprised us, and may surprise you.

First on the list is the new Call of Duty, Black Ops 3, which Received a rather mixed reception In his PC version due to some technical problems. The PlayStation 4 and Xbox One versions of the new game enjoy a much more stable technical situation, which seems to have earned them a pretty good average score of 83 out of 100 and-85 from 100 Respectively, which are slightly higher than those of Black Ops 2 from 2012 and also higher than those of the well-remembered Advanced Warfare from last year.

Critics praised the small but significant additions to the gameplay, which are mainly reflected in the online game mode which has long since become the brand's main and most significant dish. In addition, the new and upgraded zombie mode has also been praised, as a substantial, weird but great addition to the game. However, not everything is rosy for Activision's baby - beyond the problems in the versionPC (At least in part), the Black Ops 3 was able to annoy a lot of previous console generation players when launched without a single game (!), Supposedly due to technical limitations. The company tried to justify the move with a slight reduction in price, but the players is not really convinced and now these versions 'enjoy' a host of offensive comments and negative reviews especially in every corner of the network, although it is not yet, and sure to be, real professional reviews of this strange proposal.

Now, let's move on to the title that feels like a very strong contender for the title of 'Biggest Disappointing and Disappointed' for 2015 - Need for Speed. The racing game managed to leave a very positive impression on us with all the videos and details that came before the official launch, but in practice most critics were not really enthusiastic about the new-old direction the brand chose after a two year rest, with claims about predictable and boring gameplay. Constant sunset and also claims that contemporary consoles are not really able to handle it reasonably, especially in the case of theXbox One.

Still, the feeling is that what buried this title more than anything else (for a large number of visitors and actors alike) is the infamous demand for a permanent Internet connection throughout the game. The participants said that this online situation is causing technical problems (as in any other case where it is used more or less), and on the other hand does not really offer a unique or interesting game experience because of this.

There were those who liked the newer title and deserved it back to the golden age of the series in the previous decade, but the majority did not attach too much importance to this nostalgia - and it puts the Need for Speed ​​average score at 70 from 100 In the PS4 and64 from 100 Only versionXbox One, Which are side by side Need for Speed Undercover andNeed for Speed ProStreet as some of the lowest received by this glorious racing series ever.

It is possible that thePC Of the title, which has been rejected in an almost unprecedented way for almost half a year in order to provide an optimally polished and tailored product, you can get a better refinement from gamers and critics - but we have a hard time seeing that happen unless EA suddenly decides to cancel the online connection requirement constant. We’ll keep our fingers crossed that PCs are no doubt thirsty for a few more quality racing titles.

Last but not least - Rise of the Tomb Raider. The highly successful boot sequel game of the long-running Tomb Raider series is an exclusive game for Microsoft's Xbox consoles, temporarily (until sometime during the next year), and from the reviews that stand at an average of 87 from 100 Shows that PC owners andPS4 There is reason to be jealous.

To the Xbox 360 version There are no official reviews of the title yet, but players who have experienced it report a worthy experience, which will likely be one of the last AAA experiences ever enjoyed by this aging console. For your attention, Activision - it seems that when there is a desire, the technical limitations can also be overcome.

The big summer season may be at its peak, but it's still not really nearing completion - over the next month we're likely to get another pile of The most ambitious games, Which includes Fallout 4 (Which has already begun to get initial reviews, with averages around 90 from 100), the third installment of StarCraft 2, the Star Wars Battlefront, the Rainbow Six: Siege and Just Cause 3, so there's no doubt that there's more to wait for, and of course we'll keep you updated with all the juicy details.