The game that is nearing completion • HWzone

Divinity's Critique 2: Original Sin will explain to you why this is a role title you just have to try

One of the best games of the year 2017, went under the radar of quite a few people in the country, but if you are a role-playing fan, it would be a crime not to at least check out Divinity - Original Sin 2, one of the best and near-perfect role games I've played in recent years.

But before I start praising him, let's start from the beginning. Original Sin 2 is the sequel to the successful Original Sin game from 2014, but don't worry. Even if you haven't played in the original, Original Sin 2 does exist in the same world, but takes place years later and you won't feel for a moment like you missed something. The plot begins when we learn that wizards of various species and origins are arrested and sent on a ship to discover. You play one of those wizards arrested for wrongdoing, just because the power used to magic - called Source - is somehow related to monstrous creatures called the Voidwoken, so just to be sure, a roster has been set up that will end everyone who uses the same power, no matter if it is Bad or good. 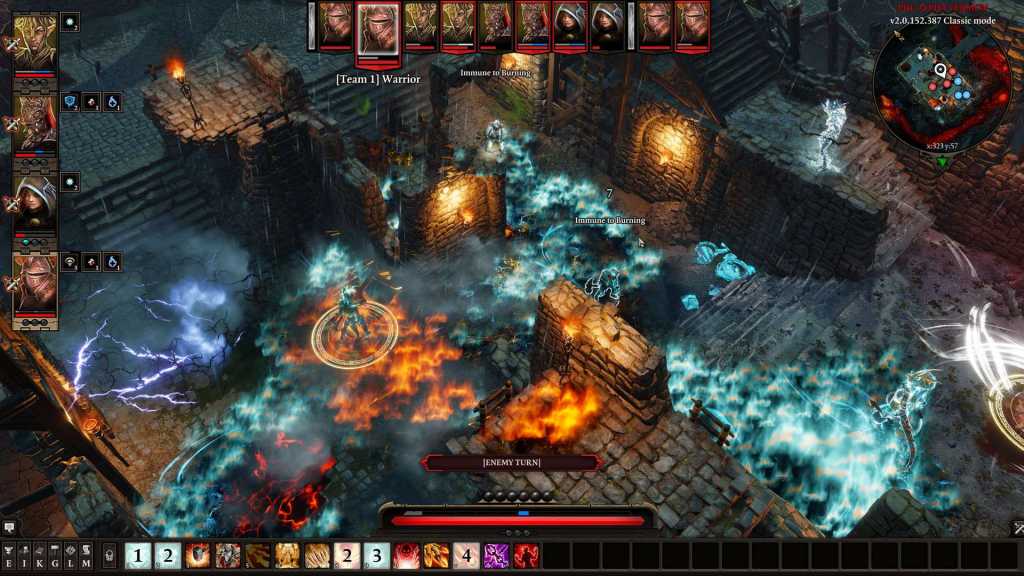 But of course you are not the kind who sat quietly with a collar on it, and to save yourself and realize your fate associated with that mysterious force, you would have to go on a journey. Would you choose to do it alone, or find yourself partners? The beauty of Divinity is that everything is open, and everything is of your choice.

The selection begins at the beginning of the game when you need to create your character. You can create a whole new character, but I prefer to take one of several pre-made characters who have a story and history behind them, so certain events or dialogues can only exist when you choose it. Once you have selected a character you can change the appearance and determine where to associate its skill points. What's cool here is flexibility. Each character can learn any kind of attack as long as she has enough points in the correct skill. Thus you will be able to create a figure that is both a rainbow and a magician, or a character that invites both creatures and warrior. 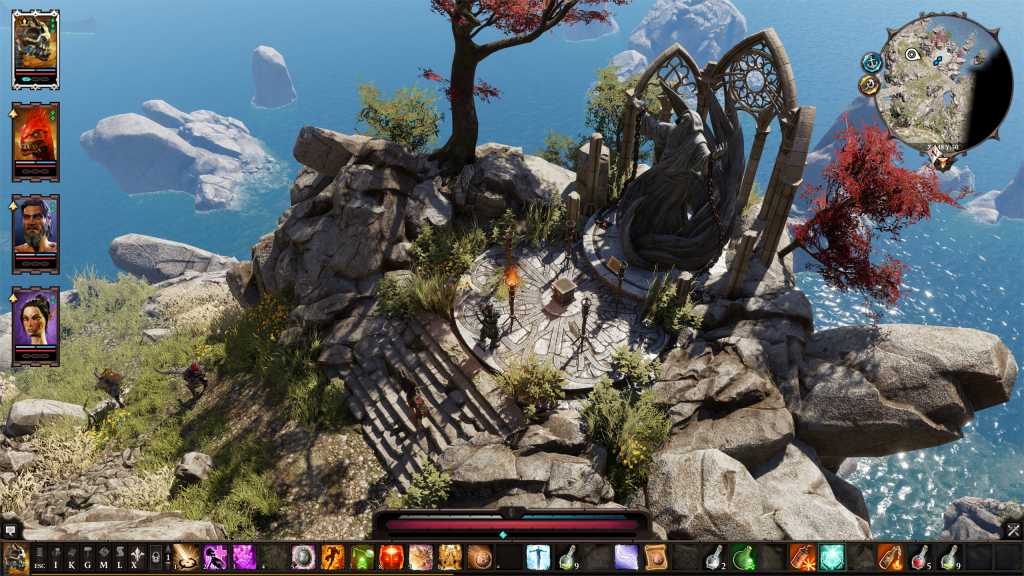 From there you have to choose, do you want partners in the journey? You can convince friends to purchase the game and go all out with them. But if you want to play Single Flair, you can of course add characters from the game to you, only if you have to locate them yourself, the game will not tell you who they are. But - each has its own story and agenda, and sometimes their problems conflict with your journey, and you will occasionally have to maintain the relationship with them.

On the other hand, the more people you have, the easier the battles become, and each character potentially opens a new path to accomplish different tasks. Suppose the guard is in case one of the ex-members of one of the characters in your gang? Maybe he'll let you go just like that, without breaking your head how to get in there. Or maybe one of the characters has a capacity called Pet Pal? You can make her talk to Animals And find a bypass route to the same place. Have you chosen to attach to you a figure of a dead skeleton? He has the ability to open locks with his fingers, and you can just swoop in.

In addition, because the world is very racist and built on classes, not every character will want to talk to your main character, perhaps because it is not the right race, or perhaps because of its history, and therefore helps to have other characters that can send to talk for you. 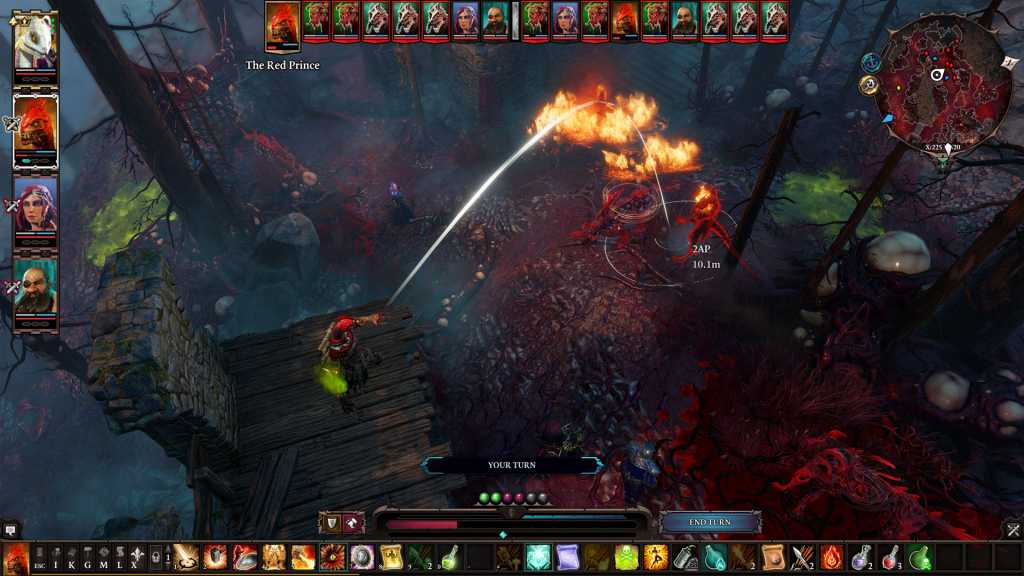 With your friends on the journey, explore the amazing world of Divinity. The world feels my life, with characters who run their lives, and it is always interesting to talk to them and to find other side missions. Fortunately, the entire game is dubbed, so it is very easy and adds to the interest of the world, especially as writing is really excellent, and amusing at times, and tells the story in a fascinating way. The only problem is, and, frankly, it's totally personal, is that it's a very open game that really does not tell you what to do.

It means you have to literally go and explore every corner of the world and talk to characters. It also means that there are - really - at least some five different ways to accomplish each task, so your game will look completely different from another player. It also gives you the discretion of whether to play as a bad character who cares about her interests or a good character who helps people along the way, with different implications from the game world for your actions. Suppose you got a hero status after helping people? Criminals will stop talking to you, etc. You can also murder characters, because just like that, you only have to deal with the consequences, whether the people of the city will chase you or you can no longer finish a particular quest. All of these decisions eventually lead to completely different endings, so it leaves you with a taste even more when you finish the game.

The only problem with all this freedom is that the game log is not good enough to help you monitor the status of your side tasks, nor does it always help you find the point to reach. It can irritate you when you have twenty different side missions you've picked up. On the other hand, the world of the game is really fascinating, which did not bore me at all to explore it for hours and get myself into trouble when necessary. 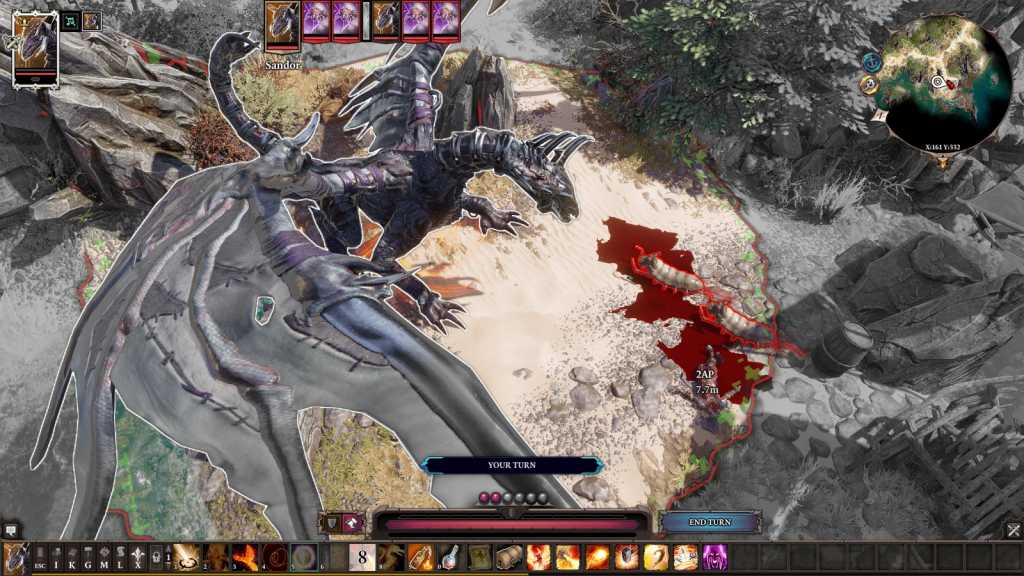 And here will be a good moment to talk about the battle system, because of course a fair part of the game will spend fighting against someone or something. The battle system is a system of turns, which means that each character can perform operations only in its queue. Each has AP points, action points, which you will have to pay for each action. Did you choose to move it? Pay points. Have you chosen to launch a particular attack? You'll have to pay points and so on. When the points are over, you will not be able to perform more actions for the same queue. In addition, the weather and the terrain in which the battle is conducted greatly influence your abilities and possibilities, and it is very important to learn to use them for your benefit. Suppose a group of enemies stands on a puddle of water or blood? If you electrocuted her, each of them will be damaged. If you burn water, you will get smoke that will hide you from enemies.

This is an entire Torah that needs to be experienced and studied, but makes the game more complicated and much more fun. Your enemies are by no means stupid, and know how to exploit the same principles against you. The difficulty level of the game is not easy, even on Normal, which will require you to really think about what you are doing. 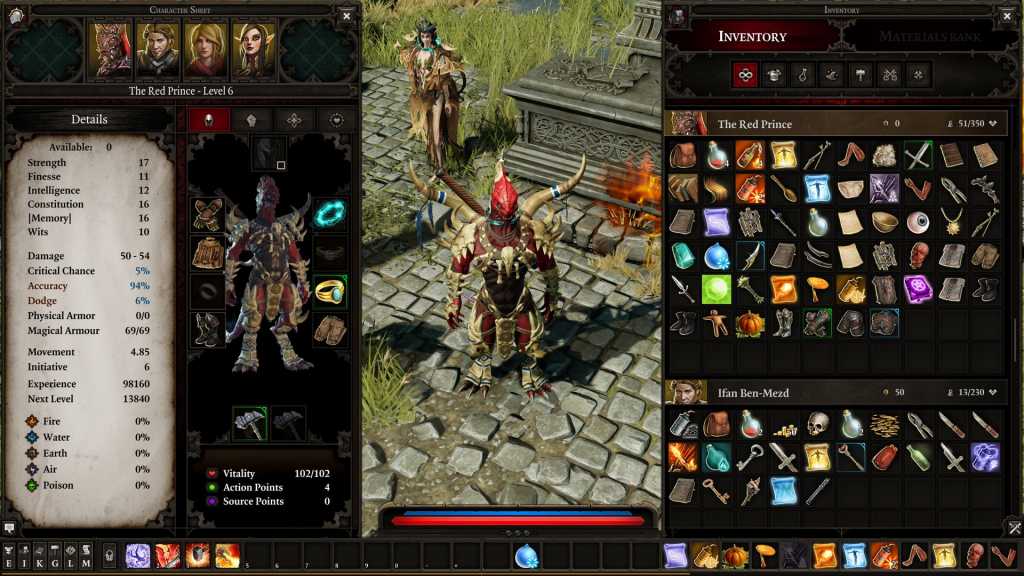 All these parameters together create a really crazy experience. Combined with a rich fantasy world that gives you all the power to dictate your adventure, colorful graphics that enliven the world, a battle system that forces you to turn your head, I could say quietly that this is definitely one of the best classical role playing games of all time. The game suffers here and there from bugs, the product of a complex game in which everything can affect a million other things, but it is tolerable, and if it is not really a must for all lovers of the genre that will bring you back to him again and again to try new ways of playing and watch the many endings The different that your decisions can bring about the world. Definitely recommended.


Wait, there's more!
Join To the group of zon And you can receive exclusive updates on various offers on the net, share content that you find interesting, consult with members of the site, and more - Join now!
Tags
Steam 2017 GAMES 2018 GAMES
Share
Facebook Twitter LinkedIn WhatsApp Telegram