The great news we have been waiting for: Xbox Series X with an official price 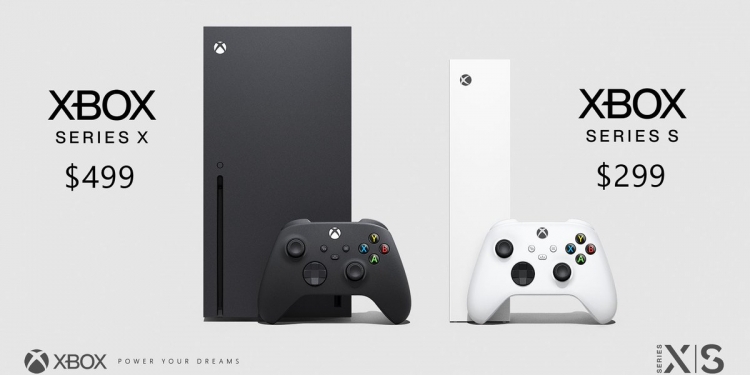 The leading console in the new generation of Microsoft Office Receives a price the day after the unveiling of the little sister - $ 500 in the US and € 500 in Europe, with pre-orders starting this month

Microsoft's official Xbox account on Twitter has been hot non-stop for the past day, revealing to us everything we hoped to discover in a concentrated way - a few hours After we received confirmation of the existence of the Xbox Series S console at a suggested starting price of only $ 300 We also get the long-awaited confirmation that the Xbox Series X (almost 3 times as powerful, on paper) will cost consumers $ 500 excluding taxes in the United States and $ 500 including taxes in Europe. The official availability in stores in dozens of markets around the world is toSeries S side starting November 10th While devout fans will have the opportunity to pre-order the pair of platforms in less than two weeks, starting September 22nd.

Immediately after the prices were revealed, we received messages about a pair of titles that will accompany the event with availability already at the launch - Assassin's Creed Valhalla that will be launched a week before the scheduled date (November 10 instead of November 17) and Gears Tactics will somehow try to screen Master Ch. Well, after we got a postponement of Halo: Infinite to 2021. These titles will join Tetris Effect: Connected, Yakuza: Like a Dragon and Destiny 2: Beyond Light which have already been approved as Day One games in Microsoft's Kingdom, alongside other games that will probably be approved during In the coming weeks - and thousands of games from the three generationsXbox Previous to them Microsoft Office Takes in all seriousness as part of the official launch system of the new generation.

Microsoft's pricing looks quite competitive considering that the PlayStation 5 in one hardware configuration (with or without an optical drive but no transition changes) may cost $ 500 at best and $ 600 at slightly less good, but the American company is not content with that and pushes hard Forward the planXbox Their unique All Access, in which they can declare that users will be able to access the new systems at a starting price of only $ 25 or only $ 35 (for the Series S and Series X respectively) each month. Thanks to a new business partnership, consumers in 12 different countries will be able to choose to sign up for a 24-month subscription as part of which they will have access to theXbox Game Pass Ultimate with hundreds of games with unlimited access on both the console, PC and streaming from the cloud with xCloud, as well as their new console without the need for a large prepayment.

Israel is not included in the list of countries that will benefit from theXbox All Access at the launch unfortunately, but the success of the venture in the current limited number of countries will undoubtedly spur its continued international expansion, perhaps even to our local market which currently enjoys official representation of Microsoft Office In the field of gaming (after many years of almost complete disregard).

The interesting arsenal of Microsoft and the brandXbox Ready and willing for the big battle - and now it can certainly be stated that all the eyes of fans of the field are married to Sony, Which will need to reveal to us its surprises and plans for November 2020 very soon in order not to allow its rival to steal all the spotlight for itself. Who is the leading candidate for victory in the new generation of consoles that Otto is starting? Let's talk about it with everyone.

The offer of the appointment of the Game Pass Ultimate continues to develop even now, with confirmation that it will include it from now on Also the renewed EA Play appointment from EA Games - Both for current and new generation consoles and for personal computers, according to the choice and personal preference of each consumer