With the start of July, we are officially entering the second half of 2021 - and what remains exactly the same compared to previous months is the supply of free titles that subscribers to PlayStation Plus andXbox Live Gold (or Game Pass Ultimate) at Sony And Microsoft respectively, without restrictions as long as their appointment remains active. Are you paying for these services every month or are you considering joining the community? It is time to be impressed by the offer that will be available to you in a very short time.

Microsoft's Games with Gold venture for Xbox console owners Includes four free titles this month, with the familiar combination of more modern works and classics from the repertoire of theXbox The first at the beginning of the millennium. From yesterday (July 1) to July 15, you can pick up in your digital library the platform game with the impressive design Planet Alpha and the humorous and satirical platform title Conker: Live & Reloaded which was launched in 2005 as a kind of remake for Conker: Bad Fur Day The legendary who came to the consoleNintendo 64.

At Sony, The offer for subscribers includes three different games starting Tuesday, July 6, one of which is exclusive to my husband Consoles PlayStation 5 is lucky while the other two are for my husband Consoles Playstation 4 of their kind, but can also be operated on new generation machines thanks to their backward support technologies. 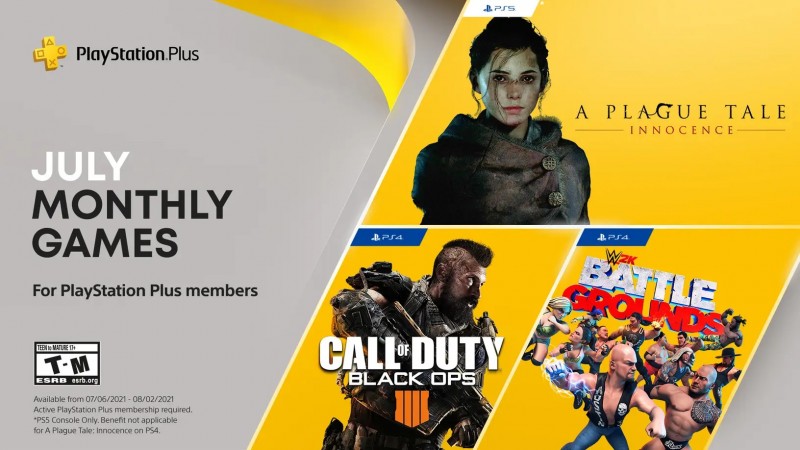 The highlight is the unique survival and horror game A Plague Tale: Innocence, which received a surprisingly positive welcome when it was launched in 2019 and will even be named A Plague Tale: Requiem for the rest of the season next year. Alongside it, the action game Call of Duty: Black Ops 4 (which includes online and multiplayer game modes, with no single player plot mode) and the humorous fighting game WWE 2K Battlegrounds will be offered.

As a bonus, the Virtua Fighter 5 Ultimate Showdown, which has been offered for free to subscribers since the beginning of last month, will continue to be available to all owners.PS4 And the PS5 also during the current month, for the benefit of all those who forgot to add it to their library in the past or who chose to join the familyPlaystation Plus only in the current month.

We will keep our fingers crossed that the free offer in August 2021 will be at least of the same quality, or even better and more surprising, and until then - pleasant and fun gaming for everyone!