Digital Treasure: The most expensive and rare games in the world • HWzone

The game starring Nathan Drake at the cost of 9,000 dollars, Dead Space that costs $ 750 dollars and a Tetris game sold for $ 1 million: Find out what collectors are the most surprising in each generation of Consoles A game from the eighties to the present

They are not necessarily the best games of all time, probably even though most of you have not heard, but if you have one of them at home - you sit in a coffin of flowers. This time we are going to talk about the most expensive and rare games of most popular consoles that only lucky or particularly crazy collectors get to hold.

For the PlayStation 3 we have Uncharted 2: Fortune Hunter Edition, the collectors version of the adventure game starring Nathan Drake is now sold for a price that can reach 11,000 dollars per new box and 9,000 dollars for a used version. In 2009 Corporation Sony Created only two hundred copies of this special edition and divided them into a lottery on their site. The box that was designed as an antique book contains a copy of the game, Soundtrack, an Artbook book, a game guide and a dagger replica of the game.

The rarest Xbox 360 game is a little cheaper - the Dead Space collector version, a horror shoot game sold for more than a thousand dollars for a brand new version, and a used version of 750. Only a thousand copies are available for this collector's edition, which justifies its name "Ultra Limited Edition" and inside the box you will find besides the game also a 160 pages graphic novel, Art Book and a few other features.

Want to guess what the most expensive Wii game is? Three guesses: Zelda's game? Mario? Maybe Metroid? so no. It's My Horse and Me: Riding for Gold. Yes yes - horse riding simulator. So why is this masterpiece so expensive? It turns out that Atari, the game's distributor has stopped marketing it after its license with the International Riding Federation is over. The truth now it sounds even more amusing. Still, the game is considered rare and therefore priced accordingly, but still not so bad, it can be found at a pretty modest price - just two hundred dollars and you can ride a virtual horse.

In 2006, a survival horror game called Rule Of Rose was released on PlayStation 2 and marketed in Japan. At some point the game was brought to the West where he received a translation, but then encountered censorship problems due to inappropriate and controversial content, so that in Europe and the US, Rule Of Rose didn't get much publicity and so of course nobody really heard about it. And if you want to experience it yourself, you'll have to separate at least two hundred dollars, but if you're short on money you can only buy the disc for a century. 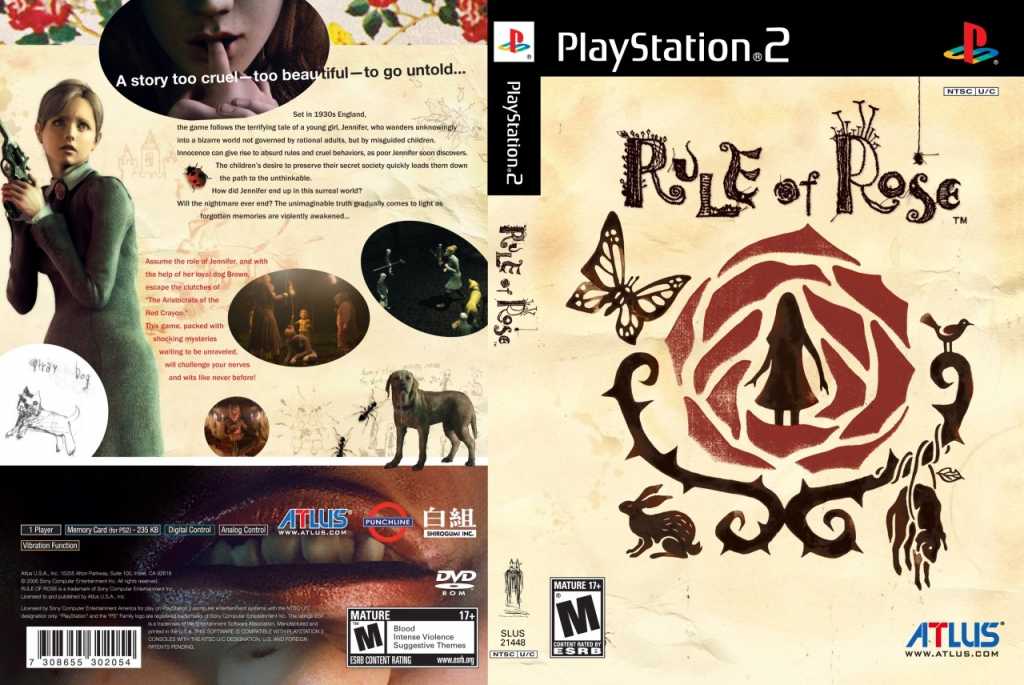 Another very rare game is Saint & Sinner, a game that is only available in Italy and if you already have a chance to find a copy, you will probably have to split up less than $ 200 into a used copy.

Until a decade ago, building and management games were a fairly popular genre, so it's not really surprising that Jurassic Park also took a ride on it. In 2003, the original Xbox came out with a game called Jurassic Park: Operation Genesis, where you could build and manage Jurassic Park. Now you can find the $ 300 game for a new copy. This is not really an exciting story that explains the expensive price, it is simply a game that was originally created in a limited number of copies, which leads to an increase in the prices of the existing copies.

In the two-game single-game deal that Nintendo released on a one-off market during the holiday season, 2005 is the most expensive game for gaming - Metroid Prime & Zelda Wind Waker Combo. Those kids who got a copy of it for Christmas don't know how lucky they are. This is a limited edition that can now be used for a used copy worth $ 300, and new above $ 1800.

In 1993 in the gateways E3, Alfa System, the developer of Elemental Gearbolt, a LightGen shooting game that went out to the original PlayStation, shared a collection suitcase for the happy couple they remembered in the competition. There are only forty copies of this suitcase, that if you can find one for sale, the 1700 is sold in the area. In the suitcase you can find, except for the game itself, of course, a light gun and a card memory In gold color.

Another game for PlayStation, the value of a new copy is unknown LSD Dream Emulator, a fantasy game without purpose, whose developers probably created it after they drank a broken shake. No one had heard of the game until some YouTubes dug it out of the depths of the Internet and made it fly to Fly. Although it can be purchased secondhand at 400 dollars only, but no one has ever seen a new copy of it. 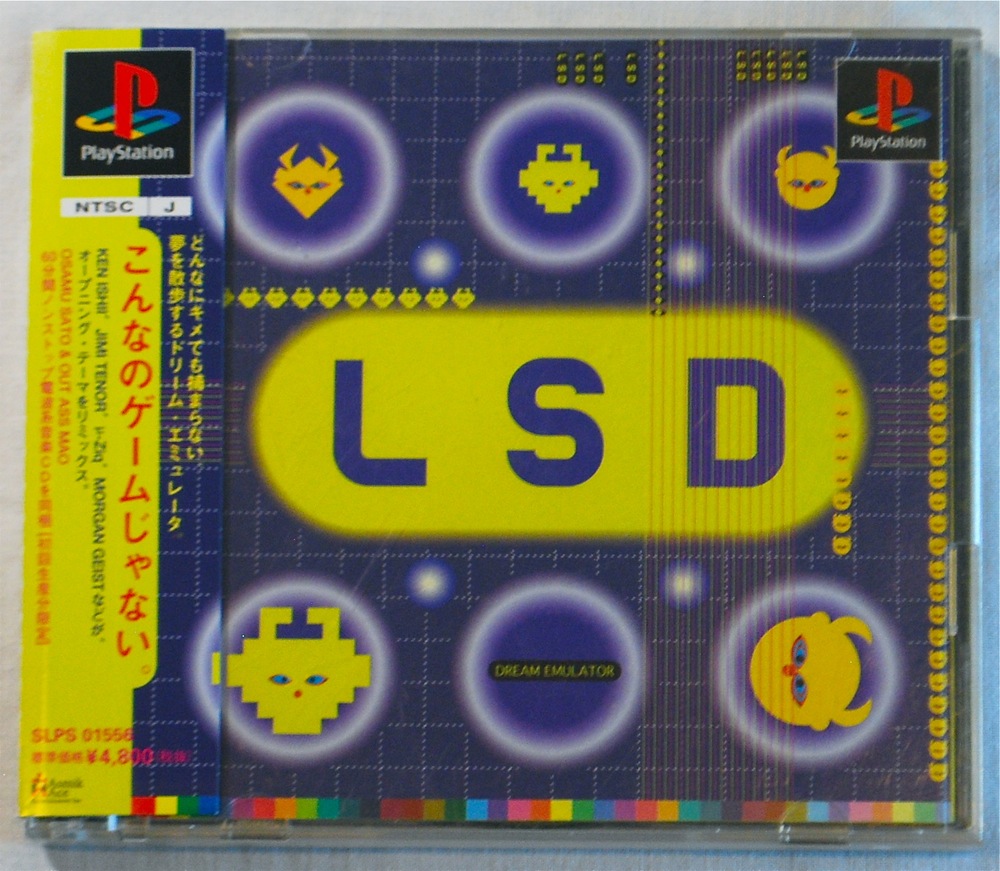 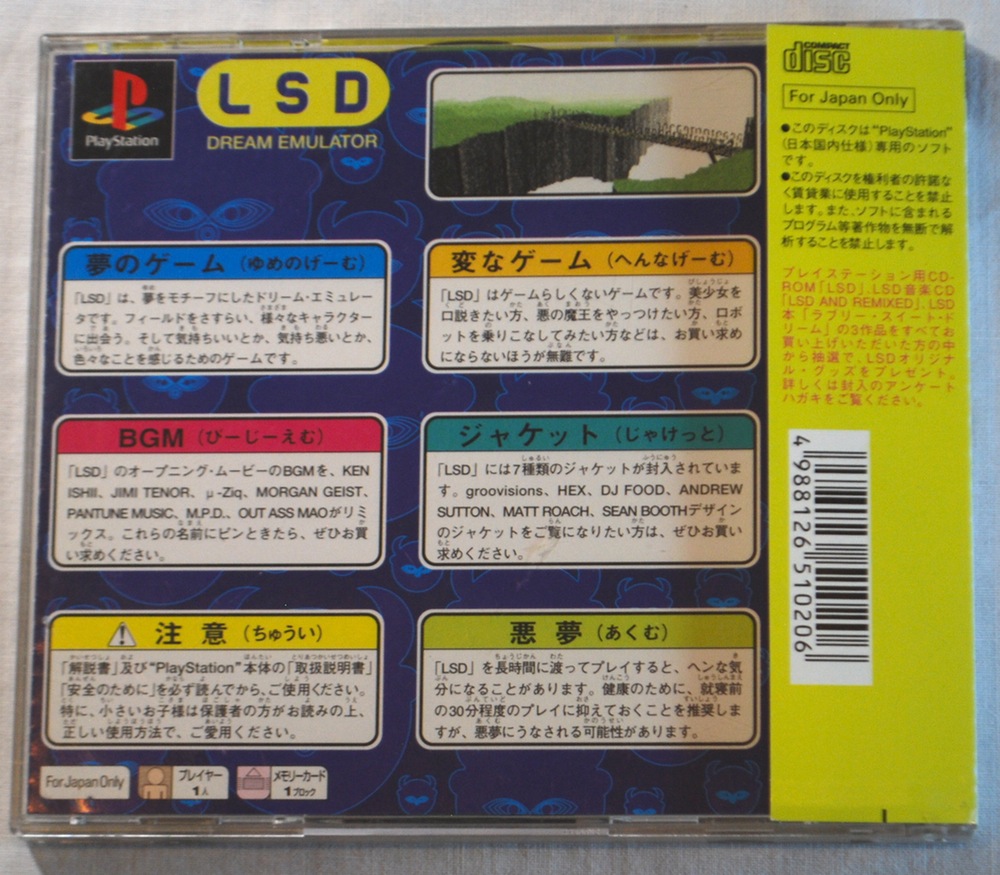 Back to Nintendo, Bomberman 64: The Second Attack is the rare and most expensive Nintendo 64 competitor of the first PlayStation. This is a continuation game for Bomberman, and he was already out towards the end of the console's life cycle and therefore was not able to sell copies, although it was not so common. A copy of it can be found without a box in 150 dollars and a copy with a box starts at a thousand dollars.

The most rare game for Mega-Drive Sega is Tetris. This is a game that never came to the market because by that time Nintendo had already acquired exclusive rights to the Tetris game. Only ten of his copies have appeared in various sales and his valuation is estimated at tens of thousands of dollars. There is even one copy signed by the original game developer - Alexei Pzhitenov, S.Sold for no less than a million dollars!

Another game of Bandal Nintendo Wii, The Exertainment Mountain Bike Rally along with Speed ​​Racer, is a combination of two racing games on a single stack, and while each game is worth no more than average game, this combination is rare since almost none was distributed to any store and was not actually offered for sale at all. The price for a game cartridge only can reach 1400 dollars so that the value of a full game with the box can reach 2 or more.

In 1990, Nintendo was the undisputed queen of Consoles The games and dominated the industry by hand with the NES console. That year, she organized a tournament in which kids from all over the United States competed in a game that was actually a special version created for the tournament, and was a combination of Super Mario, Tetris and Rad Racer. Gray, in a separate competition for magazine readers Nintendo Wii Power, another twenty-six winners received a similar but gold-colored cartridge. Its value is estimated at 15 a thousand dollars per piece.

And another very rare game for NES was Stadium Events, which was released to the market in 1987, but Nintendo Wii The US decided to recall all its copies to re-brand it under a different name along with a game rug accessory. The few who got to buy the game in its original version can laugh all the way to the bank, because a copy of the game can reach $ 35,000. 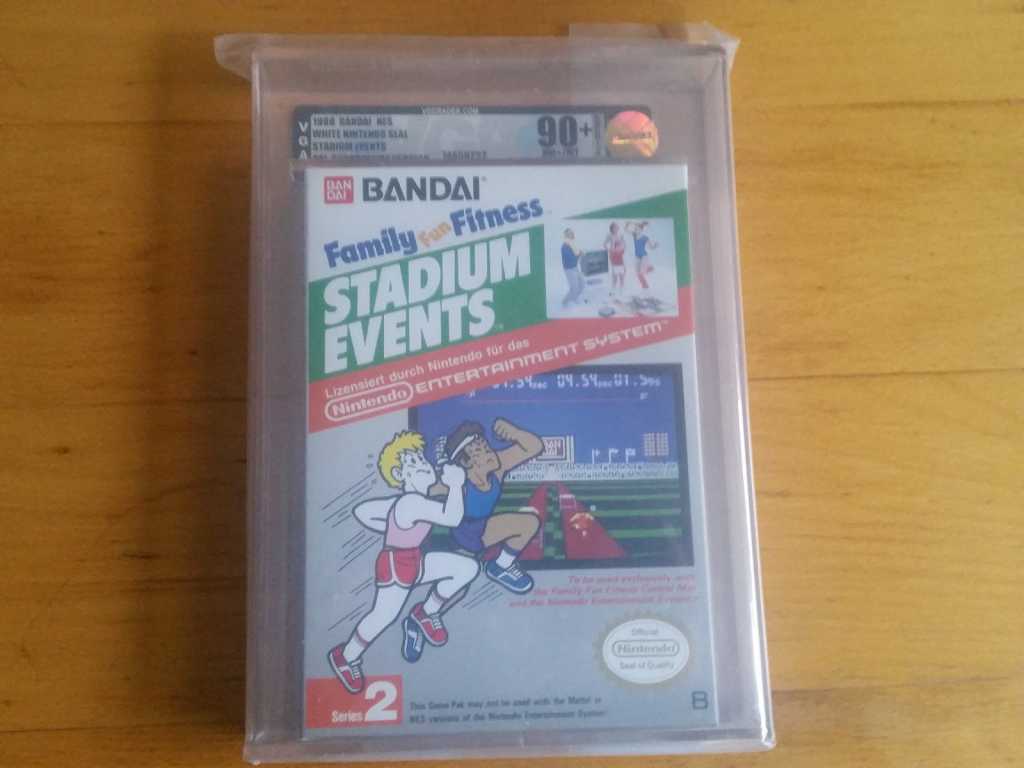 In 1982, an anonymous company called Men-A-Vision, created an arcade game where you had to protect the city from enemies who invade Alia from the air. For an unknown reason there are only twelve official copies of the game, and this company also never developed additional games. But a few years ago, several copies of it appeared on eBay, with one selling over $ 1,000 in 30. Perhaps the reason is the unusual shape of the game stack, or the mystery behind the company, but someone has made a great money here from an anonymous game that no one has ever heard of.


Wait, there's more!
Join To the group of zon And you can receive exclusive updates on various offers on the net, share content that you find interesting, consult with members of the site, and more - Join now!
Tags
eBay Playstation 4 Xbox One YouTube אינטרנט Consoles
Share
Facebook Twitter LinkedIn WhatsApp Telegram