A great year for gaming: the leading games presented at E3 2016 • HWzone

The God that changes space and changes luck, the spider's great hope, the launch of the famous horror series: Come and discover the best that the largest gaming show

2016 Business and Media Committee, or in its abbreviated name E3, Closed some time ago - and now all we have left is to check the loot. In the show, quite a few new and surprising games were announced, and to mark the occasion I decided to review for you the games that seemed the most interesting to me.

During a Bethesda show, ID Software's Tim Willits surprised everyone when he announced that ID was bringing back one of the most popular shooting game brands of the 1990s - Quake. Just this time, the game is taking more direction in the e-sports arena. It will have different characters to choose from, each with unique abilities, and according to its description it will be a competitive shooting game that more than anything reminded me of Overwatch, only of course much more Dark And brutal in the spirit of ID. The game is expected to go to the computer at least initially, and currently has no date of departure.

Company CD Prject Red Known as a company that respects its fans very much. And after receiving thousands of requests from the Witcher 3 players for developing a separate game for Gwent, the addictive mini-game that you can play with different people in the Witcher world, they did just that.

The new game will have the same gameplay and rules, but with redesigned, competitive multiplayer mode, and a single single flair campaign. It is not yet known when the game was officially released, but its beta is expected to begin in September,Xbox One And Playstation 4. 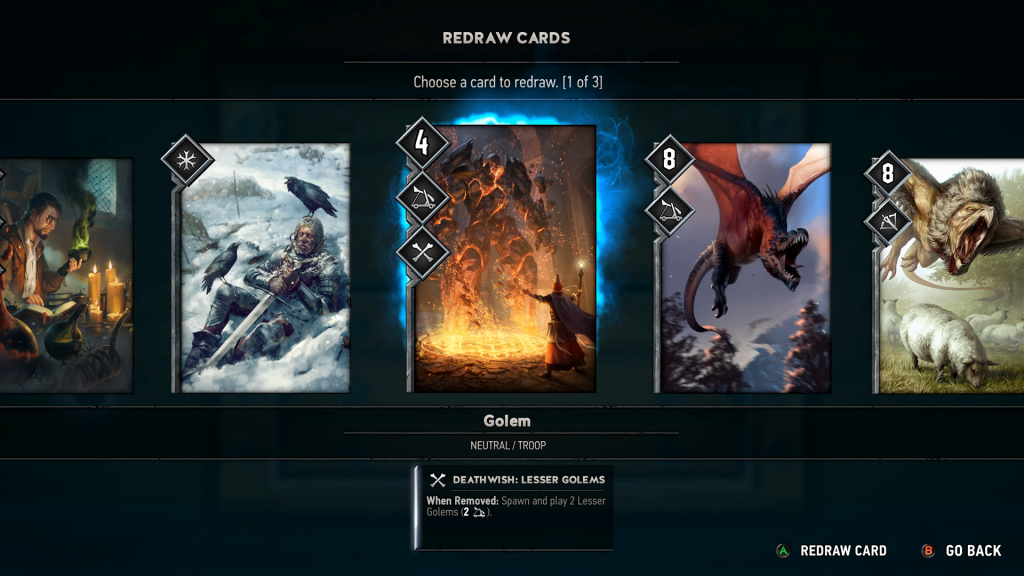 Days Gone is an action-adventure game in an open world that was announced to PlayStation 4 and takes place in a natural wilderness in a post-apocalyptic world where most of humanity has been hit by a global epidemic. We play a tramp and a mercenary named Deacon John, who tries to survive the life after the apocalypse, while looking for a reason to continue living. In recent years, there have been too many games with similar backgrounds, so I hope that the game will not be just another zombie shooting game. On the other hand, the trailer was exciting and I do not remember another game in which the zombies came in swarms of hundreds of details. In any event, his date of departure is still unknown.

In recent years it seems that the Resident Evil series did not really go in a good direction, but from the trailer and the gameplay shown in the exhibition, it seems that Resident Evil 7: Biohazard will be the one to bring the series back to its spirit.
The plot of the game takes place after the sixth game and introduces us to a new hero with no fighting skills, and although it can be fought with various weapons, the developers have already hinted that you will need to wisely manage your ammo. In addition, there will be additional elements from Resident Evil games such as puzzle solving, resource management and herbal medicine. And another important thing - the entire game was adapted to Sony's virtual reality glasses, so if you purchase the glasses you can experience a horror game as a much crazier experience (just don't forget to put MDA's phone at Speed ​​Dale in case you have a heart attack). The game is due out in January. 2017 for PlayStation 4, Xbox One And the PC.

Quite a few years have passed since the game for Spider-Man, and now it is returning as an exclusive game for PlayStation 4 and is under development by Insomniac, yes the same company that opened Spyro Dragon, Ratchet & Clank and Sunset Overdrive. The trailer can be said with caution that it draws all the good stuff from previous Spider-Man games, and overall looks pretty cool. Insomniac didn't reveal too much detail, but said it was a mature and experienced Spider-Man who was already on duty quite a bit, trying to balance his life between his work To his dual identity. As for the gameplay, they say the game will include new elements like Parkour and a new battle system. It is not known when the game was released.

True, this is not a new game, but it is a joyful news for the children of the nineties who grew up on the original three games of the Crash Bandicoot series for the first PlayStation, and for the younger audience to discover one of the best 3D platform games ever in a new version of PlayStation 4. Unfortunately, the show has not really featured a gameplay, but the game is expected to be released sometime next year, so we'll probably see it pretty soon. 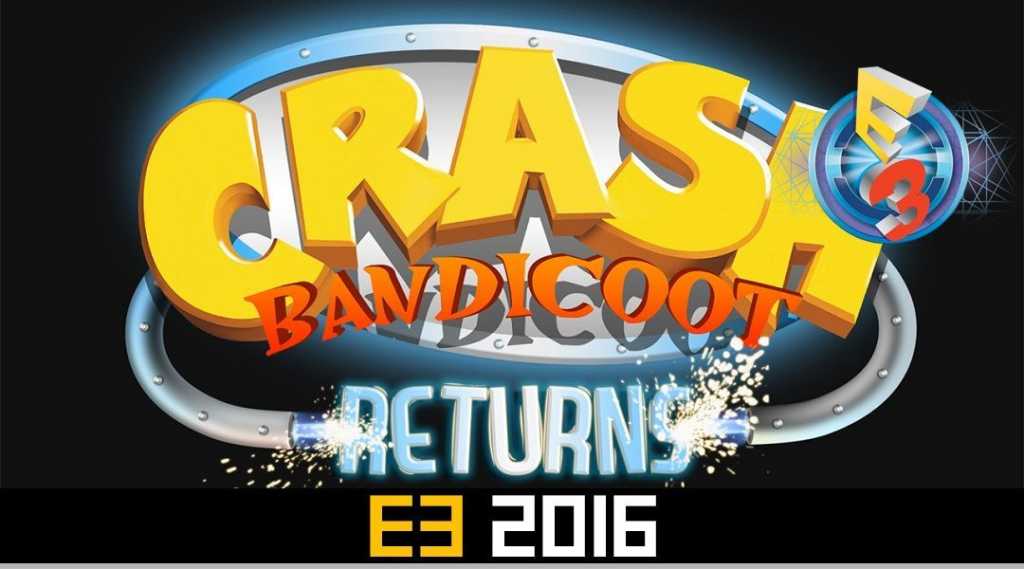 Hideo Kojima's first independent game since retiring from Connami, Death Stranding starring Norman Reedus, is an eccentric game just like his creator. The trailer is no less than the hallucinatory, and shows Norman naked with a baby, Animals Dead and black matter that looked like oil. This means that the game will probably deal with issues related to the environment, a topic that is very important to Kojima, which by the way said that if people try to paste into a genre game then it is probably an action game. Death Stranding is expected to go out to the computer and PlayStation 4 and its date of departure is unknown.

After an unsuccessful attempt to create a sequel to Prey, a first-person shooting game from 2006, the project moved into the Arkane studio, known for its Dishonored games,BioShock 2, who decided to start over and create a robot inspired by the original game.

In Prey from 2006, you played Tommy Tawodi who along with his girlfriend and grandfather are kidnapped into a spaceship, and you had to escape while fighting the aliens and trying to keep the ship from absorbing living creatures and materials from Earth. As for the new game - not much is known about the plot, but certain elements of the first game are likely to appear here as well. Prey is due next year for the PC, PlayStation 4 andXbox One.

Another exclusive game for PlayStation 4, Creates returns in a new game, only this time he is older and father to a young child who is going to accompany him at least part of the game. It seems that Krajtos has moved to an environment based on Nordic mythology and is in the process of restoring his humanity while teaching his son to fight the monsters that swarm beyond their home. There is no doubt that the tone of the game is different from previous games, which means that it still seems to have epic battles with giant monsters, but Krajtos feels different and it is great to discover new sides in this series. It is not yet known when the game is due.

The Legend of Zelda: Breath of the Wild

Well, actually, it 's a little cheating, though Nintendo Wii They announced that they were working on Zelda already on 2013, but since they had no representation on this list, and for the first time we discovered the name of the game and saw a real gameplay, I decided to add it anyway. So the Legend of Zelda: Breath of the Wild is the same game that has been rejected and postponed but now we know that 2017 went out to the Wii U consoles and probably to the new console Nintendo is working on. The new game deviates from the usual formula and takes place in an open world, placing less emphasis on Dungeons. As a link you can explore the huge world, find yourself a tool Weapon Different and food, and find you different adventures, when the game really does not intend to hold your hand and guide you. 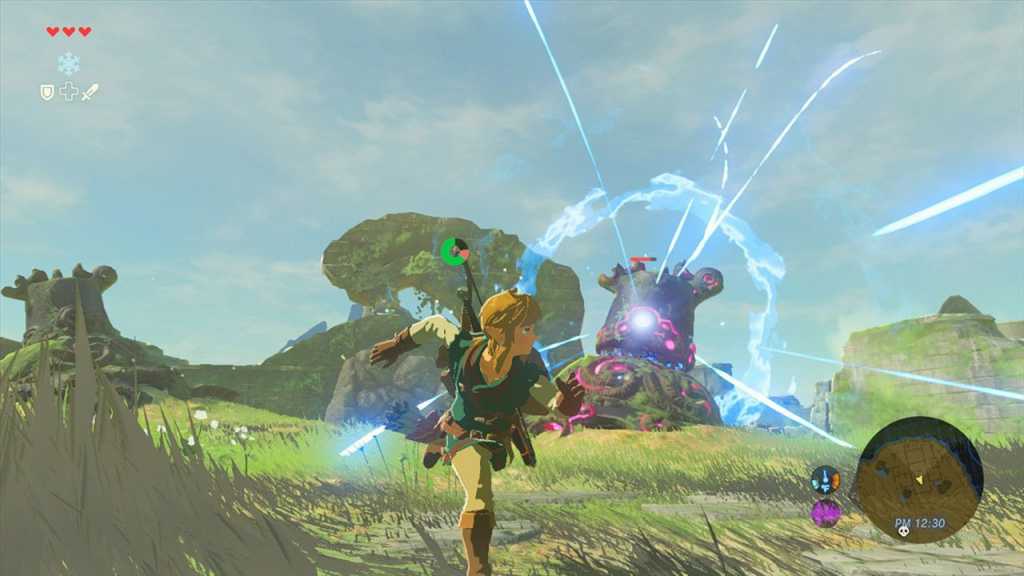