Waiting impatiently for the big comeback of one of the most famous action games around? The deadline is less than two months away, and now you can check what hardware you need to run it

One of the games The most promising for 2016, Especially when it comes to the action games category, is undoubtedly the fourth part of the Doom series - designed to reach the current generation of Microsoft and Sony consoles and PCs On 13 in May, In case there are no unexpected delays, of course.

As part of the journey towards the long-awaited launch, the game will receive closed beta tests for its online game modes, from March 31 to April 3 - that is, in about two weeks from today. The beta itself may be limited to those who made the purchase of the game Wolfenstein: The New Order somewhere in 2014, but it gives us all Updated system requirements (After prerequisites for the alpha version released earlier this year), which will likely also be very close to the final requirements, given that the beta phase is usually in a situation where the title is very close to launch. 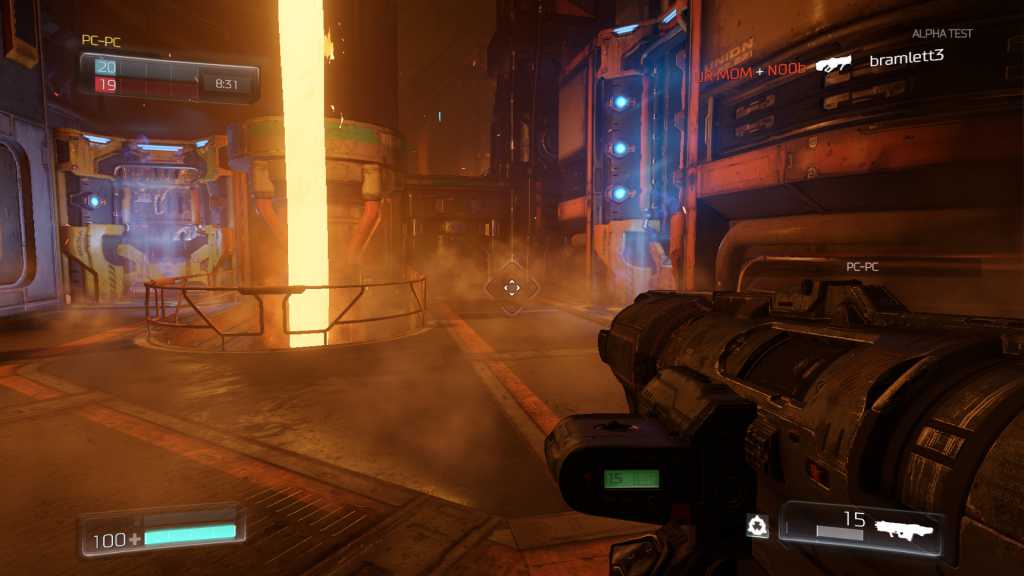 The new minimum requirements, which will be required to run the game in a respectable manner at a resolution of 720p (not specified whether at a rate of 30 frames per second or at a better rate of 60 frames per second), include an Intel Core i5-2400 quad-core processor or an octagonal FX-8320 processor Cores of AMD, 8GB of RAM, a Windows 7, Windows 8.1 or Windows 10 operating system (64-bit versions only), 22 GB of free storage and a GeForce GTX 670 or Sample graphics card Radeon HD 7870.

Recommended requirements for proper gameplay with a resolution of 1080p include a quad-core Core i7-3770 processor from Intel or an octagonal AMD FX-8350, 8GB or more RAM and an up-to-date GeForce GTX 970 graphics card NVIDIA Or Radeon's R9 290 sample AMD.

These are not insignificant requirements, especially when it is stated that they are designed for relatively low resolutions of 720p and 1080p, and escalation Compared to the hardware requirements in the game's alpha tests, Especially at the level of video cards required. It is further stated that the beta will not support the popular GeForce GTX 750 Ti card and video cards Mobile Of any kind, when it is not entirely clear whether the lack of support indicates that the beta tests will not necessarily work with these models - or just that the options have not been officially tested by the developer ID software.

In any case, it will be very interesting to find out if theDoom The fourth is really such a "heavy" game - or are these requirements meant to make it difficult to ensure as smooth and quality a gaming experience as possible for everyone. Until then - you are invited to enjoy a fresh gameplay video that shows all the online situation maps that the game will come with, before all the countless additional maps that users can create themselves through the intriguing Snap Map tool.