The ARPG game that claims to offer exceptional visual quality to the PC andPlaystation 5 is fast approaching its launch day. PC hardware requirements? One of the highest we have encountered to date

We are entering the busiest game launch period during the year, and next week one of the most intriguing games of the year called Godfall will be released to the world air.

Godfall is a third-person action RPG game that focuses primarily on a spectacular battle system. This game was developed by a young studio in California called Counterplay Games. This studio is made up mostly of veterans of the gaming world, with people working on titles such as Horizon Zero Dawn, Diablo 3, Overwatch and more. The cinematic trailer is in line with what is expected of the people behind the successful games in the industry of recent times:

This game was developed for the Playstation 5 console, with the hardware connection AMD Is an integral part of the development process. The use of Zen 2 architecture-based hardware for processors along with RDNA 2 for graphics cores gives rise to spectacular visual quality, with special adjustments being made to the hardware on the PC as well. AMD The equivalent:

The system requirements for the Godfall game have been released and we recommend those with reasonable hardware to sit down. 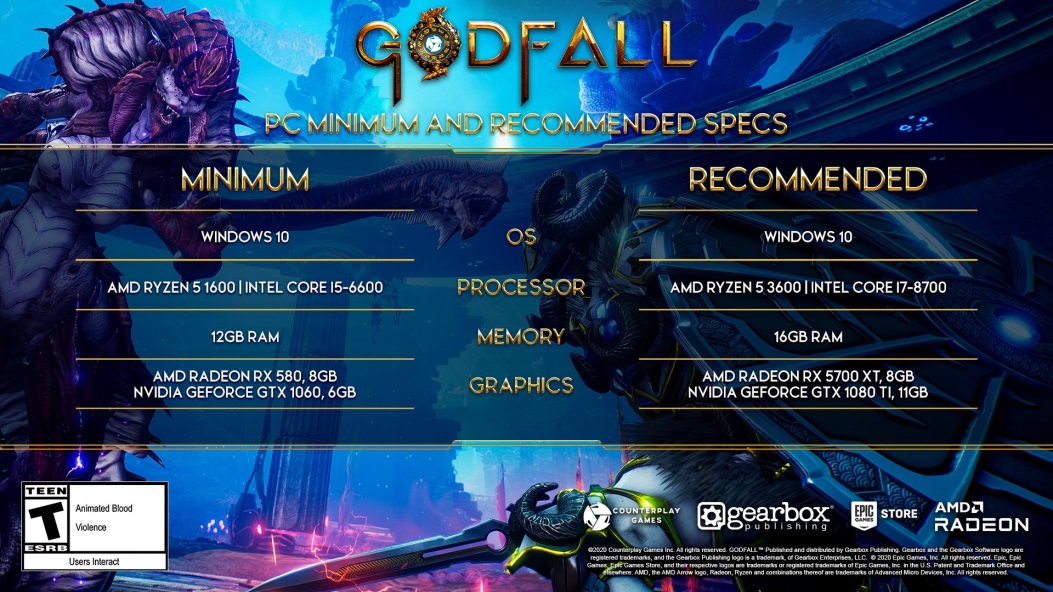 Recommended requirements for higher visual quality include a Ryzen 5 3600 processor or Core i7 8700 combined with 16GB of system memory. The recommended video cards are Radeon RX 5700 XT or GTX 1080 Ti. It can be estimated that this pair can be added graphic cards Having a similar graphic power for example RTX 2060 Super andRTX 2070 for example.

We are looking forward to seeing what Godfall will look like, how it will operate on modern hardware and especially how good the game itself will be apart from the visual quality.