The surprise of the blue hedgehog: Sonic Mania in the review

After years of disappointments and failed attempts, it seems that the way has been found to cause a mascot of a company Sega To stand out for good: to get back to the roots, without too many surprises and intricacies

Sonic is one of the oldest gaming brands in the gaming market, and over the years the Blue Hedgehog has experienced a slew of ups and downs, and as a kind of compensation for the mental anguish that Sonic Boom - the last official game in the series - we now have Sonic Mania, a game that takes us back to Sonic's golden age. The nineties.

Once you start playing Sonic Mania you will immediately feel like the game has jumped out of a mega drive game tape. Unusually, the game was not developed by the famous Sonic team, but by another team that included Sonic fan game developers. Indeed feel their love for the brand, ranging from the detailed and colorful two-dimensional graphics, superb music and stage design inspired by the original.

The game this time follows the plot of Sonic, Tiles and Knuckles who return to fight Agman's forces across twelve different areas. Some are based on classic areas, and some are completely new areas.

The design of the new stages is colorful and original, and playing with them is just pure fun and feels like a particularly crazy facility at an amusement park. But even the stages based on classic stages from the Mega Drive era did not remain deprived and received a new twist. For example at the stage of the chemical plant you will come across a bouncy jelly that will fly you quickly to the other end of the screen, making the stage a kind of giant trampoline.

At the end of each stage, a boss, one of Agman's friends or himself, will be waiting for you. There are some original bosses but the basis of most of them is the same - jump on the robot a few times and it dies, no surprises here. 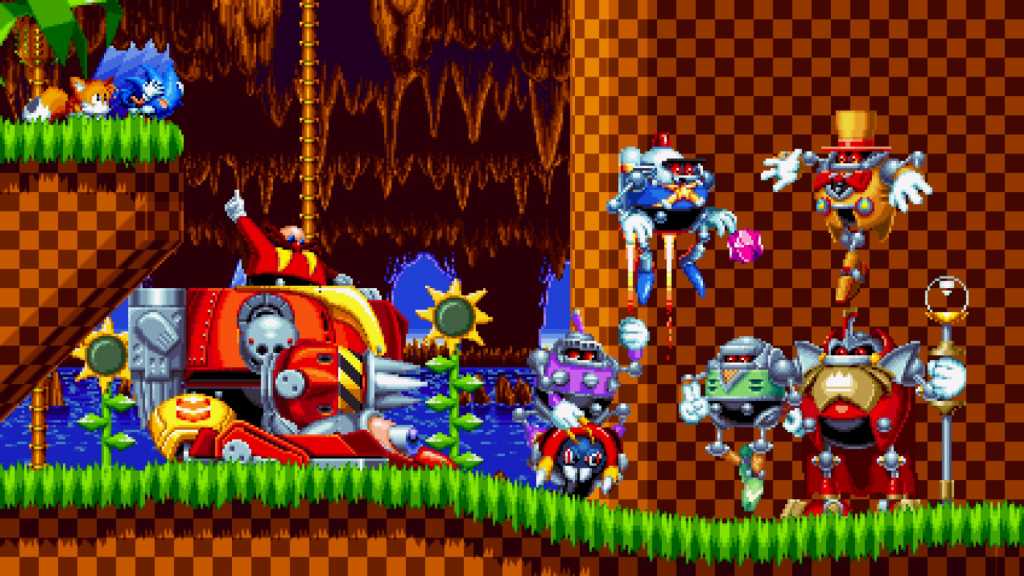 Controlling Sonic (or any other team member you choose to play with) feels great and better than ever, so if you die it will usually be because of you. On the other hand, here and there I have encountered a bad location of obstacles and enemies. "You died because at the end of the loop there was exactly a gate that closed on you, it's not really related to the player's ability, but more to the design of the stage.

Although the steps last only a few minutes, each area is huge in size and encourages you to return to it again and again. Each time you will discover new paths and different challenges. In fact, in the end, you will have to do so, because only then will you be able to locate all the bonus stages that this time are hidden around them throughout the stages. Just missing them is pretty easy when suddenly some random pipe flies you tens of miles ahead.

The bonus phase includes a XNUMXD game in which you must chase a spaceship and catch it. To do this, you will need to collect as many blue balls as possible that will add speed to you and allow you to close the gap between you and the spaceship. If you manage to finish the bonus successfully, you will get one of the Chaos Emeralds, and only if you collect them all will you actually be able to unlock the real end of the game.

But not everything is perfect. Let’s face it, looking for the opening for the bonus stages across the giant stages is not really fun. Especially since, as mentioned, it's enough to meet some bouncy ramp by mistake and that's it, you missed the entrance. Why was it impossible to suppose to bring back the idea from Sonic CD where you had to reach the end of the stage with fifty rings (a challenging task in itself)? I do not know, but it's a shame they did not think of some other idea. 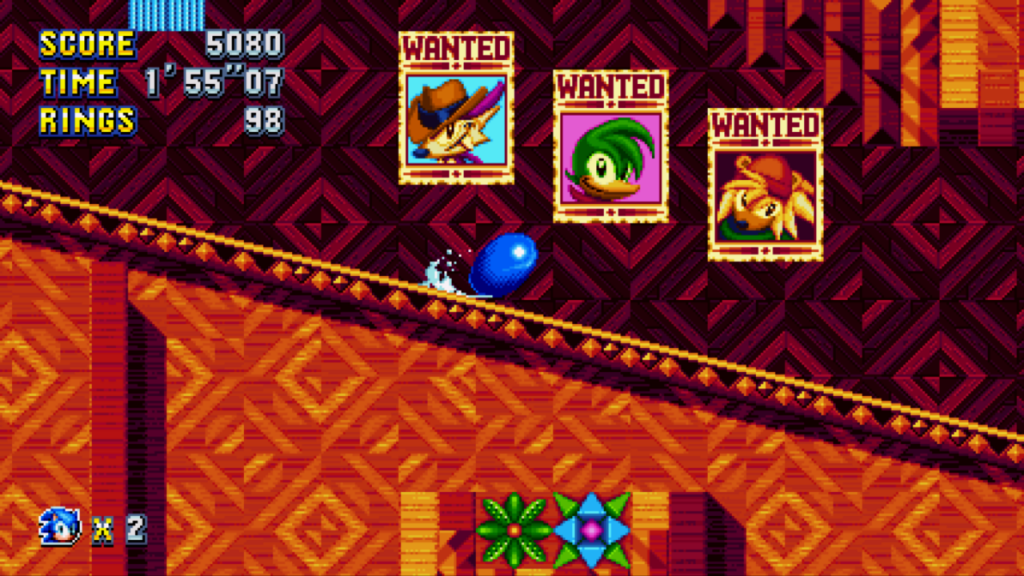 In addition, you got tired and already found the bonus stage and could not pass it? My condolences, you will not get to try again even if you have died and started the phase again. The gate will remain closed until you finish the entire game which will allow you to select stages manually. So maybe finishing the whole game in one run successfully is a challenge from the gaming days of yesteryear, but for today it is just less suitable.

But despite this point, it is without a doubt one of the most successful Sonic games of recent years. Everything you loved about the old Sonic you will find here - more beautiful, faster and runs at sixty frames per second. If you avoided Sonic for years because of its transition to XNUMXD, you now have a good excuse to re-experience something that is a kind of sequel to games from your childhood. Definitely recommended.