The ten most expensive games ever created

Create games Video It has not been a simple or cheap business for a long time, and here are some striking examples that the production of a leading game may cost as much as a Hollywood blockbuster

Slowly, over the years, the gaming industry has become an industry that has billions of dollars a year, along with the fact that games have become more complex for development. Therefore, it is only natural that game companies have begun to invest more and more budgets in their titles in order to become as attractive as possible to the gamers.

In recent years, these amounts have even begun to exceed the production budgets of Movies Blockbusters. So if you've wondered who are the top 10 games where you've invested the most money, you'll find out in this article.

Rockstar is known as a company that invests millions of dollars in its game production, so do not be surprised if this is not their only mention on this list. And we open it in Max Payne 3, the third game in the series that came out about nine years after the second game, was finally passed into the hands of the Rockstar after having previously dealt only with port consoles, and invested about one hundred and eight million dollars. His plot takes place years after the previous game, when Max, a former cop whose wife and daughter were murdered, leaves New York and takes on a job as a private security guard for a rich family in South America, only to find that he can not work there too.

The high production quality of the game has brought him positive reviews, but relatively moderate sales to Rockstar's standards.

Another game from home Rockstar, and this time an open-world game that was one of the most prominent for the Xbox 360 console and PlayStation 3: Red Dead Redemption from 2010. The game takes place in California and Mexico in the early 20s, and you play John Marston, a former lawmaker who goes on a mission to eliminate his former gang members for government Who holds his family captive. The game's budget was close to a hundred and nine million dollars, and the result was a quality game that received quite a few "Game of the Year" awards. 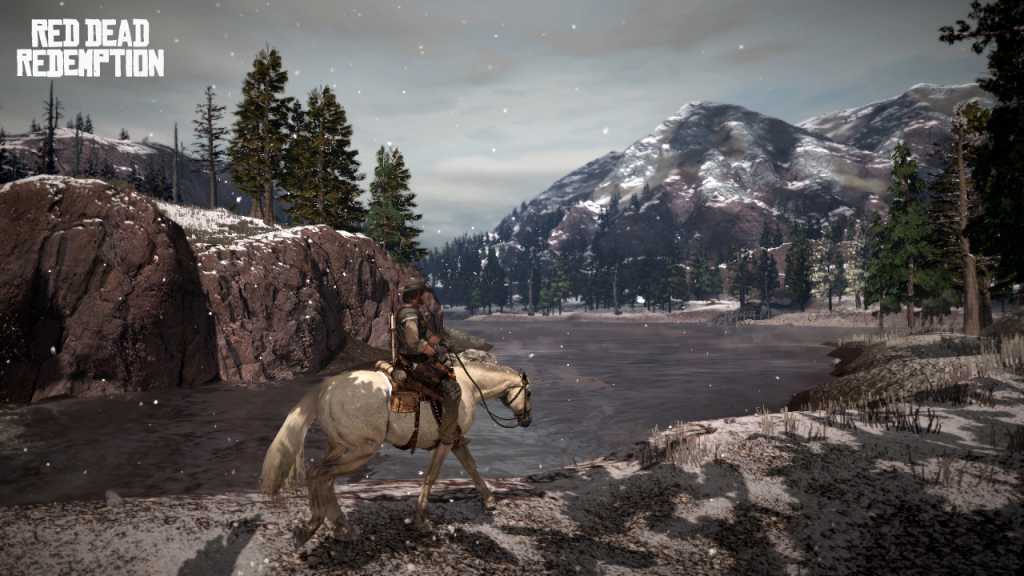 But if you need proof that investing millions of dollars in a game is not necessarily a formula for quality or success, the All Points Bulletin from 2010 is the example. It turns out that this game also invested one hundred and nine million dollars, and five years of development. This is a multiplayer game that tried to be kind of GTA Multiplayer, and did not quite succeed.

He received very lukewarm reviews from critics and gamers alike, so that a year after the game was released, he was re-launched and became Free 2 Play. But if you look at his reviews for a moment,Steam, Discover that even this step apparently did not really make him become better ...

And another game in which millions of dollars have been invested, one hundred and ten to be exact, and probably not many heard about it is Too Human from 2009, which was an exclusive action action role for Xbox 360. The game offered the SinglePlayer mode and multiplayer mode and was from a combination of Nordic mythology with science In a world where humans and their gods are at war against machines that have destroyed most of humanity. The game received only average scores, and was not unusual enough to be remembered years later. 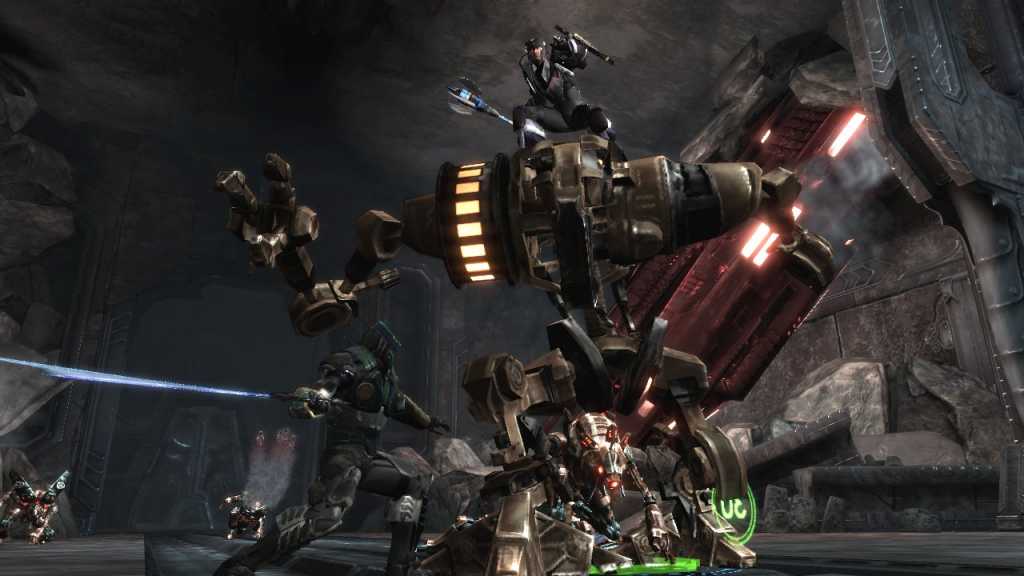 After their crazy success GTA 3, Wise City and San Andreas. Now it was clear to Roxstar that they had a brand that produced gold eggs, so it's no surprise that in the fourth game they invested over $ 100 million, an investment that returned within less than a day of sales once the game was released on 2008.

The game in Liberty City, a simulated version of New York, follows the attempt of an immigrant named Niko Bellic to make a big success in the city. It provided gamers with dozens of hours of good story, fun gameplay and amazing graphics for a time that actually holds up pretty well even today, especially if you take into account your computer.

After Bungy, developer of Destiny, lost its rights to the development of Halo games, it decided to develop a game Network In a similar environment of its own, Destiny, an online shooting game where you create your own character and embark on the mission of saving humanity, arrived a year ago.

The game that many talked about before leaving when the company made sure to create quite a bit of hype, turned out to be a mediocre and not particularly ambitious shooting game. Still, all the advertising did the job and he managed to return the investment of one hundred and forty million dollars he had made to the company.

One of theStar Wars The all-time popular was a game called "Knights of the Old Republic," so when "Star Wars: The Old Republic" was announced, many people wondered what BioWare, The developer of the game is preparing for them, especially given that no less than two hundred and ten million dollars was invested in it and it was going to be an online game.

The game that came out on 2011, takes place at a time when a peace agreement was signed between the Sith Empire and the Republic, allowing you to create a character who joined the army of one of the parties. In spite of the good bets, the great money, and even the positive reviews, the gamers found that this was not a particularly innovative game, so even though, on the day of its release, a million players were signed up, that number soon dwindled. To keep the game alive, after a while it went through a few changes and became a Free To Play game, so according to data from BioWare It currently has about a million active players a month. 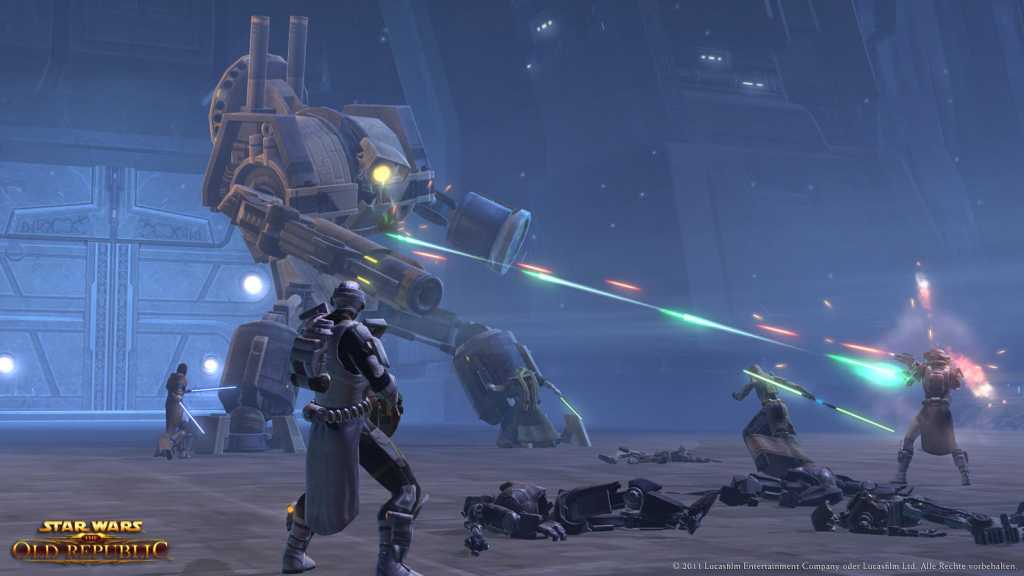 Final Fantasy 7 was one of the most popular and most nostalgic games in the field. The 1997 game was spread over three full disks, following Cloud, a former fighter who joins an underground organization to stop a corporation that destroys the planet's life force.

The game featured innovative graphics for its time, a fascinating plot, and dozens of hours of gameplay. Two hundred and fourteen million dollars were invested in its development, with most of the money actually going to advertising. But it worked for an excellent Square developer because it became one of the best-selling games for the first PlayStation and paved the way for other Japanese games that have now found their way to the West as well.

Well, it probably is not a game that surprises you that we're on the list, because there's a lot of talk everywhere about the huge sums invested in it, two hundred and sixty-nine million to be exact, an investment that once again proved to be correct by Rockstar. GTA 5 was first released on 2013 for PlayStation 3 andXbox 360, but since then has been able to get a renewal of the current generation consoles and PC version.

He brought gamers exactly what they wanted to get fromGTA Of the next generation, a narrative innovation that tracked three characters in one place, and is considered by many people as one of the best games ever. As of today it is also one of the best selling games of all time.

And for the first place,Call of Duty The most expensive ever produced: Modern Warfare 2. The 2009 game was the most expensive production of Activision with $ 200 million and $ 6 million expenses, with almost 80% of the total spent on game advertising and not on its development.

Activision's investment turned out to be correct when the game alone sold over 20 copies and spent quite a bit of money back into the company's pocket. In terms of the quality of the game, he received quite a few positive reviews from the critics, and was considered by quite a few people to one of the best games in the series. 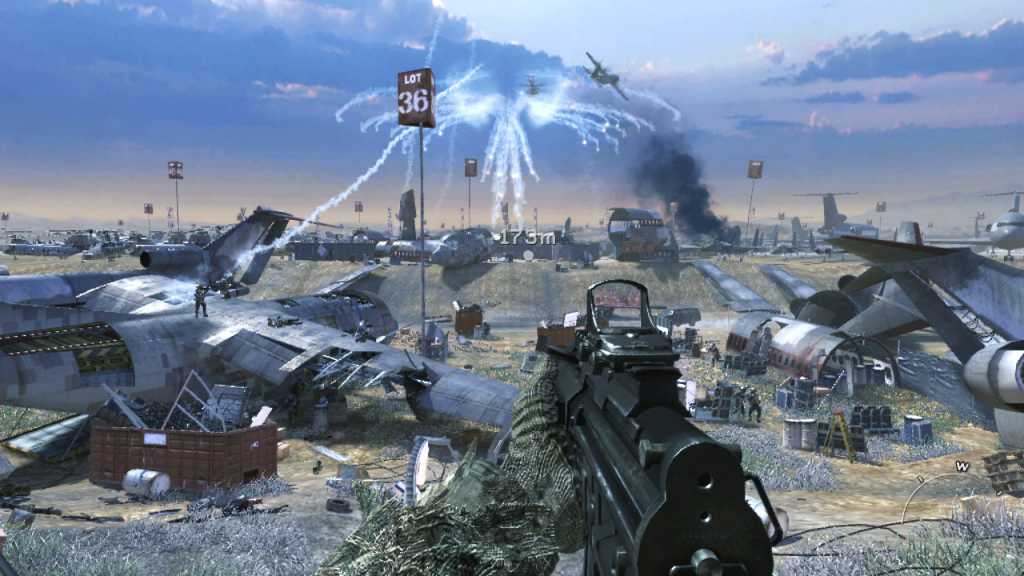