Blizzcon 2019 Conference - The leaks turn out to be true. Blizzard announces a brand new Diablo game that promises to return to the dark origins of the classic and addictive brand

After a weak Blizzcon conference that failed to meet expectations last year, Blizzard opens the gates of hell this year and introduces an entirely new Diablo title since Diablo 3 launched in 2012. The new game is a continuation of the plot line created by Diablo 3.

After over two years of development, we get to see the secret project that makes Diablo 4. Dark, Gray and wrapped in death, Diablo's world is getting new-old colors that will bring back players who have spent a lot of time in the first two Diablo games. Watch warning: Contains content not intended for children

At the center of the plot is Lilith, the daughter of Mephisto, Diablo's niece. Blizzard opens a cinematic video that is all blood and worship and manages to catch the doubters' attention.

Currently, three out of five characters have been announced for the game when the game is launched - the Barbarian, the Sorceress and the Druids. Each character will come up with the classic spells and attacks we expect. The barbarian with his powerful physical power, the witch with elements of fire, electricity and ice, and the Druid with pets elements of nature itself and the ability to change shape for various prey animals in battle.

Diablo's world will be open to players and they can choose which area to go to kill monsters and demons at any time. Each area has a different level of difficulty, and after getting to the maximum level, players will be able to participate in many other activities. Each area of ​​the world map can contain a certain amount of real-time players. These players will be able to team up to eliminate a particularly powerful monster in the area, join each other in many dungeons, swap objects and sometimes kill each other for fame and money. Right now the game is still in the stages Development Early on, when head game designer Luis Briga said the game was still close to the exit, not even in Blizzard's terms. This means that to be optimistic, the end of 2021 will be an upcoming launch. By then, we are likely to see the market flooded with isometric ARPG games like Diablo. Some are under development, some are already getting major updates one by one. 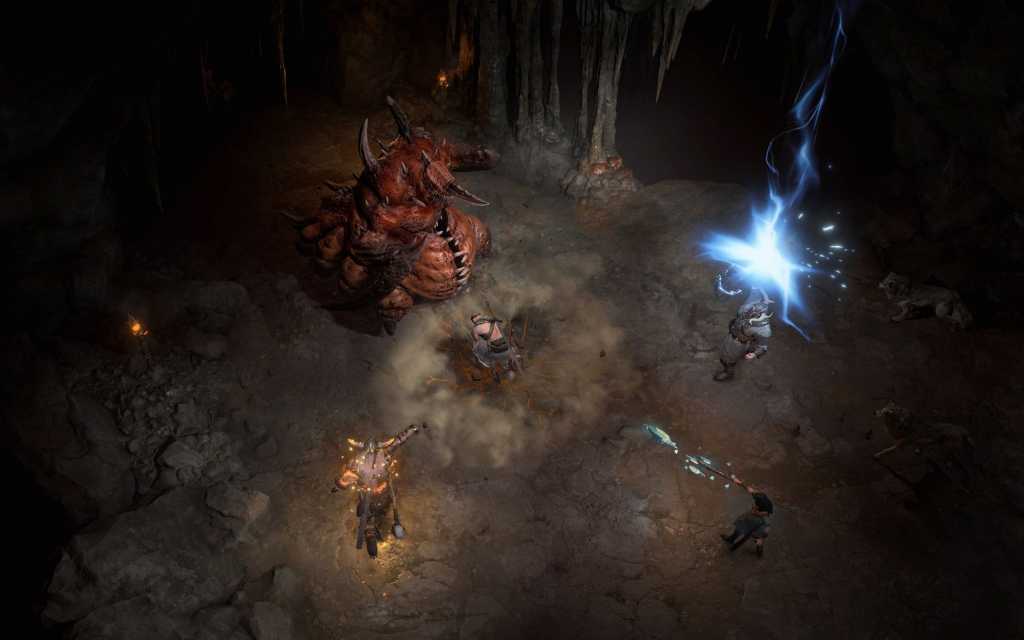 Blizzard has promised that you will update players every quarter on advances in the development of Diablo 4. We remain hopeful that she did not compete for the mistakes she made before launching Diablo 3 with countless postponements and replacements by teams Development.


Wait, there's more!
Join To the group of zon And you can receive exclusive updates on various offers on the net, share content that you find interesting, consult with members of the site, and more - Join now!
Tags
Blizzard Diablo 2020 GAMES
Share
Facebook Twitter LinkedIn WhatsApp Telegram