The upgrade we were waiting for? Creating maps for Hotline Miami 2 comes

The fast, bleeding and addictive indie game has an added bonus that can bounce it back to relevance and improve it significantly

If you have not tried yet At the Miami Hotline and-Hotline Miami 2You're missing out on two of the most unique indie games ever seen on PC. These are surreal and even psychedelic action titles at times, with a pixelated style in the spirit of the 80s sleazy and sharp, fast and without too much mercy, that will somehow make you keep playing as if you were glued to the chair.

Now, the modest developer Dennaton Announces at last On the most natural addition to the second title in the brand, which was launched earlier this year - the interface for creating steps and tasks. When playing in the Miami Hotline it is easy to notice that the stages consist of very similar elements that are 'glued' together in a different and original way at each stage, and these are basic elements that undoubtedly cry out for a little pepper from the players' own minds. To create challenging, big, fast and even crazier stages.

Now, as mentioned, all this is going to be possible for us - a beta version of Map Maker will be launched on the platformSteam On December 10, when a full and final version is expected to arrive during January 2016. The map editor should allow the creation of videos, tasks and even entire campaigns independently by game enthusiasts, with the highlight probably being the ability to create large and complex stages up to six stories high. 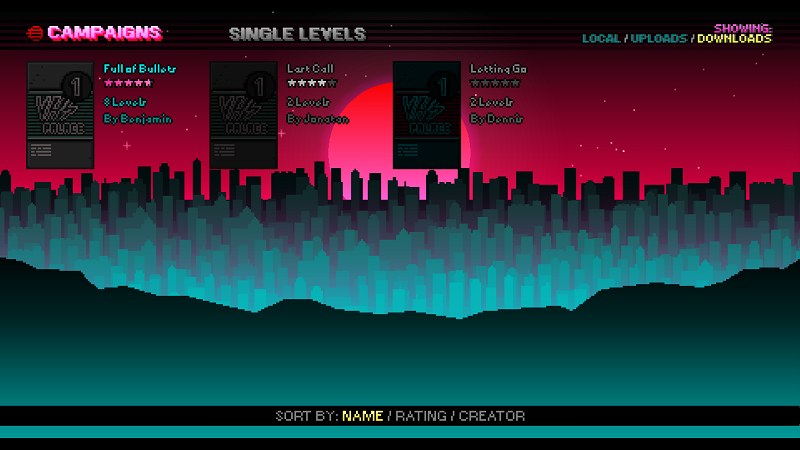 Not sure the new map editor will be able to hold Hotline Miami 2 to the headlines of the gaming market, but we certainly look forward to checking out what are the steps created by all those addicted to the title and just waiting for the opportunity to perfect their formula according to their opinions and desires.

The creator of the maps for Hotline Miami 2 is expected to arrive about a year and a half after it was first shown - better late than never?