A new game combines digital cards, survival and role-playing games - and does so well that you simply can't detach yourself from the screen

Know that playing such an addictive game that you try to convince yourself that "just one more round is enough" but then find out that you've actually spent a good few hours on it? Well, the indie game Slay the Spire, is just that.

It's a bit hard for me to define exactly the genre of Slay the Spire, but you could say it's a kind of hybrid between a Roguelike game and a single-player card game. Not knowing what Roguelike is, since it is not a term that has a Hebrew translation, it is a game in which the events are completely random, so that each time you choose to start a new round, you will have an almost completely different experience than last time.

In Slay the Spire, you embark on a journey, a continuous quest for enemies, traps, secrets and bosses in a mysterious tower, with at your disposal a deck of cards, which is your way of fighting enemies. 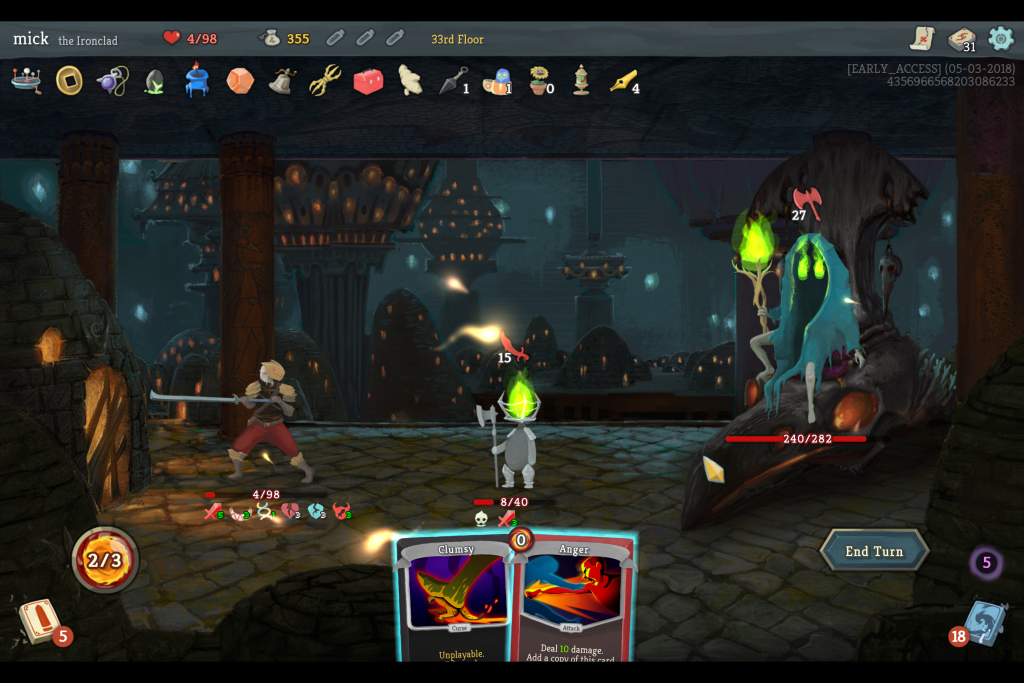 When you climb the tower, you will actually build your own route, with the possible routes randomly created. Each step can be a battle in front of a monster, a shop, a campfire where you can rest or upgrade one, or a question mark that can be a completely random event that can greatly help you, or actually cause damage, such as trashing your deck of cards with a card that at best does not Nothing, or in the bad case, will hinder you from playing.

Whenever you choose to face a monster, bosses or bosses will come into battle with them as the cards represent the actions you can take against them. 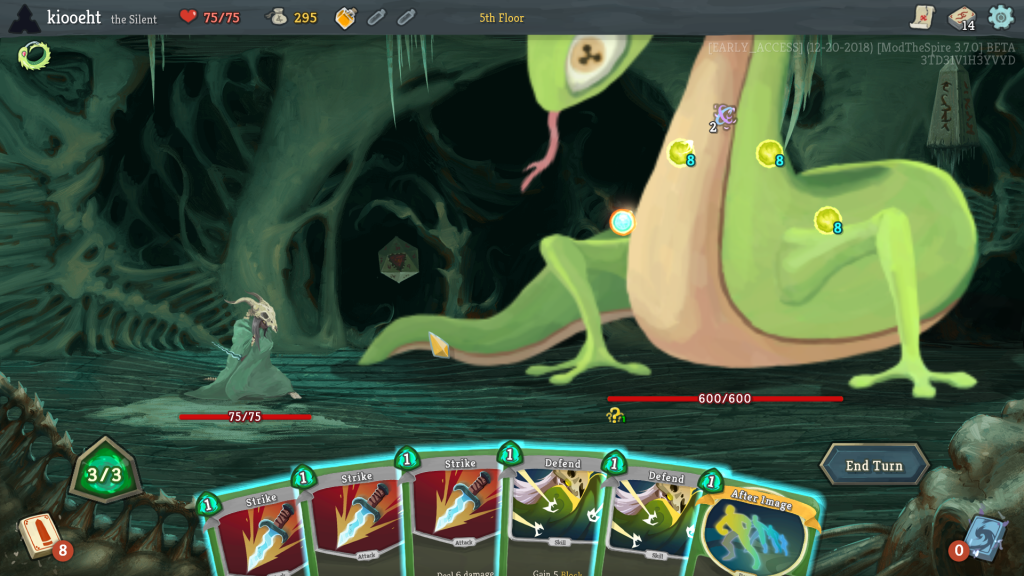 The basic principle of card playing is very simple. At each turn you will receive a number of cards from your pack, with which you can attack an enemy, or defend yourself with protection cards that are valid for the same turn. If the enemy does damage to a number that is greater than the protection you need, you will damage the points of life, and the same is valid for it.

In each round, you will know in advance what your opponent intends to do based on a sign that appears above his head, so you can carefully plan your strategy for the same turn.

Combining this basic principle will become complicated as you encounter the various and varied enemies that roam the tower. Enemies will impose on you governmental statuses that will weaken your protection cards, or put into your pack cards that do nothing, so if you are careful you will end up in a situation where you will not be able to take any action in line. Or you'll encounter enemies who summon help, duplicate, or even bring themselves back to life as long as their friends are still in the ring. Of course, to deal with all of these, the basic cards you will initially receive are not enough. But don't worry, during the journey you will find and win many antiques that will give you different bonuses in each battle, you will receive potions and of course new cards and many more interesting things you can choose to add to your pack if you wish.

Which cards you find depends on the character you play, because Slay the Spire has three characters to choose from, each with such different battle strategies, so playing with each is a completely different experience. 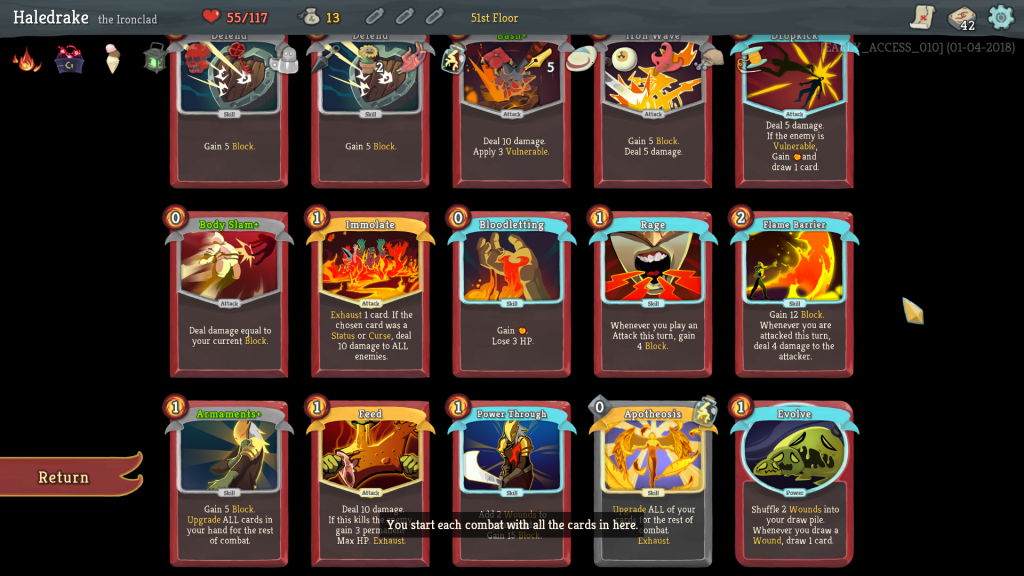 For example, I really like the character of Silent and love trying to build a pack of poison with her that, if used correctly, can take down dozens of life points to enemies in each turn without having a way to defend it with a shield.

But take note. If you die, the game is over. You will have to start all over again, that is, with a basic pack, and you will have to re-climb the tower. The idea is that every time you die and start over you will lose all your possessions, but you will now know that you did not have them before. 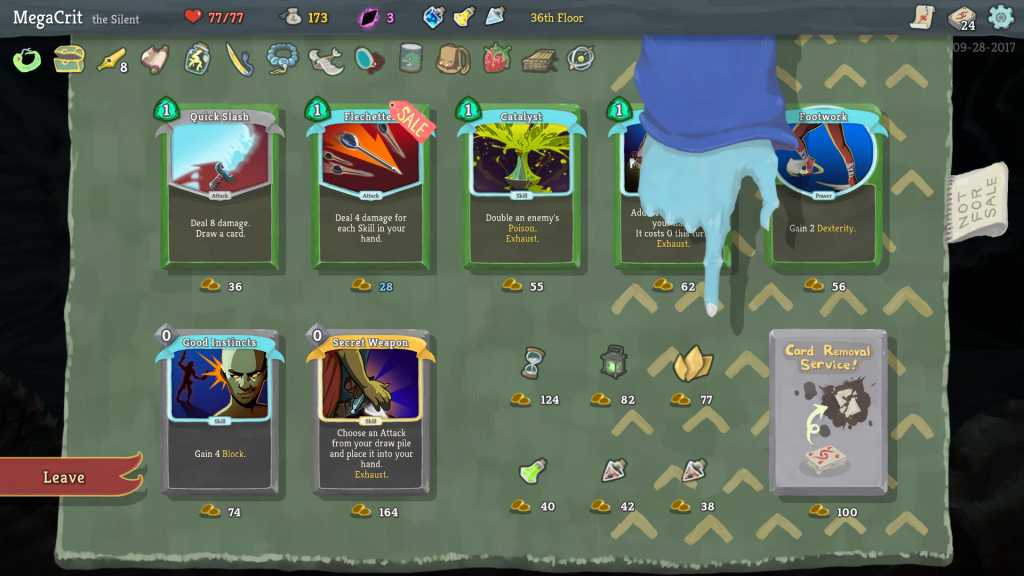 In each round, you will find out more information about which creatures walk around the tower and how to deal with certain types of enemies. Find out which cards work better together, which cards are worth upgrading, you can try to assemble different decks and learn how to route your route and more. In addition, at the end of each round you will receive points that, if you accumulate enough of them, will open cards and antiques that did not appear before, and add more options.

While it sucks a bit to reach a perfect pack and then lose it, it is precisely what makes the game so much fun that you do not know what will happen this time. 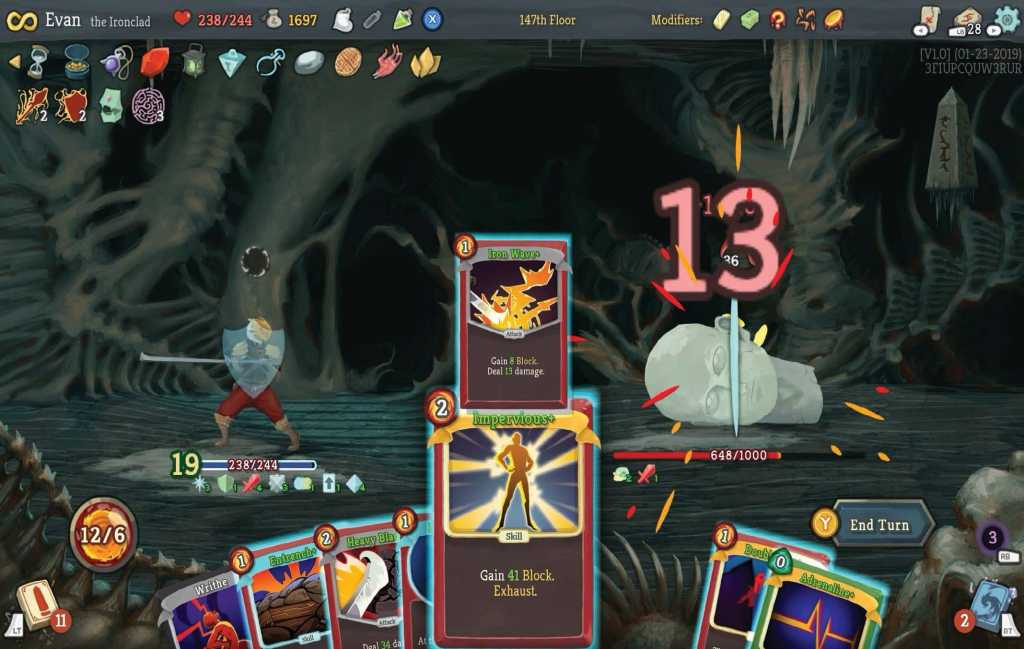 But unfortunately, even with the randomness of the game, it eventually reaches a point of exhaustion. After a few dozen rounds, you'll already know all the possible monsters and all the cards, antiques and potions and it'll be less interesting, even if you can challenge yourself to increasing difficulty levels if you're in the section.

On the other hand, until that happens you will probably find that you have been burning for decades, which is perfectly fair. Besides, if you play it on your computer, you will find that it has a community Modding Active, so you can try new characters the community has created, along with new monsters and cards. 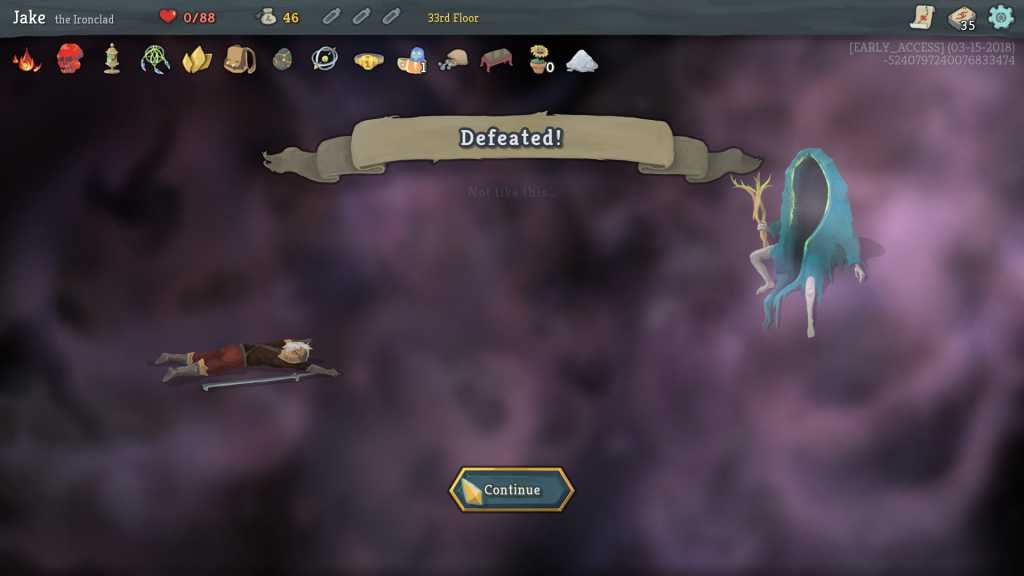 I can say with full mouth that this is one of the most original and fun indie games I've played in the last year. Apart from the interesting gameplay, it is full of witty writing, original and strange monsters, and dozens of options to play with the three characters in the game. Definitely recommended if you are looking for something new and refreshing.


Wait, there's more!
Join To the group of zon And you can receive exclusive updates on various offers on the net, share content that you find interesting, consult with members of the site, and more - Join now!
Tags
Steam 2019 GAMES GameGems
Share
Facebook Twitter LinkedIn WhatsApp Telegram