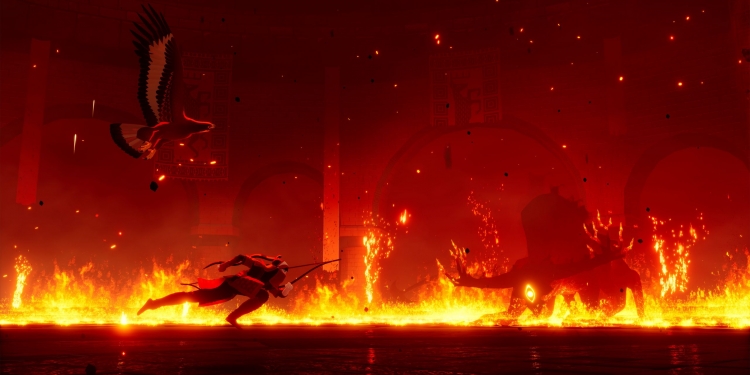 A new free trio of titles is now available for you at epic Games, And alongside it many discounts in the best tradition in the Steam store

Another quality weekend is ahead of us, with countless Special Deals In Israel and abroad on gadgets, hardware, electrical products and much more - and also with deals in the world of gaming forPC, Which combine free distributions alongside interesting discounts. We have gathered for you the most successful recommendations in one place, so you only have to decide what is best in your eyes and take action.

Three free games are waiting for you at the Epic Games Store this week, until Thursday 25 November - and the first of which is not exactly a game in the classic sense of the term but more an up-to-date surrealist musical show this season. Kid A Mnesia Exhibition, On the occasion of the launch celebrations of the album Kid A Mnesia from the band Radiohead which is in turn an updated and expanded version of two classic albums from the beginning of the millennium.

This unique digital experiment is available for PC-based computers Windows And for Mac OS through EGS, and at the same time through Sony's online store for Consoles PlayStation 5 - Everything is free, at least at this point.

Also the platform game and the thinking Never Alone From 2014, when you will alternately control a girl from the native Infiat tribe of the state of Alaska and its pet fox, it will be available without payment for the next few days - instead of a basic price of NIS 50.95.

The last free mast is a 2015 role-playing and turn-based card game that answers there Guild of Dungeoneering, With a charming graphic style that simulates pencil drawings on a sheet of paper and the possibility of assembling your own random dungeons. It also originally cost NIS 50.95, but is now available free of charge at all - at least in its base edition, when for The ultimate version You will have to add NIS 40.77 if you decide that there is a justification for this.

Outriders, The ambitious action game from Painkiller and Bulletstorm, was launched last April and did not exactly manage to gain momentum when it sold at full AAA title -but now it is trying to make a comeback after cutting 67 percent of the original recommended price, with an unprecedented cost tag of 68.97 Shekels (and there is also blood for the hesitant). Would you be willing to give him a chance?

The enhanced trilogy of crime games in the Mafia series Down to half the price now - NIS 119.5 instead of NIS 239 originally, when it is also possible to purchase each of the titles separately at a competitive price: only NIS 39.6 for Mafia 2: Definitive Edition and Mafia 3: Definitive Edition (separately), and NIS 84 For the original Mafia that received as a reminder the most comprehensive and impressive upgrade work of the three.

Click here to go to the package page on Steam

A fresh and promising adventure and action game this season The Pathless And comes to us from the producers of the underwater exploration and survival game Abzu, offered at a launch price of NIS 97.46 after a cut of 35 percent of the full price.

The successful first-person role-playing game vapors, Which operates in turns and moves in squares similar to games from the far past of the genre, is available at its lowest price so far - only 18.48 after a 75 percent discount, when it is also possible to take its prequel Vaporum: lockdown Launched last year for NIS 33.47 with a 50 percent discount.

We could not score in your games? You can jump in to view the full range of promotions atSteam At the following link and continue to search as you please. Successfully!

Click here to go to the Complete Offers page in Steam