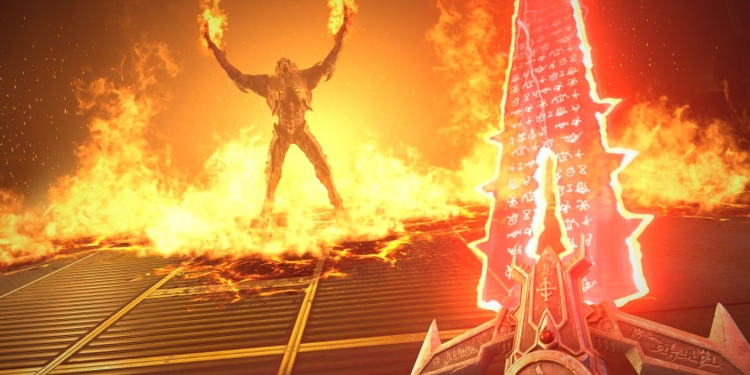 Doom Eternal, the sequel that will enter the big shoes of the revamped Doom, was first shown at the show E3 Last June - but it can be said that we only really get to know him now, as part of the annual Quakecon conference where we received a great long gameplay video as well as first juicy details.

The new game is based on a new and improved id Tech 7 engine that allows you to create large and detailed scenes up to 10 times more than the id Tech 6 engine that we saw (among other things) inDoom Two years ago, it functions as a kind of direct game to the plot line from the previous time - when this time the protagonist comes to save the planet from the onslaught of hell creatures, and will also go through a kind of version of paradise as part of the many steps waiting on the way to the goal.

Doom Eternal includes not only updated versions of all the major weapons that accompany the games Doom Since the early XNUMXs, but also significant upgrades to the gameplay style itself with you can quickly jump in different directions to avoid damage, climb certain objects, launch missiles, grenades and also flare up from units that are permanently attached to the hero's shoulders (regardless of the main weapon used). Use) and also "fly" towards the enemies using a new secondary shooting mode for the Super Shotgun weapon. All of these certainly manage to make the game feel faster and more acrobatic than ever, with the excessive violence helping to remind us that this is aDoom The good old and nothing else.

At the end of the gameplay video you can see a kind of energy sword that the protagonist is about to use - and this is expected to be one of the new weapons that will be added to the rich arsenal of demos, as part of making him (and players) feel even more powerful and formidable.

Doom Eternal will also feature different-than-usual online game modes most of which have not yet been officially unveiled - what was briefly unveiled is an asymmetrical online mode similar to that of the successful Souls series of games that will allow players to invade the plot of others as demons, powerful and challenging More than usual and will allow for a refreshing and less predictable experience as part of each replay.

It is not yet known when Doom Eternal will be launched, but according to the video showing a nice level of maturity it can be estimated that it will happen sometime during 2019 - for PCs, consoles of the current generation of Microsoft Office And Sony, and also for the Switch's Nintendo Wii. what do you think? Let's tell in the comments.