Might & Magic, Voice of Duty and more: the hot deals of the gaming world

Buying games at their full price is slowly becoming a real injustice, taking into account the endless number of discounts that can be found across the net, daily and weekly.

This time, we're talking about the Humble Store which regularly allocates some of its revenue to charities, And currently offers winking discounts on several of the titles of French distributor Ubisoft - with the highlight being the excellent Far Cry 4 for only $ 36 (almost half the original price), alongside which you can get Assassin's Creed IV: Black Flag for only $ 20, Watch_Dogs for only $ 20, Far Cry 3 for $ 7.5 and more and more. In short, if there is a game of UviSoft That is not yet in your virtual collection - now is a good opportunity to fill in the blanks. 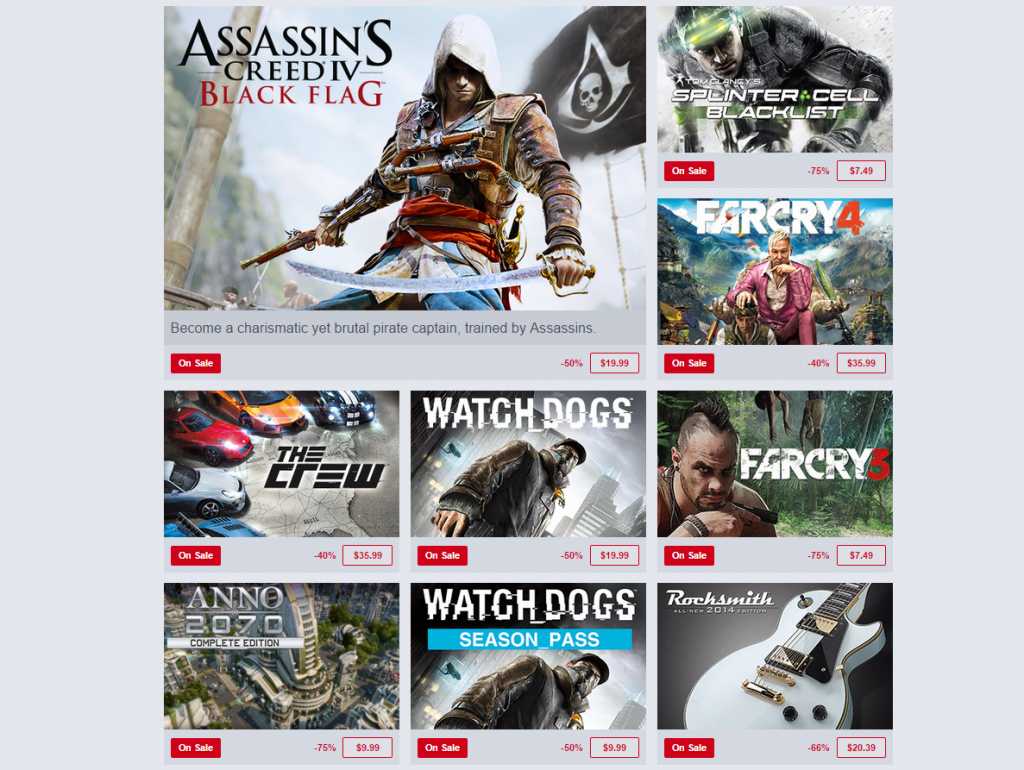 At the same time, the sets are asleep A relatively rare sale on all the titles of the never-ending Call of Duty series (And other titles from distributor Activision) - starting at $ 45 for the Gold Edition Of the successful Advanced Warfare from last year, Through a cost of $ 20 or $ 10 on each of the older brand titles, and ending with "Mega Packs" for all the content ever launched to give the Modern Warfare series and the Black Ops series.

For those for whom money is no limit (or for really die-hard fans of the first-person action the series offers, the ultimate package of all that includes the full content launched to date under the brand is also offered - for a total price of "$ 200" only.

For dessert, we'll return to The latest Humble Bundle package (From the same people who conceived the Humble Store) which also focuses on home titles UviSoft - In the titles of the Might & Magic series on a variety of types, to be exact.

In this delightful nostalgic package you will find the first six titles in the first-person role-playing game series Might & Magic, plus two spin-offs from the spin-off titles of the strategy in turns that surpassed the original over the years, Heroes of Might and Magic 2 in the Gold Edition and Heroes version of Might and Magic 4 in its full version.

Finally, in the best tradition, those who pay an even higher $ 15 will receive some more impressive bonuses - the first-person role title that returns the crown to its old Might and Magic X - Legacy, the role-playing game Might and Magic: Dual of Champions, the independent expansion pack for Might and Magic: Heroes 6 and also Heroes of Might and Magic 3 in its updated HD version.

intrested? You should hurry - the deals on sets will end today (May 4) in the afternoon, while the Humble Store promotions will end this coming Friday and the offerHumble Bundle The current one will be available until Tuesday next week.